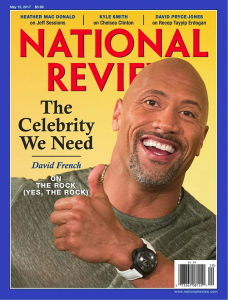 Of course, at the bare bones game-theoretical level, this type of conservative article frames political life as an iterative prisoner’s dilemma, where the optimal strategy is mutual cooperation between Left and Right. Now, in the golden beforetimes, there was cooperation, although recently, the Left has begun defecting while the Right still cooperates. The warning is, of course, that further defection from the Left will result in a defection from the Right — and nobody defects quite like the Right (hence, Hitler). So this dilemma is asymmetrical. Defection from the Right results in catastrophic loss for the Left and possibly for the Right as well, given that they summoned Yog-Hitleroth who’ll soon devour their souls. 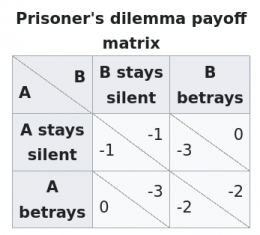 We know from the research of Johnathan Haidt, Anonymous Conservative, and others that disagreements between what we call conservatives and liberals aren’t caused by differing convictions so much as different neurotypes, brain structure, and neurochemistry. I won’t go into the neurological science — suffice to say that the difference between liberals and conservatives can be spotted when comparing their split results on the Big Five personality traits test. Specifically, the dominant conservative trait seems to be conscientiousness, which has the two aspects of industriousness and orderliness, whereas liberals seem to be more defined by their openness to experience. An image emerges of the stalwart, disciplined, hard-working conservative and the freewheeling, head-in-the-clouds liberal. Indeed, the existence of such stereotypes shows us that folk wisdom comports with the scientific findings.

This is nice and informative and tells us that the conservatives like order and work hard, while liberals like new experiences and are more intellectually inclined (though not necessarily more intelligent). It tells us what people like to do, but personality psychology also tells us what deeply wounds and psychologically destroys people. As I painfully learned during the coronavirus lockdowns, denying a highly extroverted person the opportunity to mingle with people and frolic in the sun causes severe depression, sometimes leading to indulgence in the few hedonic pleasures left with devastating consequences. If you want to see what highly agreeable people act like when they have nobody and nothing to care for, look no further than your nearest refugee-welcoming, pitbull-keeping white woman. Leave open people without new experiences, and they wither on the vine, going slowly insane out of boredom. And if you really want to drive a conscientious person crazy, disrupt the order of their surroundings and deny them the opportunity to contribute to their societies. The opioid crisis in America is fueled by a sense of purposelessness in the highly conscientious white Americans who’ve lost their jobs to globalization and diversity.

The third exhibit in our sad procession is none other than our old friend QAnon, a narrative which convinced Trump supporters to heroically cooperate (“trust the plan”) even in the face of multiple and egregious defections from Donald Trump. And sure enough, these philosophies and screeds have millions of supporters, whereas the Dissident Right screed of defection from the system carries no coin with them. To them, we are losers, Nazis, and other fine epithets.

The neurology of the conservative will choose order and labor, even self-destructive order and labor (there’s that altruism characteristic of whites again) over dissent and defection. The marketplace of ideas will always provide a narrative on why cooperation in the face of repeated and blatant defection is heroic, as well. Remember, the marketplace of ideas doesn’t produce the best or truest ideas, because value is subjective. Rather, in this marketplace, those ideas that are the most subjectively valued by people will receive the most traction, and so comforting lies — and few things are as comforting as the notion that following your neurological biases is heroic — will soundly outcompete uncomfortable truths.

The word “elite” is thrown around a lot these days. From the context of what they’re saying, I gather that a lot of people seem to conflate it with positions within government and society. I see things differently. Elite are those who have the option of defection. The normie Right cannot defect. The bioleninist client coalition is so addicted to chaos that they cannot cooperate. The elite are those who can choose and therefore engage in an actual battle of wills. Whoever wins in this battle of wills gets to impose an equilibrium of his own choosing on the so-called normie who cannot defect, who hasn’t got the neurology for it, who watches a TV program because it’s on TV.