Another Reason to Hit the Gym Countless multitudes recently undertook an annual ritual: making New Year’s resolutions. Surely one of the most popular is to begin an exercise program. For regular gym rats, we observe that the January crowding starts to taper off by February. Perennially, it’s clear evidence that there’s a problem in following through. However, you can take extra assurance by a recent Time article, which tells us that getting fit isn’t just the right thing to do, it’s the white thing to do. Thanks, mainstream media!

This one is called “The White Supremacist Origins of Exercise, and 6 Other Surprising Facts About the History of U.S. Physical Fitness.” Ooh, scary! Granted, not long ago I was griping that I can’t look at my news feed without seeing a bunch of ridiculous race-agitation clickbait, along with other predictable fare. (I’d like to have a word with whoever pipelines this crap down the Microsoft Edge transmission belt.) In this case, though, let’s not judge a book by its cover!

Speaking of books, the article is about one soon to be released concerning the American history of physical fitness. The interviewer, Olivia B. Waxman, has a chat with the author, Natalia Mehlman Petrzela. Actually, it opens about like I did:

Nowadays, at the beginning of every New Year, many Americans hit the gym to work off their holiday feasts. This momentum usually starts to fade in mid-January, according to a 2019 analysis of data on fitness tracking apps by Bloomberg.

Well, shucks, I could’ve told her so without all that fancy data analytics! That leads into a discussion between Mesdames Waxman and Petrzela concerning the history of exercise in American culture. 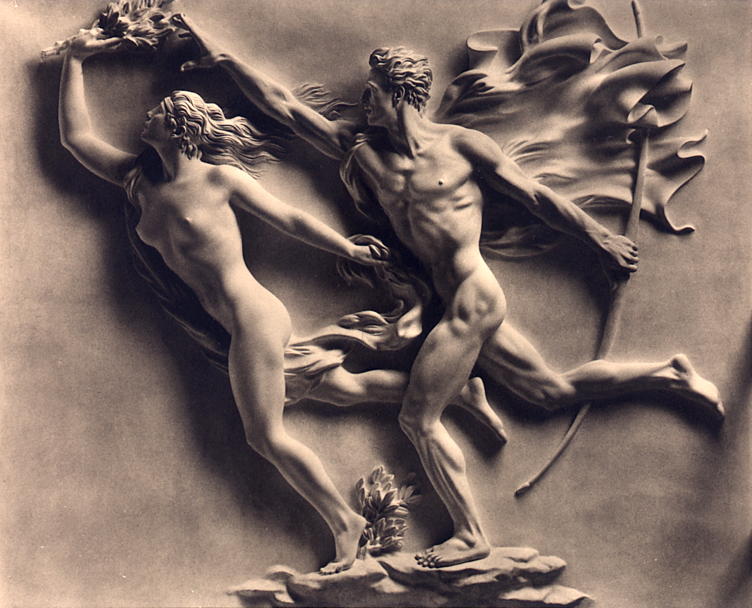 Not exactly the narrative they had in mind, but yanno . . .

Before long comes the clickbait part of the Time article:

It was super interesting reading the reflections of fitness enthusiasts in the early 20th century. They said we should get rid of corsets, corsets are an assault on women’s form, and that women should be lifting weights and gaining strength. At first, you feel like this is so progressive.

Then you keep reading, and they’re saying white women should start building up their strength because we need more white babies. They’re writing during an incredible amount of immigration, soon after enslaved people have been emancipated. This is totally part of a white supremacy project. So that was a real “holy crap” moment as a historian, where deep archival research really reveals the contradictions of this moment.

Now, let that one sink in. The idea that they want to get across to the reader is that there’s something the matter with being concerned about population trends. The approximate point is that anyone who wants more white babies must be a scary extremist. How typical for the mainstream media! I could explain why the Lügenpresse is that way, but everyone here already knows.

After that, it does have some good points about exercise being emphasized during times when war was on the horizon:

That really picked up during the Cold War. Right after World War II, you start to have more concern about Americans getting soft, this idea that the things that made America great — like cars and TV sets — were actually taking a toll on Americans’ bodies. Presidents Eisenhower and Kennedy went on a mission to make exercise look wholesome and patriotic and focus on shifting the purpose of exercise to being a good citizen and defending your country.

After that the article gets lighter, such as in a discussion of quirky exercise machines. Near the end, it goes into Richard Simmons. I’ve got to hand it to him: He’s quite a phenomenon. Early on, he porked out and fixed the problem, so congratulations to him on that. Since then, he’s been inspiring and entertaining us since the 1970s, wearing the same whitey-fro and the same tank top, a butterfly preserved in amber from the disco era. As Ms. Petrzela notes about the iconic fitness guru:

He’s really important in terms of shifting who was welcome in gyms. One of the reasons that he ended up starting his own studio is that he went to this very famous studio Gilda Marx, and he absolutely loved aerobics, but he was asked not to come back because women didn’t feel comfortable working out with a man who was singing and so emotive during his workout.

Well, at least Richard Simmons didn’t get shunned for admiring the babes too much.

What are we to make of the Waxman/Petrzela duet? Actually, there was a point in that, even though the spin on it was unnecessarily negative. First of all, a century ago, the United States was a much more sensible place. The elite WASPs still cared about their common people. What the article polemically characterizes as “a white supremacy project” was a series of initiatives to maintain the vitality of the US’ founding population. A better-known measure was tightening up immigration policies. That introduced the national quota system in favor of those of Northern and Western European origins, effectively preferring Germanic and Celtic immigrants, or more loosely the Nordics and Alpines. Much of this effort was a reaction to having imported too many loose screws from the Pale of Settlement region in the Russian Empire. They were delivered from persecution, but had an odd way of expressing their gratitude. Most unfortunately, many descendants of these loose screws act remarkably screwy still. If only they’d stop doing that, it would improve their popularity tremendously.

The wiser generation was also on the right track about needing white babies. This is especially so now that our fertility rates are below replacement, because of a number of factors which should be fairly familiar to Counter-Currents readers. Although this is deeply concerning to me as a White Nationalist, it’s a problem in an objective sense as well, just as Japan’s fertility decline is obviously a threat to the Japanese. Regarding those who want to characterize us as heretics for being concerned about a future for white children, I tend to doubt the wonderfulness of their own intentions.

Back to the main point: Will there be more white babies if the prospective mothers are physically fit? Generally, I’d say it’s helpful. For one matter, metabolic syndrome is associated with reduced fertility. If that can be cured, successfully treated, or — better yet — avoided, that would be quite helpful. More exercise and less junk food would go a long way toward preventing this problem, as well as enhancing overall health.

Other than that, I do have some anecdotal evidence that being very strong makes the birthing process much easier. One of my girlfriends has always been athletic, and has had four children. (That’s qualification for a third class Ehrenkreuz der Deutschen Mutter award! I was hoping to promote her to a silver medal, but unfortunately it wasn’t to be.) She told me that right after her first was born, someone else was wheeled into the delivery room, and her reaction was to wonder what that lady was yelling about.

Then there was an interesting discussion by the charming and based ladies Robyn (aka Critical Condition) and Rebecca (Blonde in the Belly of the Beast) who had been blessed by the Goddess. Robyn had delivered her son recently. She’d opted for a natural birth at home. To some of us, this might recall images from a pioneer movie involving an extended bout of screaming in a log cabin. However, the way Robyn described it, she was bubbling on endorphins throughout the delivery. Even despite a minor complication, the experience certainly didn’t sound like hours of agony; maybe it doesn’t always have to be that way. Robyn does look quite healthy, though not the type to enter a women’s powerlifting competition.

For whatever considerable defects presidents Eisenhower and Kennedy had, they did have a point about exercise being helpful for preparedness. Moreover, concern about convenience making us too soft was well-founded and is still valid. The immediate threat during the Cold War was a future nuclear cataclysm. Therefore, getting in shape was considered a survivalist tactic that could at least help your chances of getting through a radioactive apocalypse launched by pushing a button on the other side of the world.

In that case, then surely physical fitness is much more important if instead the aggressors are far closer, such as Leftist mobs or hordes of easily-agitated urban orcs. So the next time you go to the gym, you can train like your life might depend on it. Hopefully it won’t come to pass, but the possibility does exist. All told, it’s better to be in shape to defend yourself and not need it than the opposite. Finally, having the right look can keep you out of danger, as danger might just pass you by if you’re obviously not an easy target. It’s been ages since the last time some character on the street walked up and tried to make trouble.

Still, this doesn’t mean my journey is over. The plandemic years were difficult for me, and surely for many others, while the country was under house arrest. My nearby gym closed permanently, a casualty of Operation Destroy Small Businesses. When possible, I began attending one further away, but my training methodology took me off on an unexpected tangent. Even at my advanced age, I have the best bicep measurements of my life, in the range generally regarded as quite good. The problem is that I still look more like an off-season linebacker than a Greek statue — or an Arno Breker statue, of course.

So for those of you who will be undergoing an exercise journey, I’ll be right there with you in spirit. If you need some tips on getting started, I’ll help you out. Remember that fitness isn’t just about looking good naked; it’s about being healthy, strong, resilient, and able to defend yourself. Best of all, we now have the word from the pearl-clutching mainstream media that it’s good for the white race, too. Every time you work out, a journalist gets a case of the vapors!