No Taliban Ever Called Me Incel 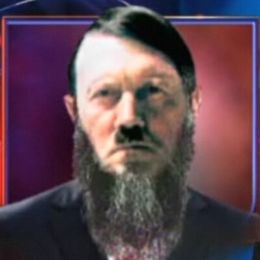 There is a certain type of story that has been coming out of the liberal press lately in which they discuss White Nationalists saying nice things about Islamic fundamentalists. There were several of them a couple of months ago, when the Taliban overthrew the government in Afghanistan.

VICE in particular has been very keen on running this type of article. They ran one in August called “The Far Right Is Celebrating the Taliban Takeover of Afghanistan.” In 2019, they ran another entitled “Neo-Nazis Are Glorifying Osama Bin Laden,” which is absurd on its face. You have to look far and wide to find a White Nationalist who believes that Osama Bin Laden was responsible for 9/11. The article itself was about Atomwaffen, whose antisocial-for-the-sake-of-antisocial propaganda made use of ISIS imagery.

Running such articles when the Taliban was a big news story is understandable. White Nationalists are surefire clickbait, and if a journalist can find a way to shoehorn it into any news story, it behooves them to do so. But the funny thing is that they are still running these articles even when it is no longer topical. On October 18, VICE put out another article called “‘Hard Not To Respect That’: Why White Nationalists Are Toasting the Taliban”.

Rather than clickbait, this one appears to be part of a larger campaign.

The VICE article is, predictably, garbage. Only one “far Right” figure, Nick Fuentes, is mentioned by name. Most of the evidence they draw on comes from anonymous Telegram accounts — which could be run by the journalists themselves, for all we know. And it wouldn’t be a VICE article without references to Atomwaffen. There’s also a bit of projection, such as when they say, “They both embrace a perception of the world that clearly divides humanity between good and evil . . . and nothing in the middle.”

I certainly understand the propaganda’s motive, and it’s been a long time in the making. Racial egalitarians have had a hard time with the issue of terrorism, because for a while only one group was doing it. They wanted very much to be able to say that we’re all the same and that whites were just as prone to terrorism as this other group. The only white terrorist anyone could think of was Timothy McVeigh — and you could only invoke his name so many times against the mounting numbers of Islamic terrorist attacks.

For a period, “terrorist” and “terrorism” were terms with exclusively negative connotations and were almost exclusively applied to non-whites. The egalitarians didn’t like that. They believed that “terrorist” was a de facto racial slur. They liked to complain about school shooters or the Sandy Hook guy not being labeled as terrorists. You may remember the refrain, “How come when a person of color kills a bunch of people, they’re a ‘terrorist,’ but if a white person does it, they are mentally ill! That’s racist!” The obvious answer is that school shootings do not meet the definition of terrorism.

Since the advent of the Alt Right, there have been a handful of actual white terrorists. There’s the New Zealand guy, the guy who shot up the black church, the one who shot up the synagogue in Pittsburgh, and that other guy who sent the mail bombs. And yet that still wasn’t good enough for the egalitarians. They had to expand the definition of “terrorism” to produce a statistically significant number of white terrorists — and lo and behold, the January 6 protestors are now the equivalent of ISIS head-choppers.

This current line of stories imploring us to “look at these Nazis praising the Taliban!” serves two purposes.

First, it is part of the process of creating a moral equivalency between whites and non-whites. Terrorism isn’t a Muslim problem; it’s a human problem. They have terrorists. We have terrorists. And look at how much our terrorists and their terrorists have in common! They both hate liberalism and freedom for women! Look, they even both hate Jews!

Basically, they are trying to West Side Story us. White Nationalists are the Jets. The Taliban are the Sharks. Different names, but basically the same.

The answer is probably both. If you are a normie FOX News viewer who has been stewing in anti-Muslim propaganda for 20 years, this turn may give you a less favorable opinion of White Nationalists than you might otherwise have. If you are a liberal, associating the Taliban with White Nationalists might make you think less of brown people you might otherwise be sympathetic towards.

There was a time during the Bush years when anti-war Lefties would not necessarily try to justify Islamic terrorism, but try to empathize with the terrorists. “The United States has been bombing countries in the Middle East, propping up tyrannical dictators, meddling in their internal affairs,” the argument would go. “Terrorism is wrong, but you can at least understand why they would be angry!”

It seems as if the Left is now flipping that around. It is now a moral failing to sympathize with the plight of Muslims.

Our establishment is explicitly anti-racist, but there is an asterisk when it comes to Muslims. When it comes to Islamophobia, they shoot for this elusive sweet spot. They want just enough Islamophobia that people will support wars in the Middle East and elsewhere, but they don’t want so much Islamophobia that people start going nativist and ethnonationalist. As a result, people end up getting a lot of mixed signals about Muslims. “Muslims are great! But some of them are really, really bad! But don’t worry! The bad ones are a small minority. But there’s still a significant minority who must be destroyed! But you shouldn’t worry about Muslims moving into your neighborhood, because most Muslims are peaceful. But only because we are fighting them over there! If we don’t fight bad Muslims over there, then the Muslims over here will become bad, too!”

This is quite different from how whites are portrayed. The establishment narrative on whites is that we are all evil. There are no good ones. White Nationalists are merely the worst of the worst of an already bad bunch.

Another thing I found interesting about these stories is that they generally avoid the Palestinian issue. They will write articles saying “neo-Nazis support the Taliban,” and less frequently that “neo-Nazis support ISIS,” but very little attention is given to White Nationalist support for Hamas and the Palestinian cause — which is not inconsiderable. Some Jewish outlets have noticed it, but not VICE. I don’t know if that would show White Nationalists in too sympathetic of a light, or that it would attract more attention to the issue than Zionists want. But it is a curious omission.

« Can You Spare Us Some Cutter, Me Brothers?