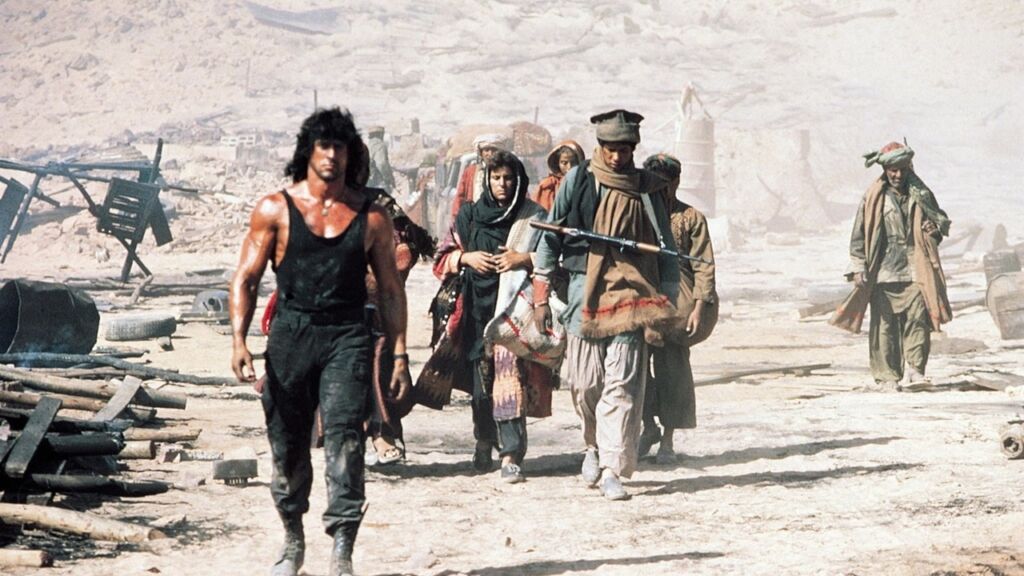 Even Rambo wasn’t able to bring democracy to Afghanistan.

This essay is dedicated to the brave mujahideen fighters of Afghanistan.

After almost 20 years, it is finally over. The American-led coalition began to withdraw from Afghanistan in May, which then was retaken by the Taliban even before the withdrawal was complete.

Images have been pouring in all weekend of the fall of Kabul to Taliban fighters, with an iconic photograph being taken of a Chinook helicopter evacuating personnel from the roof of the US embassy, evoking a similar picture of a Chinook helicopter evacuating personnel from the US embassy in Saigon, at the end of the Vietnam war. The world watches with a mixture of amusement and elation as the world’s biggest, strongest, and gayest empire suffers an embarrassing defeat at the hands of a small group of toothless peasants armed only with AK-47s and unwavering religious conviction. 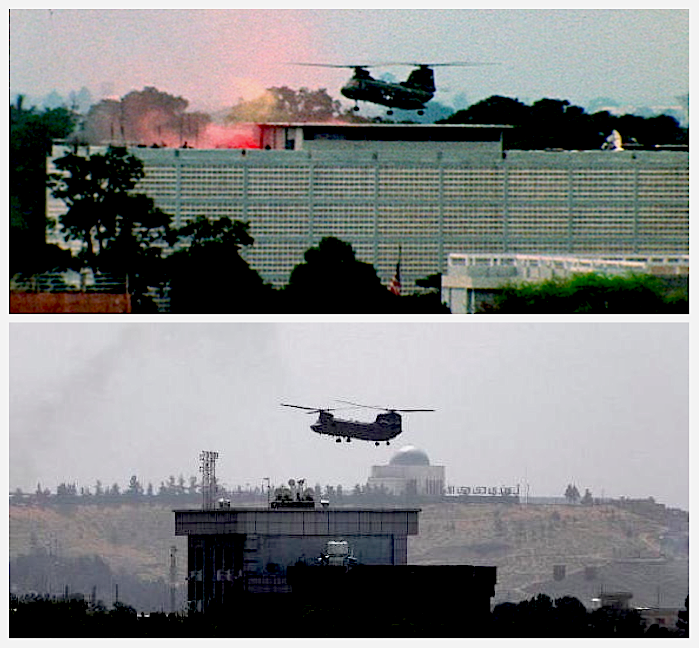 “Not true, we weren’t defeated, they didn’t beat us. The Biden administration just withdrew!” cries the cuckservative, echoing his Vietnam-era antecedent. But this kind of response is blind to the nature of guerrilla warfare, or indeed warfare in general. A guerrilla doesn’t engage the obviously superior enemy in open combat, but rather wages warfare by staying alive, deception, concealment, hit-and-run tactics, attacking soft targets, challenging logistics, and raising the cost of occupation. It is the ultimate in Bewegungskrieg — maneuver warfare — whose ideal is always to win by maneuvering with minimum engagement. To win a guerrilla war is to outlast your enemy. As long as a guerrilla exists, he’s winning, and when the occupying force buggers off and the guerrilla is still operating . . . well, the guerrilla wins. The notion that victory goes to he who wins the most battles, or who kills the most of the enemy, is a Rambo view of warfare, which is to say a view of war as spectacle and not as a serious matter of resolving conflicts of sovereignty and survival.

There’s arguments to be made that Biden arsed-up the American forces’ retreat. There were unconfirmed rumors during 2019 and 2020 that President Trump was negotiating a settlement with the Taliban which would have given them control of Afghanistan, in which case America could have received at least some sort of return on her 20-year investment in blood, prestige, and treasure but as we all know, the traitors in the Department of Defense refused to obey the President’s orders to initiate an orderly withdrawal from Afghanistan.

What has happened now, under the Biden administration, is that the Afghan government has fallen and has been replaced by a new Taliban government, which at the time of writing (August 16) has already been recognized by China, and will likely be recognized by Russia, Iran, and Pakistan soon enough, which will mean the international recognition of Taliban rule in Afghanistan. There were rumors that the Biden administration hoped to destabilize Afghanistan and in turn further destabilize China’s Xinjiang region, which is majority Muslim and borders Afghanistan, as it has recently seen unrest and internecine warfare by the Uyghur Muslim population and a heavy-handed response from the Peking government.

Unfortunately, the globohomo empire seems to fundamentally misunderstand the nature of order and chaos. Specifically, I can imagine that none of the over-130 IQ advisors, foreign policy experts, geostrategists, generals, and other types of swamp creatures had even the vaguest notion that Taliban rule might bring order and stability, and that US-enforced democratic rule only lead to ultra-corrupt governments where various tribes were jockeying for position in order to extort one another. In practice, there is no rule of law outside of Kabul. They could have looked at the example of the Soviet-backed Communist regime of the 1980s, which in practice merely acted as Kabul’s city council — but history and blind arrogance don’t really mix.

What will be the consequences of this 20-year-long war? Syrian Girl seems to think that the notion of the “humanitarian war” will finally be discredited, but personally, I don’t think that many minds will be changed as a result of this debacle. If anyone still believed in humanitarian war after the 2011 Libyan quagmire, Afghanistan won’t be able to teach them anything.

More immediately, we’ll probably see an influx of bootlickers, feminists, defectives, corrupt officials, and pedophiles who’ll arrive in the West as “refugees.” They’ll no doubt inflict their social pathologies on our already weakened and battered societies. But on the plus side, the Dissident Right had a very good year in 2015, when the migrant crisis hit Europe. Wave upon wave of the dregs of Afghan society might serve as a high-speed redpill dispenser.

The balance of power in Central Asia might also be affected. A look at a map tells us Afghanistan is a land bridge between Chinese-held Xinjiang and Chinese-aligned Iran on the one hand, and between Russian-aligned Uzbekistan and Tajikistan, through the Khyber pass and Pakistan to India, on the other. It also sits on a trillion dollars’ worth of known mineral reserves (which the previous government was too incompetent to mine). Both Moscow and Peking will therefore surely rush to court the Taliban, and indeed, the Chinese have already hammered out an understanding with the Taliban.

In all probability, these deals were made a long time ago, and were just waiting for the fall of Kabul to go into effect. What is certain is that with the loss of Afghanistan and Pakistan’s realignment towards the Chinese sphere, America has lost almost all influence in this region. I have a theory that as American power wanes, we’ll see an intensification of the Sino-Russian geopolitical conflict, as Moscow and Peking may no longer consider Washington a big enough threat to cause them to put their many differences aside. The aftermath of Kabul’s fall will provide empirical evidence for or against my theory. I fully expect a diplomatic race between China and Russia to court the Taliban. It’ll be a seller’s market in Afghanistan.

But the most relevant effect for us might be the response of the white American population to this event. Whereas 20 years ago, Americans cheered as the US military toppled the Taliban regime and established the “democratic” Afghan government, the reaction today to that same process playing out in reverse has been a mixture of disinterest and enthusiasm for the Taliban. People are making comparisons with the fall of Saigon, but significant segments of the American public didn’t cheer the Viet Cong and the North Vietnamese army as they conquered South Vietnam.

Considering that white Americans are the primary recruitment pool for globohomo’s armies, their reaction to this defeat is a portent of the weakening of the American Empire. As I predicted some time ago, the American military’s biggest weakness is its incoming dearth of personnel, as economic and cultural factors deter white Americans from serving. The withdrawal from Afghanistan comes on the heels of a sustained program to humiliate, demoralize, and ultimately destroy white Americans. Why should they feel patriotic? Why should they serve in the military that enforces anti-white rule and cordons off the nation’s capital to protect the corrupt ruling class? Why should they weep for globohomo’s defeats in far-flung regions of the world?

Having alienated its soldier caste through its domestic program of anti-white hate, the American Empire is now living on borrowed time as the best and brightest white young men increasingly refuse to serve in its armies and staff its institutions. Does this mean that we will win? No, we are but one faction vying for power in the wake of this declining empire. But it means that we’re closer to the end than we were last Friday. And for that, we should thank the brave mujahideen of Afghanistan.