Can You Spare Us Some Cutter, Me Brothers? 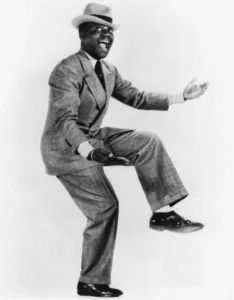 The last website I was paid to write for was funded by a sole wealthy benefactor. The site bore his name. I never had even the hint of a problem with him nor a single misgiving about him. I only met him once, and he was so amiably well-oiled that night that he gave me a raise. After that single brief meeting at a bar in Upper Manhattan, I never communicated with him again.

The site also took in some ad revenue from clicks and a bit of cash from people willing to pay for the “privilege” of commenting behind a paywall, but I’m reasonably certain that most of its funding came from that benefactor.

My main grievance about writing for that site — and it was a grievance that had simmered for a decade to the point of metastasis — involved having to deal with an editorially challenged and socially graceless editrix whom I always assumed was forced into the position as some sort of punishment. I could be wrong about this assumption — she made it nigh impossible to confirm my suspicions by never making it evident how I might go about contacting the benefactor — but at least she acted as if she took no joy in her role, and it seemed bleedingly obvious that she didn’t much care for politics, especially those of the “racist” sort that may have been considered gauche at well-heeled cocktail parties.

Almost exactly a year ago, while I was exhausted beyond tolerance at having my writing neutered and I was facing a brief but grim health scare, Greg Johnson offered to pay me exactly what I was getting paid at the other site if I decided to jump ship. To my limited knowledge, there are only a dozen or so sites on the planet — probably fewer — where one can traffic in these ideas and get paid enough to keep oneself awash in foodstuffs and clean socks.

As anti-social and difficult as I may seem, I’m not above the occasional bout of self-interested networking. I’d had nibbles from a couple other sites — nothing definite — but Counter-Currents is by my estimation the most literate of them all and the only one that trafficked entirely in original material. Whatever our aesthetic or philosophical differences, there’s no writer on the site I consider to be dumb or a mediocre wordsmith. And the commenters, despite the occasional grouch, keep the discourse at a higher level than can be found at almost any other generally likeminded site. Reading Counter-Currents is like taking a free college class in this very specific area of knowledge. Even better, it’s like a free college class where you also learn something from the students.

But nothing’s really free, is it?

Unlike the previous site, Counter-Currents takes enough ideological risks that it has faced persistent financial and social-media deplatforming. Greg — who takes a smaller cut for himself than he allots to his writers — was infamously arrested in Norway in late 2019 on some half-baked charges of supporting terrorism because he’d once written something positive about Anders Behring Breivik. If you’ve noticed that the site has been slow to load for much of this year, it’s because someone somewhere finds its ideas troubling enough to launch relentless DDoS attacks against it.

Also unlike the previous site, Counter-Currents gets zero revenue from traffic. The subject matter is too risky to garner any click-generated ad money. We don’t have a primary benefactor, but there are several donors who toss money our way in the form of matching grants and suchlike. The rest comes from paying subscribers and the occasional lemon, ice cream, and ninjaghini during livestreams.

I’ve been alive long enough to witness what was once known as the “counterculture” gain enough power to where it’s simply now “the culture.” In fact, the counterculture of the 1960s and ‘70s seems tepid compared to what passes for mass-produced reality today.

I’m slow to pick up on some things, and it wasn’t until today that the word “Counter” in this site’s name signals that the subject matter in which it dabbles represents something that abrades viciously against the mainstream narrative. Given the modern state of things, even “countercultural” seems far too tepid. At any given moment, we only seem a week or two away from samizdat status.

You alone can decide how much that’s worth to you. In these times, can you place a price on the solace of knowing that there are kindred spirits somewhere, anywhere?

With barely over two months left in the year, the site has taken in roughly 60% of its yearly fundraising goal. Until now, only Greg has taken up the white man’s burden of rattling the tin cup and asking for donations. I’m playing against type here, but it’s time for me to smear on some blackface and do my best Mr. Bojangles soft-shoe dance for cash contributions.

And so I beseech ye: Can you spare us some cutter, me brothers?

Besides bequeathing a massive cash donation to the site, the best way you can help us push this juggernaut past the finish line is by becoming a subscriber. Besides the immense personal satisfaction you may get by knowing you’re providing a lifeline for a particular strain of thoughtcrime that is borderline illegal at this point, the main perks of being a yearly subscriber is that you get first peek at the paywall articles — there is typically one a day every weekday, and non-subscribers don’t see them for a month — and first listen to the paywall podcasts.

But beyond that, and for a limited time, I am putting some of my own white skin in the game here. If you purchase a yearly Counter-Currents subscription between now and December 31, you will receive a FREE BOOK of your choice from the home page of my website. Hopefully by the time this article goes live, our HTML fella will have encoded a little box where you can enter a code for special subscription deals. For this deal, type in the word “goad.” Then you can email me (jg AT jim goad dot net) with your address and book selection. Once I confirm that you’ve subscribed, I will send you a signed book along with an email featuring your tracking number. (This applies to orders within the crumbling nation still known as the United States of America. International prices are so insane, you’ll have to pay for the postage if you’re ordering from outside of the US. You still get the book itself for free. Again, use the “goad” code on the subscription form for a free book of mine.)

For contributions of $500 or more, I will vigorously perform any karaoke song of your request and post it on my YouTube channel. (If I don’t think the song is within my massive octave-and-a-half baritone range, I will gently suggest another tune.)

For the right price, I will also arm-wrestle any one of you (left arm, my strong one, I’ve never lost with my left arm) for charity. Beyond that, what else can we do to raise funds and meet our goal? Spaghetti wrestling between different “Dissident Right” luminaries? We can get creative with this and make it fun.

It is, of course, ultimately up to you. Should the mood strike you, help us keep this tugboat sailing boldly into the thickening fog.

» No Taliban Ever Called Me Incel