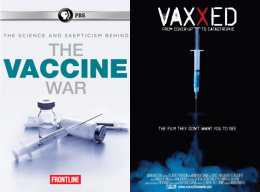 On a recent trip to California, I got to spend some time in Ojai, a small, rustic town, high in the mountains, north of LA. Ojai is known as an enclave of a certain type of California “cool.” Its inhabitants are the kind of people who dislike the stress of LA but don’t want to be too far away from it, lest people make fun of their orange art professor eyeglasses or their $600 designer work jeans. It’s home to movie stars, trust fund hippies, and a few authentic mountain eccentrics. And of course, part of its vibe is its “compassionate” liberal politics.

I ran my one errand in Ojai, but was so taken by the neighborhood I found myself in, I wandered around a bit. On a street that had an Enhanced Spa Experience, an AA clubhouse, a Center for Spiritual Healing, and a western-styled Jewish Community building, there was something called Greater Goods, which was a public space for different neighborhood events. I went inside. No effort had been spared, or detail overlooked, to make it utterly inviting and welcoming to a very distinct type of person: rich, liberal, folksy, and Californian. I checked the calendar of events going on that week. There was a private meditation session, a book club meeting, and then, the very next night, a screening of two films: The Vaccine War and Vaxxed, with a discussion to follow. I was curious as to what the audience for this would look like. (Very good-looking, most likely.) I also wondered what hardcore California liberals would make of the controversial vaccine issue. So I went back the next night to see the films and hear what the locals had to say.

I was disappointed that there were only about ten people present when The Vaccine War started. But it was a representative group nonetheless. There was a fidgety, fifty-year-old boss lady type who shared every thought that came into her head. There was a young, concerned mother-to-be. There was the handsome, 30-ish, Patagonia-clad guy running the place. There was a fifty-year-old male intellectual with perfectly quaffed white hair, sunglasses, and a silk scarf. There was also a homeless-appearing guy who wandered in off the street, as well as a strange, possible techie with long scraggly hair, who grunted a lot. A lovely woman with a baby was running the concession table, where there was herbal tea, some organic coffee, and of course, nothing resembling refined sugar, forcing this sugar-addicted reporter to struggle with a sticky jar of homegrown honey made by free-range bees. 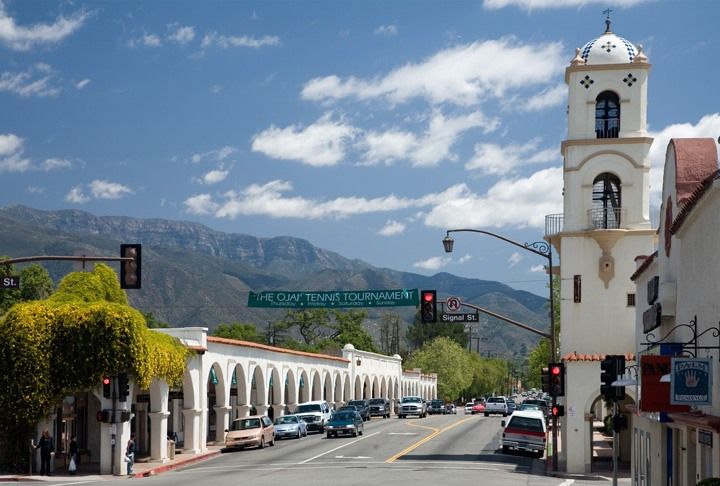 The Vaccine War (2010) was played first. It was originally aired as an episode of FRONTLINE, the PBS news documentary series that always feels objective because we’ve all been watching it since we were kids and it’s on PBS, which would never lie to us. The film was one hour long and started with some anti-vaccination moms who had negative experiences or read things on the internet which led them to question the wisdom of the untested, multi-component vaccines that are routinely foisted on the masses.

Then Jenny McCarthy and Jim Carey appeared. They are apparently the primary celebrity advocates for the anti-vaccine crowd. Jenny McCarthy was described as a “former Playboy playmate.” This was an obvious slur and the first indication of which side The Vaccine War was on. There were other indications that the documentary was pro-vaccine: The expert commentators were all distinguished, highly-credentialed medical professionals who found it preposterous that anyone would be against such a profound advancement in medicine. We heard a lot from these people.

One of their proofs for the necessity of vaccines was the possible resurgence of old diseases like whooping cough. The danger of this was illustrated by extended footage of a choking, suffocating infant child desperately gasping for breath. “Anti-vaxxers are torturing babies” was the unsubtle message. The one or two cases of autism that seemed possibly related to vaccinations were downplayed as statistical anomalies that might not have been caused by vaccines at all. One doctor who had helped invent a popular vaccine (and thereby made a fortune) defended himself by saying that “just because someone makes money off an advancement in medical science doesn’t make it bad,” which is a fair point. Still, it was clear which side The Vaccine War was on. They portrayed anti-vaxxers as misinformed at best, and conspiracy theorists at worse.

When The Vaccine War ended, we took a short break and refilled our herbal teacups. We chatted a bit. The other people had noticed the same things I had: That the “experts” seemed a little too sure of themselves, and that Jenny McCarthy had been called a “Playboy playmate” when she had actually sounded very reasonable. The fidgety boss lady in our group thought the scientists and vaccination advocates were arrogant and noted they were all white men.

Then we watched Vaxxed (2016). This is a feature film, independently produced and directed by a British researcher who was one of the principal players in the controversy the film addressed: Someone at the Centers for Disease Control knew that the CDC routinely cut corners and manipulated their data to make vaccines seem safe. This whistleblower began secretly feeding this info to a person outside the government sphere. This story was interesting, suspenseful and alarming.

Also revealed in Vaxxed was the existence of a special fund set up by the federal government that doles out billions of dollars of taxpayer money in compensation to people whose children had become autistic because of unsafe vaccines. Big pharma, of course, makes tens of billions of dollars on vaccines. They lobby the government, and the government protects them. (And pays off their victims.) It was the classic evil corporation/industry story. Nothing new. But upsetting nonetheless.

Vaxxed tells its stories in many ways. We hear phone recordings of the whistleblower at the CDC, who is still in hiding. We get the story of the British researcher (the director of the film) who had found similar dangers in the vaccines, and who had been fired and smeared. There’s graphic footage of severely autistic kids hitting themselves, throwing hysterical fits, or being utterly disconnected from the world around them. It is hard to watch, not unlike the choking baby in The Vaccine War.

Though they are both highly opinionated, watching The Vaccine War side-by-side with Vaxxed makes it pretty clear that vaccines are dangerous and Big Pharma is covering that up. Those defending the vaccines, the acclaimed and highly credentialed experts from America’s most esteemed schools and institutions, are, as usual, psychopaths on the subject.

So what did the liberal, affluent Californians think of all this? They were outraged! Which I wasn’t surprised by. It was hard not to see the many evils exposed by the vaccine situation. The group of us discussed it. The white-haired guy with the silk scarf had read thirty books on the subject. The young wife and future mother said that she and her husband had been researching the subject as they prepared to have their first child. The fidgety boss lady — who was a bit crazy, we were all realizing — remained convinced that the “experts” from the PBS Frontline documentary were condescending, while the rest of us felt comfortable enough to simply call them liars.

This was the key moment; the moment I had been waiting for. I said something like: “Why is PBS defending the pharmaceutical companies?” hoping to gently introduce the idea to the liberal Californians that PBS, which they all consider the most trustworthy media on earth, just lied to them for 59 minutes straight. But they weren’t bothered by this. They seemed to think I was missing the point. Their response remained: “It’s Big Pharma!” “It’s the evil corporations!” “It’s the evil lobbyists who buy off our politicians!” I tried to push my point: But PBS aired it. The same PBS that tells you Trump is a criminal and that white people are racist every day. Don’t you see that PBS is as guilty as Big Pharma? PBS is lying to you! All the media is lying to you!

Alas, I couldn’t get my point across. Mostly because it was so alien to them, so completely nonsensical, that they couldn’t hear it. One of the great deceptions that have befallen our liberal elites is that the two sides of this fight are the evil corporations and government (the capitalist Right) on one side, and the honest, sensitive, caring people (the socialist Left) on the other. The fact that PBS is helping Big Pharma just shows how powerful the Evil Right is. They can influence poor, defenseless PBS into doing their bidding.

I continued to try to drop small red pills into the conversation, but I didn’t want to get in an actual argument with my new California friends. There we sat, surrounded by luxury, artisanal woodcraft, and their acceptable notions of who was conspiring against whom. Of course they believed they were right; they had the guy who had read 30 books on their side!

So I let it go. I poured some more organic honey into my cup and had some more tea. And enjoyed the comfortable couch I was sitting in. And stared up at the hand-cut rafters above me.

» Friendship in a Time of Uncertainty