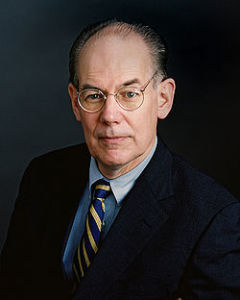 Dr. John Mearsheimer’s offensive realism is the premier theoretical framework for international relations. His emphasis on uncertainty and its disruptive influence on world politics gives insight into the Ukraine disaster.

The international system is anarchic. Plans of hostile states are unknowable. There’s no “911” for states to dial in case of an attack.

Uncertainty makes states fearful, and if you’re confident in your strength, you answer threats with force. Seeing the 51st state on its doorstep scares Russia, so it attacked. Irrational behavior? I don’t think so, since it went to great lengths by Great Power standards to avoid war. How would America treat Canada if it was conspiring to park the People’s Liberation Army in Montreal? Could this treatment be considered unprovoked?

There’s a comparison to be made between military powers and dangerous wildlife. Park rangers tell you to treat grizzlies in Yellowstone and rattlesnakes in Yosemite the same. “They only attack people when we scare them. Keep your distance, and you’ll be fine.” As Mearsheimer said in his recent lecture: “If you take a stick and poke a bear in the eye, that bear is probably not going to smile and laugh at what you’re doing. That bear will fight back, and that bear will tear apart Ukraine. It is in the process of tearing apart Ukraine.”

To bring peace to Ukraine, Americans must know how we got here. The United States has been poking the bear since its 1999 extension of NATO to former Soviet bloc countries.

Expecting Russia to swallow this belligerence forever was Fukuyama fantasy.

Washington knew the risks. Now they’d like to bleed Russia white enough to paint Orange Revolution on Moscow. If American Pravda cared for Ukrainian lives, wouldn’t it wave the Russian flag to “end war immediately” for public consideration? Instead, CNN gun grab activists cheer on Zelensky’s push to arm civilians with Molotov Cocktails. Facing civilian soldiers, what else will Russia do but turn Kievs to Stalingrads.

Since Making Russia Ukraine Again isn’t Moscow’s plan, I predict Russia will win. Russia’s GDP is smaller than Texas’s and Putin is too smart to swallow a porcupine. Russia is fighting for something close to what it said its fighting for. Ukrainian neutrality, the separatist republics, and Crimea.

Placing nuclear forces on high alert was a message to the United States on Russian resolve. Putin sees survival at stake, and won’t go quietly. We aren’t near Russian surrender, and its military has lots of charge in its battery. The chance of nuclear strikes must be taken seriously.

If Americans knew the true story, they would support peace. The United States could make light work of bringing Ukraine to a tolerable settlement. They’re choosing to risk nuclear war instead.

For the good of its nation, and Europe, Ukraine should grant Russian demands on the condition overreach will be met with all-out resistance. Fighting Russia to the bitter end won’t give Ukraine the government it deserves. Their civilization will turn savage, and “winning” would eternalize dependence on amoral Yanquis who care for Ukraine solely as a chess piece.

Let me be clear. This is not a pro-Putin statement. My admiration for Ukrainians defending their homeland should go without saying. But how can we support a cause led by the group replacing our people for sport? The primary author of Zelensky’s War is the United States government—the mortal enemy of Europeans.

I am a racial idealist who values Ukrainians and Russians equally. But in politics, before you chase ideals, you must follow objective factors. Joining NATO will corrupt and endanger Ukraine even further, and it’s not regaining separatist areas or Crimea. Accepting Russia’s terms is the best available solution for Europeans.

Russia knows who it must run to for leverage with the United States. America gives Israel four billion dollars yearly, fights its wars, and still can’t get it to condemn their hated enemy. Israel holds no strategic value to the United States yet remains unharmed for neutrality. Instead, “little Israel” is applauded by the press for “stepping up.”

Meanwhile, a mighty nation we greatly depend on is threatened for neutrality. The United States is intervening with a death wish against a Russian power it could’ve partnered with. China, which won’t accept submission in its region, will exploit American arrogance. Chinese hegemony in Asia will wreck the liberal world order and unlock nationalism in the West.

American elites are running out of time as world police. Their home base is imploding, and while remaining fearsome tacticians, their strategic bearings are spent. The Great Delusion is fading out, and new orders will rise from groups with the strength to build them.

To ordinary American patriots: Don’t look for the Republicans to save you. They have not stopped The Great Replacement, terrorism, war, skyrocketing black crime, financial calamity, BLM rioting, and COVID. Now they are the loudest voices calling for World War III. All these follies would end if white populists were in charge. Time to give us a chance. A pack of wolves has nothing to fear from a den of vipers. Our war ends the day you decide to wake up, white man.

« When Did You Last See Your Father? Part 1