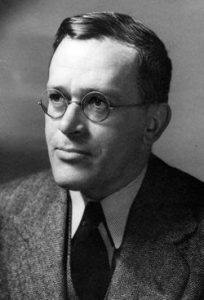 Weaver’s first book, Ideas Have Consequences (1948), is an account of the decline of the West that invites comparisons to Giambattista Vico, Oswald Spengler, René Guénon, Julius Evola, and Martin Heidegger. Weaver’s second book, The Ethics of Rhetoric (1953) deals with the social and political implications of rhetoric from Plato to the modern social sciences. Weaver also published a college textbook, Rhetoric and Composition (1957). His final book, Visions of Order (1964), was published posthumously, as was his doctoral dissertation, which appeared under the title The Southern Tradition at Bay (1968).

Weaver was a prolific essayist. After his death, his essays were reprinted in a number of anthologies: Life without Prejudice and Other Essays (1965), Language is Sermonic: R. M. Weaver on the Nature of Rhetoric (1970), The Southern Essays of Richard M. Weaver (1987), and In Defense of Tradition: Collected Shorter Writings of Richard M. Weaver (2001).