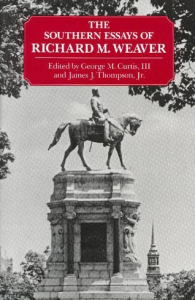 Richard Weaver is known for two notable ideas that need to be emphasized. First, he proposed that there is an objective truth, not many truths. Second, he said that things that were true or good in the past are still true and good today. Weaver argued that the pejorative phrase “to turn back the clock” regarding traditional ways was simply fallacious.

Indeed, during Weaver’s lifetime, the phrase “to turn back the clock” was often used to target the South regarding some “civil rights” idea that the liberal, technocratic elite was pushing. As a result, Weaver wrote a good deal about Southern Culture in the South’s defense. After his death, his essays were collected and put into a book, which is the subject of this review. 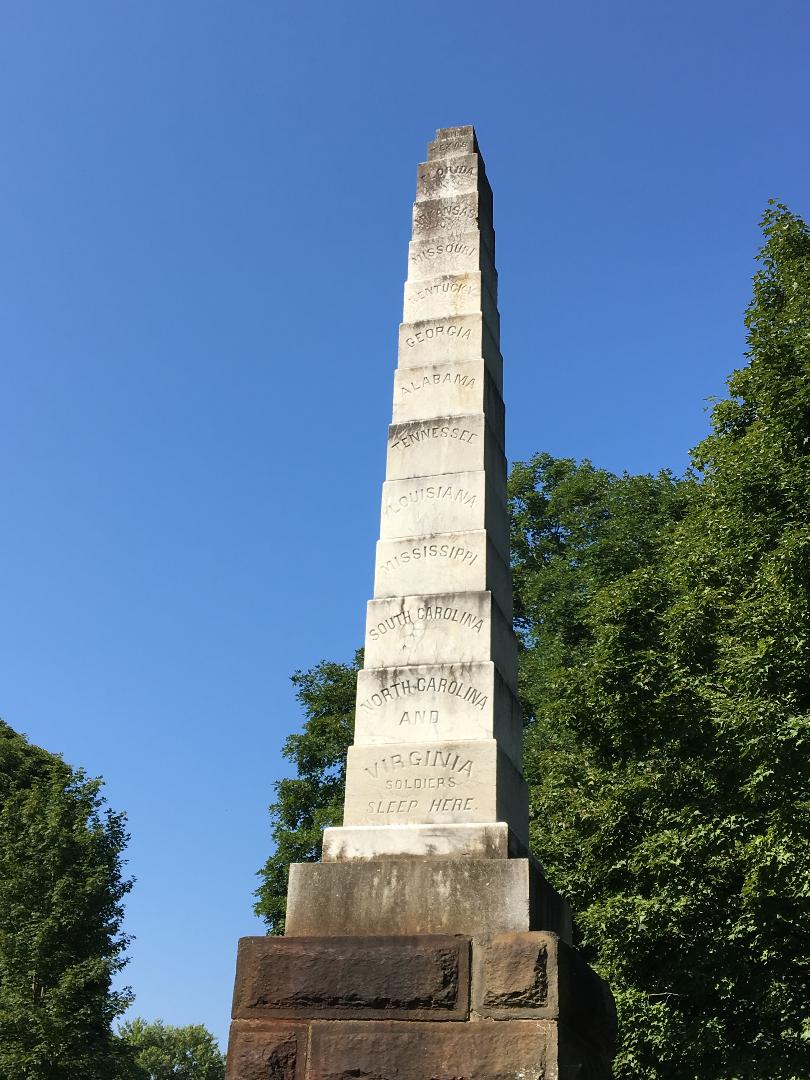 Weaver writes in depth about agrarianism, a worldview common in the South. The agrarian school of thought has probably been around for millennia, and in the United States, its most famous proponent was Virginia’s Thomas Jefferson. Later Southern thinkers kept up that tradition. Of them, Weaver writes:

“. . . the great contribution of the Agrarians has been their achievement of total awareness. By compelling us to see the price that is paid for severance from nature and for the ignoring of final design, they have made us realize why we today are partial men. And if man is to be saved at all, that solution must come through self-knowledge.” [1]

The best essays in this book aren’t about agrarianism, though. The best essays are those that compare the differing ideological worldviews of Yankees and Southerners. One such essay is a comparison of Yankee David Henry Thoreau (1817-1862) and Southerner James Randolph of Roanoke (1773-1833). Thoreau’s ideas are, of course, revolutionary and highly interesting. However, Weaver argues that the endpoint of Thoreau’s vision is too much of an impractical individualism. On the other hand, Randolph’s ideas about states’ rights, limited government, and a middle way between conformity and individualism is far more practical. There is also a big contrast between the two over the slavery issue. Thoreau took a moral stand against slavery but said nothing about what to do with free Negroes. Randolph also hated slavery. When he freed his slaves, he set them up in Ohio. (This colony probably failed; Weaver was unsure of its fate.) Randolph also endorsed a Back-to-Africa movement, although Weaver doesn’t mention this.

Weaver also discusses the religious differences between the two halves of the United States. In the North, religion is subject to rational inquiry. As a result, the North created new denominations such as Unitarians and Christian Scientists, and there is a tradition of dismissing ministers over theological disputes. In the South, there are many sects, but they exist comfortably alongside each other through a common emotionalist framework. The emotionalism of Southern religion makes it similar to what Medieval Christianity was to the peasants of France.

Weaver also discusses the contrasting ideas of Massachusetts Senator Daniel Webster and South Carolina Senator Robert Y. Hayne. The debate between the two men in 1830 crystalized many of the differences between North and South that later proved to be irreconcilable without war; such as the Doctrine of Nullification, tariff policy, and slavery.

There is much discussion of Southern chivalry. Weaver argues that warfare carried out by those with the background of a Western European knight is better than warfare led by people of lower social class. Weaver believes that the Nazis were so terrible because they were led by those of the working class. Weaver also discusses the relationships Nazi Germany and the South had with the French Revolution, but going into this territory is so major an undertaking that it won’t be tried in this review.

After the “civil rights” victory, many Southerners retreated into the anti-intellectual caricature that their enemies made them out to be. Weaver’s work shows that the Southern intellectual tradition was, and is, equal to the intellectualism of any other European people. However, Weaver needs a critique from a Yankee perspective.

The problem with all Southern philosophical thought, especially as it relates to the politics and arrangement of society, is that it adds a great deal of fluff to the central Southern dilemma: The presence of large numbers of Africans that break everything they touch — yet this truth is taboo. Indeed, this dilemma has become the central problem for all of America since the 1960s. The libertarianism of Ron Paul is a rejection of “civil rights” as well as the Pro-Life movement.

Additionally, the concepts of the agrarians are nice, but one can make a solid argument that the United States, even going back to colonial days, has never really been a traditional agrarian society such as England before the Enclosure Acts or Scotland before the Clearances. The South’s economy became that of commercial agriculture during the life of Pocahontas and John Rolfe. The market for Virginia’s products was not local by the 1630s, and everyone had to watch their bottom line. Indeed, it can be argued that slavery itself was the result of corporations bringing in cheap, Third World labor, and they lobbied state governments for policies that privatized their profits and made their costs public.

Additionally, while it is true that rural, agricultural societies do provide a solid sense of community, that community is always under economic threat. A late or early frost, plague of locusts, or dry summer can put a big hit on pocketbooks and larders. Having lived in a very rural community for months on end, I can assure the reader that there is plenty of community-damaging drugs and alcohol in Mayberry R.F.D. — more so than in the suburbs. It’s also hard to get ahead in an agrarian society. One can’t buy a ranch for yourself on a cowboy’s wage.

Industrialized economies do prop up culture. There are more and better art museums in Boston and Chicago than in South Carolina. Weaver also seems to have never considered the problem of deindustrialization. Daniel Webster was not wrong to support the “Tariff of Abominations” that South Carolina so bitterly hated. Free trade means that investment capital is free to walk away — far away. 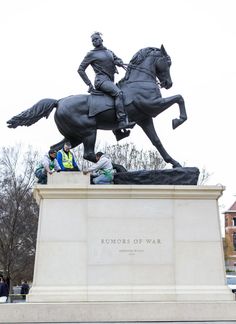 Art reflects social conflict. The statue named Rumors of War featuring an imaginary African in 2020’s style dress is a resentment driven non-white reaction to the statues honoring the real accomplishments of white men, especially Confederate officers. Bearing in mind the Metapolitical threat that Rumors of War represents, Weaver’s Southern discussion of the South’s worldview and the limitations of Thoreau’s philosophy are nice, but hardly matter in context of a demographic wave from the Third World which threaten to flatten everything.

Additionally, Weaver’s remarks regarding fascism are dated in the era of Goodwin’s Law. Furthermore, Churchill and Roosevelt, both high-born men, committed many atrocities during World War II. Chivalry in warfare is good in some circumstances, but the whole point of going to war is to win. Weaver sort of recognizes this when he argues the South backed Roosevelt’s draft policy in early 1941 by recognizing the matter wasn’t one of “force not working,” but “too little force not working.”

There is much to read in this book. It’s really enjoyable and eye-opening. I can only add that it is really a tragedy for Southern thought, as well as European thought more widely, that Weaver died so young. Indeed, he was taken from us before the Kennedy assassination, so his insight into the disastrous social revolution that followed is not possible to be known.

In the end, though, today’s white America is all part of the South, to include the Boston Brahmin that worships at the Unitarian First Church on Boston’s Marlborough Street. The brown wave is at the gates. If you’re white, you’ve already been drafted and are wearing Confederate butternut. Christopher Caldwell said it best in his excellent Age of Entitlement:

“The goal of the civil rights laws, at least as they were understood by a sentimental public, was to short-circuit the sham democracies of the American South, to bring them into conformity with the Constitution. But it turned out to be harder than anticipated to distinguish between the South’s democracy and everybody else’s. If the spirit of the law was to humiliate Southern bigots, the letter of the law put the entire country — all its institutions — under the threat of lawsuits and prosecutions for discrimination.” [2]