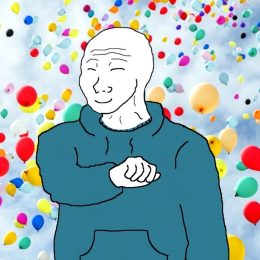 As the old Sicilian saying goes: don’t get angry — get even.

I believe that everyone reading is familiar with the idea that revenge is a dish best served cold. Rage makes us stupid; anger drives us to make mistakes, waltz into traps set by our enemies, and go on embarrassing rants about ritualistically humiliating “octaroon midget kikes.” But a cool-headed, patient man with a grudge can inflict catastrophic damage on an opponent who has wronged him. An act of well-executed revenge is the hallmark of a master.

Dissident right politics are like revenge. We have been wronged by the powers that be — they’ve inflicted multiculturalism, racial replacement, immigration, dispossession, alienation, criminality, and deculturation upon us. These are indeed great wrongs, great crimes committed against us and our people. It is only natural to be angry. However, to get angry is to fall into a trap set for us by the enemy, specifically, to fall prey to one of the oldest tricks in a ruling regime’s playbook — controlled opposition.

Many of the gatekeepers on Fox News and other mainstream right news outlets have garnered the moniker “rageheads.” They keep their audience in a state of perpetual outrage at the antics of the “libruls.” Their online counterparts release update after update of insane SJW antics on college campuses. Conservative commentary has always had the subtext, and sometimes the explicit text, of being mad as hell and refusing to take it anymore. The liberals, socialists, globalists or whatever (pick your poison) have done it now! They’ve implemented an absolutely insane, sacrilegious, treasonous (pick your poison) policy and your complacency is to blame. Well, it’s time to get angry and rage and rally and say enough is enough, now it’s time for the silent, sleeping majority to wake up and take matters into its own hands, restore the constitution, kick out the corrupt liberal clowns, put an end to socialism and take our country back from the globalists! Cue Hulk Hogan performing a tombstone piledriver on a Sino-Iranian heel.

For purely aesthetic reasons, I would love to replace every normie-right ragehead commentator with Hulk Hogan, purely because he knows how to own rage. Rage and anger are the provenance of the strong and powerful. They look impotent and embarrassing coming from the rotund men with wobbly chins fielded by Conservative Inc. Hulk Hogan at least looks like he could easily break me in half. Billo Reily and Rush Limbaugh do not pose credible threats to my physical safety.

Well, you’ve got the conservative audience well and truly steamed. You do it night after night with your inane repetition of The Latest Excess of Librulism™. Now what? Well, nothing, really. When election year rolls around, funnel them to the voting booth to reliably circle the number, or pull the lever, or push the button for the relevant cuckservative political option, so that we can retake our country from the librul soshulists etc. etc.

Now that a Real Patriot™ is in power, we can all relax and maybe push back a little bit, right? Wrong! The Real Patriot™ has been compromised, or he was taking us for a ride from the get-go, or he is under siege in his office, or he is sabotaged by his own party of traitors and cannot get anything done. Now it’s time to get even angrier! Cue Hulk Hogan performing a body slam on an establishment-conservative heel.

In case you’re wondering why the Real Patriot™ can’t get anything done, it’s probably because he is either in on the scam, or he is genuinely under siege and sabotaged by his own party, which is genuinely full of traitors. In the latter case, the problem arises out of an absence of political infrastructure and crucially, a cadre from which he can draw staff for his administration in lieu of the aforementioned cucks and traitors. I’ve already written on the importance of constructing political infrastructure and I’ve even tried my own hand at such construction.

So, now that the rageheads have gotten you good and angry, what are you going to do? Well, nothing. Because come election year, there’s nobody else on offer, so you will have to hold your nose and vote for Conservative Inc. because it’s either them or the librul soshulist left that got you so angry in the first place. You become dejected, vote for the cuck, and sink into a funk until the next librul outrage rouses you from your blues and the cycle is repeated once again, bringing great profit to the rageheads and a safely contained, easily-controlled vote bank to Conservative Inc.

I mentioned infrastructure. Infrastructure has to be built. You know what’s really difficult to do when angry? Building. Anger is an inherently destructive emotion. I’ve never built a house in a fit of rage, but I have destroyed a great deal. Perpetual anger keeps you focused on the negative, on punishing the libruls, on causing a great ruckus and throwing a temper tantrum. Whereas we could be making contacts, organizing metapolitical and political action, we find ourselves in a state of perpetual outrage and without the infrastructure to genuinely challenge the enemy when and where it matters.

In the business of politics, as well as elsewhere in life, we should look to the wise Sicilian who teaches us to not get angry, but to get even. And by getting even, I mean rolling back multiculturalism and globalism, ending immigration, asserting economic sovereignty, restoring national dignity, expelling hostile and criminal foreigners, as well as punishing those who attempted to destroy our nations. And by punishing, I don’t mean voting them out of office, but outcomes more radical and Sicilian.

To do that, we must restrain our urge to anger. My experience running for office taught me that giving in to depression is the easy way out. Giving in to anger is the even easier way out, as there’s already an archipelago of institutions ready to nourish, cultivate and harness your anger towards nefarious ends. Rather, practice serenity and detachment in your labors. Develop a healthy contempt for the sources of annoyance; let them not hamper your efforts to construct something which can dismantle globohomo. The answer lies in an inward form of stoicism, a marshaling of the senses and inurement against the ravages of rage. However, when I say stoic, I don’t mean humorless and cold, but rather serene and unperturbed, certain in the justness of our cause and its eventual success. So, take a minute to calm down and get to building, men.

Over time, I find, serenity turns to joy.

« Don’t Learn This From the Germans

» The Last Words of Yukio Mishima to His Followers