Suicide is no Solution 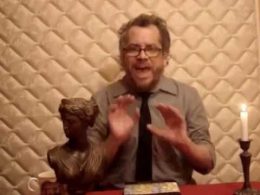 In his recent essay “Suicide (Final) Solution” at Taki’s Magazine, David Cole aired some extraordinarily trenchant criticisms of Jews. Despite his seemingly philo-Semitic baseline (i.e., he vigorously criticizes Jews because he vigorously wants what’s best for them), his observations are almost identical to those coming from a more counter-Semitic baseline. When two people with antithetical agendas arrive at the same conclusion, you know there has to be some truth to that conclusion.

Below, I paraphrase Cole’s major points. See if there is anything here with which Andrew Anglin, Kevin MacDonald, or David Duke would disagree:

Translate this list into language used by hardened anti-Semites and you have the following hateful yet common tropes:

Of course, I believe that David Cole’s view is both fair and correct. I also believe that the second list goes a bit too far in its characterization of Jews. However, I just find it amazing how similar these two lists really are. Now compare these lists to one describing the same phenomena but from a philo-Semitic perspective:

While both the anti- and philo-Semitic perspectives are tendentious and incorrect, and I can’t help but think that the extreme anti-Semitic perspective is closer to the Truth. This might sound tone deaf to a person still ensconced in the mainstream narrative of history, but once one realizes how a heavily Jewish Soviet system killed at a minimum 20 million people between 1925 and 1940 (during peace time) and how strenuously Adolf Hitler tried to avoid war with the western allies, a different view of history emerges. The more one studies this period, the more the philo-Semitic arguments seem like spin.2

The first point above was not Cole’s but Ambassador Bill Bullitt’s in his 1936 letter from Moscow to President Roosevelt (see footnote 1 below). Cole cleverly finds a parallel between Jews attempting to keep a lid on Russian resentment during the early Soviet period to American Jews today trying to masochistically manage the recent spate of violent non-white anti-Semitism—and he uses the fascinating case of William Bullitt (a half-Jew himself) to tie it all together.

Just as fascinating is how Cole not only recognizes the truth and justice behind counter-Semitic positions, but he fails to take that final step to become counter-Semitic himself or to at least advocate for some form of white advocacy in the face of the Great Hebraic Nemesis. I know this is a touchy topic for him—nearly every article of his makes reference to either his own Jewishness or the Holocaust. Being a Jew seems to be a big deal for him. Yet he himself correctly admits that Jews on the Left wish to “transform the U.S. into a Third World hellhole.” What are white people supposed to do about this? Just let it happen? Cole talks about the suicidal tendencies of Jews who wish to excuse the anti-Jewish behavior of non-whites. But wouldn’t a philo-Semitic attitude on the part of white people be equally suicidal? Wouldn’t that be playing directly in the hands of their enemies?

This part of why I struggle a little with writers like Cole, Pat Buchanan, John Derbyshire, and to a lesser extent Jim Goad. I read them, I enjoy them, I learn from them—and I certainly want them to keep writing. But it seems to me these guys are better at documenting the problem than they are at prescribing real solutions. It’s as if they are operating under the assumption that a solution is not possible unless our enemies read their articles and change sides the culture wars. Like that’s ever going to happen.3

White Nationalists tend to take the problems of whites as a given and focus mostly on solutions. This is both a strength and a weakness. In the latter case, it can make us seem at worst unhinged (“Right Wing Death Squads, now!”) and at best naïve and out of touch (“I’m a White Nationalist running for president!”). Cole himself ridiculed such separatist ideas in his essay “The Day Reagan Yelled at Black People,” in which he wrote (emphasis, mine):

In the former case, however, the closer whites get to majority-minority status in the United States, the more we are going to require workable solutions rather than reiterations of problems we already know exist. I have yet to read anything better than Greg Johnson’s “Slow Cleanse,” and if anyone on the Right or Left has a better suggestion, I am all ears.

One final point about David Cole. Brilliant as he is, I can’t help but feel melancholic when I read him. I sympathize with his frustration regarding his own people. I have the same with mine. Perhaps by acting on our natural ethnocentric instincts and calling for a peaceful breakup of the United States roughly along racial lines we can ease the pain and come to a solution that doesn’t involve war or suicide.

1. This first point was made by Ambassador Bill Bullitt in his 1936 letter from Moscow to President Roosevelt in which he stated:

The Russians have always been and are bad bureaucrats. In consequence, extraordinary numbers of Jews are employed in all the Commissariats. Only one out of each sixty-one inhabitants of the Soviet Union is a Jew; but twenty of the sixty-one Commissars and Vice-Commissars are Jews. The upper bureaucracy in nearly all Commissariats is Jewish.

Bullitt also explains in his letter that the Soviets believed in mass murder on a genocidal scale and describes communism as a “militant faith determined to produce world revolution and the ‘liquidation’, (that is to say, murder), of all non-believers.”

2. A great example of the philo-Semitic spin of history can be found in how leftist Jews will quickly condemn French politician Jean-Marie Le Pen as an anti-Semite for stating that the Holocaust was “just a detail in the history of the Second World War.” Then they will deny or simply ignore the Jewish complicity in the far-greater atrocities committed by the Soviets between the wars. My 1989 edition of the Harcourt Brace textbook The Mainstream of Civilization Since 1500 dedicates six pages to this period and mentions men such as Zinoviev, Kamenev, and Yagoda but not their Jewish origins. At least two of the five authors, Stanley Chodorow (the lead author) and Conrad Schirokauer are Jews. My 2008 edition of The Western Heritage is even more dishonest. In the seven-odd pages dedicated to the early Soviet atrocities, the authors keep Jews entirely out of it and lay everything at the feet of Stalin while mentioning only two of his gentile henchmen, Bukharin and Yezhov. Of course, Donald Kagan, the lead author of the book, is Jewish. At least with Le Pen, the Jewish Holocaust counts as a detail in history. For these mainstream Jewish historians, Jewish genocidal complicity doesn’t amount to even that.

3. This means no disrespect for any of these writers—they put their real names and faces out there, and I don’t. I owe them a debt of gratitude because without guys like them, you wouldn’t have guys like me.