Dr. Oasis Kodila-Tedika on the Relationship between Intelligence & Economic Development 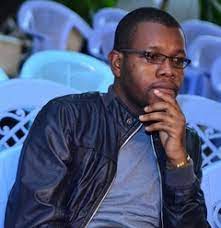 Dr. Oasis Kodila-Tedika is an economics lecturer at the University of Kinshasa in the Democratic Republic of the Congo (DRC). As a trailblazing researcher he has authored several landmark papers on intelligence, economic development, and institutions. This Congolese economist is also a multitalented professional whose expertise has benefited institutions such as the World Bank, the United Nations, and PriceWaterhouse Coopers.

Intelligence is a primary theme in your research on development, so could you explain how it affects governance?

My own research in this area complemented a wave of research that wanted to understand the effect of human capital, by using human capital as a proxy for intelligence. This relationship is not obvious theoretically. But here are some of the reasons for the positive relationship between the two that we have found.

First, intelligence is positively related to patience that accompanies the learning process and that allows players in the institutions to have a better understanding of the principles and rules that govern them.

Second, as group cognitive skills have more meaningful effect on national outcomes than individual intelligence, national IQ captures the level of cooperation within the institutions in order to produce the outcomes that are nationally efficient. In fact, one of the aims of modern institutions is to support pro-market policies. In this vein, high IQ levels are expected to have a positive effect on institutions since intelligent people appear more likely to support pro-market and pro-trade policies that are implemented within the national institutions.

Thirdly, if all highly educated people productively use their intelligence in the economy, chances are that society will benefit from a more productive labor force at all levels of governance, state or local. This in turn enables society to take advantage of the Gerschenkron effect, or of the advantages of imitation and innovation predicted in theories of endogenous growth, which in turn leads to a virtuous circle of development. However, the opposite effect should not be ignored. If the standard deviation of the distribution of intelligence is close to zero, the effects of intelligence will depend on its absolute level. If all the population enjoys higher intelligence, it is likely that political equilibrium will be optimal, with a positive consequence on governance.

Furthermore, smarter people are likely to mimic the positive experiences of successful nations, including in the area of governance. ​Under the assumption that the level of intelligence is lower, social equilibrium will be very low, with probable “capture” of society by the dominant coalition.

Economic diversification creates more opportunities for innovation by preventing an economy from becoming dependent on a specific sector. Would you say that intelligence determines the level of economic diversity?

In effect, diversification is having several products to export, to put it simply. Each product is a concentration of intelligence. Second, intelligence allows a more fluid and faster combination of several goods to produce a new one likely to meet the market need. Moreover, we are convinced that human capital is very useful when considered from an “economic structure” perspective. Hence, economic sectors should be attracted by more qualified human capital. This could be the basis for labor reallocations from the agricultural sector to more productive sectors.

I co-wrote with Simplice Asongu a paper which precisely proves this relationship. Before this paper, to my knowledge there was no article in economics that clearly showed this link in a factual way.

Is the underdevelopment of financial systems in some parts of the world explained by intelligence?

The same reasoning of the Gerschenkron effect applies here as well. But there is also the fact that a strong intelligence innovates by proposing new products. A case in point is the work of Ariell Reshef and his various co-authors showing that the financial sector captures better brains. Moreover, high levels of human capital enable access to better information, thereby mitigating risk.

Human capital is also positively related to savings. This could be explained by the fact that developed intelligence is associated with long-term horizon planning. It is within this framework that Jones and Podemska (2010) have established a link between Intellectual Quotient (IQ) and savings.

Finally, human capital in the financial sector indicated by the competence of skilled banking professionals contributes to enhancing the stability of banks.

You have argued that intelligence is associated with institutional quality, innovation, and productivity, so can you explain your findings?

Everything I said above precisely allows innovation and productivity. For example, a more developed financial sector allocates resources more efficiently, which manifests itself in greater productivity.

Besides studying the importance of intelligence in modern societies, you also submit that regions with lower intelligence were more susceptible to the slave trade. Could you comment on your findings?

This research was poorly received when the press came across it, yet the intuitions behind it are obvious. I would first like to clarify one thing: I do not believe in the dominance of a “race” a priori or race superiority, whatsoever. The idea is simple: When Africa came into contact with the settlers, particularly for the slave trade, it is because the settlers had already developed a technology superior to what Africa had at that time. I do not leave a continent to arrive in my country, the DRC, by magic. This technology is the reflection of the intelligence and human capital of the time. I can also see behind the idea of better organization, which is easier with higher human capital.

It has been theorized that disparities in development are a consequence of genetic distance. Based on your findings, is there any merit to this theory?

Empirical evidence points in this direction. I found with my co-author Simplice Asongu, for example, that genetic distance explained current human capital. We concluded that countries that are genetically far from leading nations tend to have lower levels of human capital with negative correlation from the United States frontier higher relative to the United Kingdom frontier.

The fundamental idea here is to say: genetic distance contains a legacy, a cultural heritage. Thus, I transmit my values to my child. This can be the valuation of education. This may explain our results.

Some posit that ethnic tribalism is hindering Africa’s development, but do you have evidence to corroborate this assertion?

I have proof. I found this in my paper titled, “Tribalism and Finance.” This is because tribalism hinders the creation of trust networks that are crucial to the development of financial institutions and participation in the formal economy. Additionally, because of monetary tribalism resources circulate primarily within a tribe or predominantly among a group of tribes. This allocation, which is sub-optimal, substantially inhibits financial development. Consequently, tribalism diminishes financial development by limiting money supply; financial depth; liquid liabilities, or the proportion of money circulating within the banking sector; and bank efficiency, when credit is restricted within certain tribal confines. This is also the case in stock market development, because businesses avoid stock market capitalization due to the fear of losing tribal control over their assets, since the buying of shares is normally associated with voter rights.

Economists argue that trust matters for development. Is this assumption justified by evidence?

Indeed, this is proven in much academic literature. I don’t think anyone can doubt that today. Economic development is notably the consequence of entrepreneurs. My findings suggest that about half of the variation in entrepreneurial spirit across countries in the world is driven by trust considerations. This result is robust.

Studying how leadership styles promote development is becoming quite popular, and you have explored the link between a country’s long-term vision and development. Are your findings compatible with this line of research?

Recently, economists have begun to question the place of leaders, particularly in development. And I strongly believe in doing so. Inspired in particular by what is happening in my country and African countries in general, I began the reflection with my co-author Sherif Khalifa. One of the things that was evident was the lack of vision of African leaders. But no one had ever taken this problem seriously to test it. It was therefore necessary to find the data on vision. We therefore mobilized data from the Institutional Profiles Database. It was just the beginning, because the most difficult thing was to resolve the question of endogeneity: As much as long-term vision can influence the level of living standards, economic development can have an effect on whether agents and agencies in a country adopt a long-term vision as well. In more developed countries, agents are more likely to be forward-looking and to plan ahead to preserve their high living standards, and authorities are more likely to take that into consideration in their policymaking. So, we had to find a way to solve the problem. Then we found the solution: The results show that the adoption of a long-term vision has a statistically significant positive association with economic development.

Thanks for your time. In the future, will you produce studies relating to the deep roots of development hypothesis?

Yes, I am working on these questions. My future goal is to first test some theories at the sub-national level to explain realities inside African countries. But I will also evaluate the consequences of certain diseases on informal institutions.

» The Great Replacement: Coming Soon to Your Hometown!