They’ll Laugh If You’re Chopped Up: The Narcissistic Sadism of White Leftists 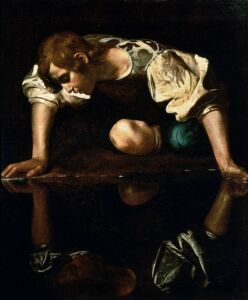 As the handsome Greek youth Narcissus gazed into his forest pool, adoring his own reflection, he would have made a perfect target for the Knock-Out Game. An oppressed black could easily have crept up behind him and demonstrated the power of the righteous black fist.

The key to understanding Leftism

Fortunately for Narcissus, Greece wasn’t vibrantly enriched in those far-off days. Unlike their modern descendants, the stale pale ancient Greeks didn’t have the privilege of feeding, clothing, and housing huge numbers of violent and corrupt non-whites. They had to devote themselves to other things, like inventing mathematics, philosophy, and science, creating immortal art and literature, and laying the foundations of Western civilization.

Part of their legacy is the beauty, strangeness, and profundity of Greek myth, which has enriched European cultures and languages in countless ways. For example, the story of Narcissus is where we get the name and concept of narcissism: obsessive love or worship of the self. The concept is the key to understanding Leftist psychology and how white Leftists celebrate the displacement and destruction of their own race. Leftists don’t look at the world to see what’s there. Instead, they look for their own reflections. The death of Nelson Mandela was a mirror-moment for Leftists, a chance to feel the thrill of their own moral and intellectual superiority. Here is one of those Leftist narcissists gazing at her own reflection in the Guardian:

Sainthood can be very sanitising, of course, and the right have a vested interest in smothering the realities of Mandela’s radicalism under a lead blanket of tributes. But Mandela not only made history, he also did so in such a way that he made others wish to rewrite their own histories. In some cases, they seem to have done this because the argument against apartheid — and it actually was a matter of debate for plenty of people at the time, kids — was won so totally that to retrospectively admit in public that you were on the wrong side of it, or in effect on the fence, became akin to saying you were as politically witless as you were wicked.

(Marina Hyde, “Follow Mandela’s example, and roar with laughter at all this rightwing fawning,” Guardian, December 6, 2013) 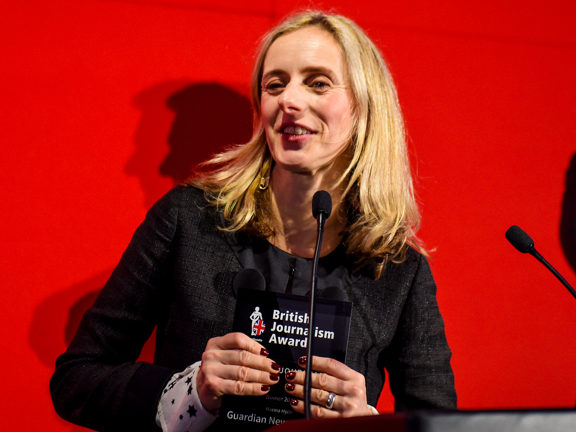 Yes, according to the Guardian journalist Marina Hyde, it was “wicked” and “witless” to oppose the creation of modern South Africa, the shining rainbow nation where murder, rape, and corruption flourish as they never did under apartheid. And that’s just the police:

In recent years, the police force has become internationally notorious for its brutality and corruption. Nine policemen were arrested earlier this year for murder, but only after a video surfaced showing them tying a man to a van and dragging him through the streets before killing him. And in May, a policeman was caught on tape pimping a policewoman to a man in a mall parking lot.

That’s the reality of South Africa: Leftists rescued blacks from their racist oppressors and blacks are now far worse off. Leftists have also rescued blacks in America from the racist police, which means, as Steve Sailer has exhaustively documented, that far more blacks are dying violent deaths at the hands of other blacks.

That seems to be a general rule of Leftism: it most harms those it claims to be most concerned about. However, Leftist narcissists like Marina Hyde aren’t interested in the consequences of their Leftism. Decent people don’t mention black criminality — except to blame it on Whitey. But decent people do gloat over bestial savagery when it is inflicted on a deserving target. After the Boer nationalist Eugene Terre’Blanche (1941-2010) was hacked to death by blacks on his own farm, Marina Hyde and an Iranian comedian called Omid Djalili openly gloated at the news on BBC radio. But they didn’t gloat over simply the fact of Terre’Blanche’s death: they gloated over the slow and painful manner in which he died. Someone who was Liberal in the classic sense was listening to the broadcast and recorded his shock at his blog: 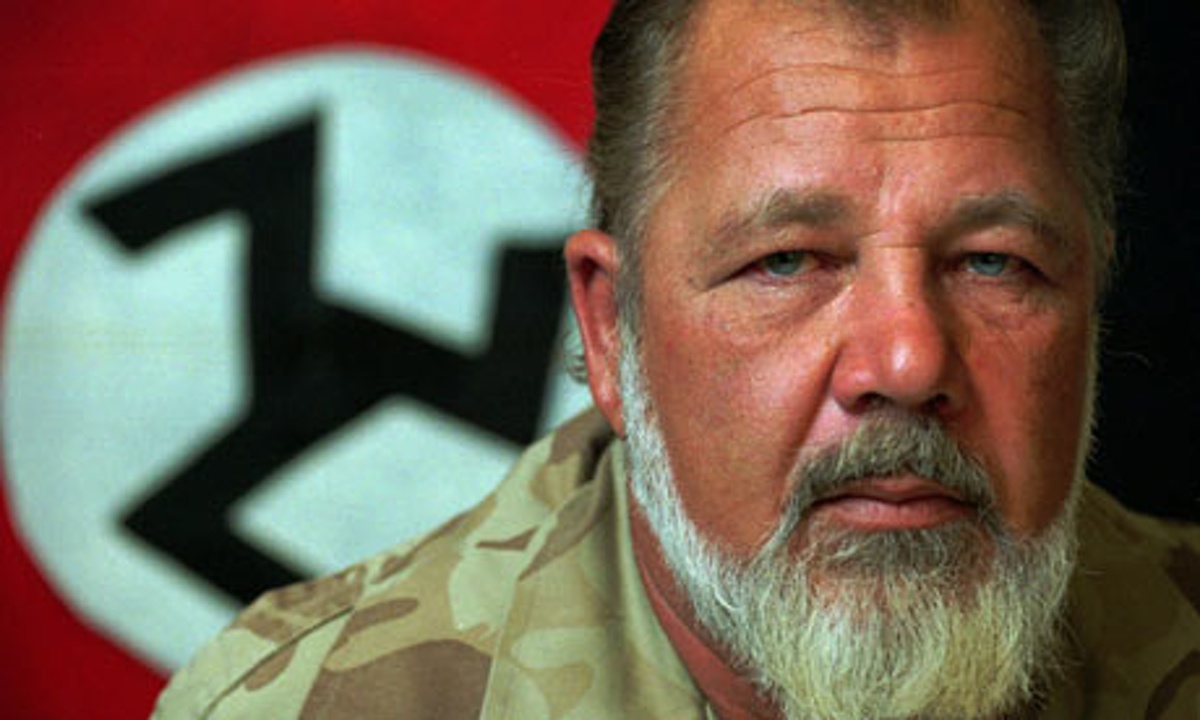 At least I knew the identities of the people who shocked me so profoundly on BBC Radio 4’s Sunday morning news flagship Broadcasting House, when newspaper reviewer Omid Djalili announced between chortles “I can’t keep a straight face” while discussing the murder of South African white supremacist Eugene Terreblanche, and Guardian columnist Marina Hyde chipped in “He was still alive when the police found him in his remote farm, so I suppose at least you could say it was slow.”

My, how they all laughed. I sat astonished, waiting vainly for the programme’s host to ask the obvious “So, you’re in favour of the death penalty, are you?” And trying to imagine the fuss that would ensue if a group of right-leaning people had similarly rejoiced in the death of a black political leader. Not that there is the slightest chance of any such thing being allowed on the BBC this side of hell freezing over.

Thoroughly nasty piece of work though he no doubt was, a human being had just been brutally hacked to death. Even I, who am constantly getting into trouble for my inappropriate sense of humour, can see that is not a fit subject for comedy. 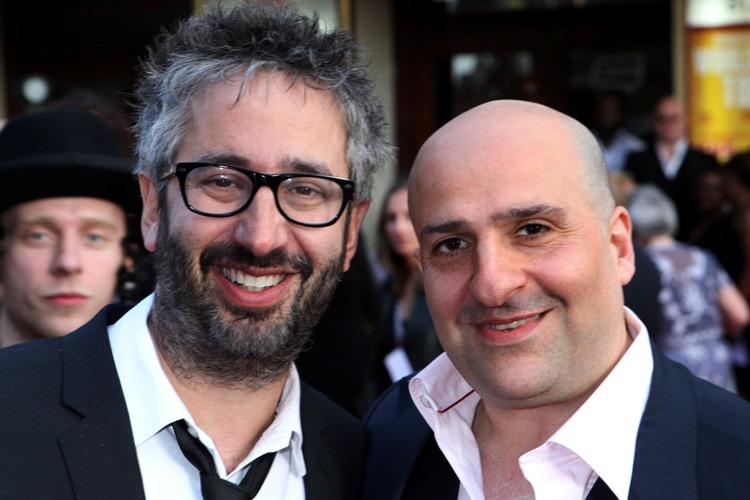 Slow, painful death. That is what white racists like you and me deserve. If we’re hacked up and left to die by inches, Leftists like Marina Hyde and Omid Djalili will laugh and gloat, as was conclusively proved on BBC radio in 2010. And it’s interesting that Hyde made a point of referring to Terre’Blanche’s “remote farm.” How uncouth and démodé is that? Imagine — yuck — actually growing things and raising dirty, smelly animals, far from the bright lights of a city. That’s for boorish Boers, whose name literally comes from the Dutch for “farmer.”

Grappling with show-biz and sport

Farming is not for civilized, sophisticated folk like Marina Hyde, who honed her steely intellect studying English at Oxford before joining the Guardian to grapple with such weighty topics as show-biz and sport. Like farming, human genetics is far beneath her notice. Again, it’s reality. Yuck. Marina is a Leftist, so her approach to genetics is simple. She doesn’t ask “Do racial differences exist?” but “Does believing in them look good to my tribe?”

It doesn’t, so she rejects it. And here’s one of the ironies of Leftism. They feel utter contempt for the credulity and conformism of fundamentalist Christians. But they have a more credulous and conformist fundamentalism of their own. Scientifically speaking, it’s far less irrational to believe that Jesus rose from the dead than to believe that we’re all the same under the skin. You can’t subject the first claim to any scientific test, so science cannot rule it out.

Sniffing out an Islamophobe

The second claim, which is about current and easily accessible reality, fails any honest and objective scientific test. That’s why it has to be defended with censorship and witch-hunts. In debate, Leftists will tolerate anything but dissent. By dissenting, you question not the facts but the virtue of Leftists. The facts don’t matter: Leftists rush to defend themselves, not the group they pretend to be concerned about. That’s why Marina Hyde went witch-hunting in 2004:

Back at once to the mystery gripping British commentary: the identity of the Sunday Telegraph’s new star columnist “Will Cummins.” To recap, for the past four weeks Will has written a series of pieces peppered with references to Islam’s “black heart” and “black face,” whose intellectual thrust is perhaps best summarised as: “These vile Muslims are coming to get us and we’re all going to die unless we get them first.” When last week we wondered why he had no other hits on Google, comment editor Mark Law would only reveal that Will Cummins was a pseudonym for someone who wished to work anonymously.

But don’t worry: Hyde soon sniffed out the thought-criminal’s real identity and got him fired. By enforcing silence on Muslim pathologies, she was helping the rape-gangs of Rotherham and many other British towns and cities. But so what? How many Islamically enriched girls in Rotherham have degrees in EngLit from Oxford and work for the Guardian? They don’t matter to narcissists like Hyde, a fierce feminist who subsides meekly into silence when non-white men are abusing white women. And she wants to silence anyone else who might raise the unpleasant topic of non-white misbehavior. In Leftism, it’s blasphemous to reject absolute human equality, to question the blessings of mass immigration, or to deny the greatness of Nelson Mandela.

Boers built it, blacks wrecked it

But what did Mandela actually achieve, apart from taking South Africa from its white creators and refraining from destroying it immediately? Eugene Terre’Blanche was a success at the difficult job of running a farm. He fed and housed many people while Marina Hyde was sniffing out thought-crime and writing about show-biz. White Boers like Terre’Blanche created an advanced industrial civilization capable of building its own nuclear weapons and delivering them with its own jets. Blacks like Mandela took over and have run that white civilization into the ground, just as blacks did in Zimbabwe and Detroit.

I doubt that this black failure would have surprised Sir Alastair Edgcumbe James Dudley-Williams or Sir Rolf Dudley-Williams. Who were they? Well, they were the father and grandfather of Marina Hyde and stalwarts of the British Conservative party in the days when it was genuinely Right-wing. Marina Hyde comes from a Right-wing family, you see, and there’s another irony of Leftism. From the smugness and self-righteousness with which Leftists express and enforce their anti-racism, you would assume that they had reached their opinions after intense intellectual effort and struggle.

They haven’t. They take their beliefs uncritically and unthinkingly from cultural Marxism, the new state religion of the West. Like the old one, it has saints and martyrs for its cultists to worship: Nelson Mandela, Stephen Lawrence, Rosa Parks, Matthew Shepard, et al. But if Marina Hyde had been born four centuries ago, she would have been a devout Christian instead. Leftists like her obviously need an ideology that assures them of their own virtue and lifts them far above unbelievers.

In 2010, Marina Hyde was celebrating the painful death of a “white supremacist.” In 1610, she might well have been celebrating the painful death of another kind of heretic. Only some Leftist ideas are new. Leftist psychology is very old. That’s why the myth of Narcissus explains their behavior so well. They sit gazing at their own reflections and ignore ugly reality.

But Narcissus died of self-love, and so will Leftism. Reality is creeping up behind it, ready to deliver a knock-out blow.