Is Another Conservative Christian Resurgence On The Horizon? 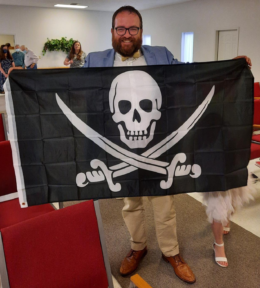 America’s two largest conservative congregations — the Catholic Church and the Southern Baptist Convention — experienced major internal battles last week. Conservatives led the charge within both to turn their respective denomination against a particular social ill. For America’s Catholic bishops, it was the second Catholic president being the most pro-abortion chief in U.S. history. For the Southern Baptists, it was Critical Race Theory and its influence over the SBC. The conservatives triumphed within the US Conference of Catholic Bishops while they suffered a narrow defeat at the SBC’s conclave.

Could these events signal a conservative takeover of these important institutions? Are we ready to see these churches turn into bulwarks against liberalism? Not quite. Both are notable events but they come at a time when both denominations are in steep decline and a sudden commitment to conservative values won’t change that fact.

The USCCB’s proposed order to encourage the denial of communion to politicians who support abortion gained the most attention. The decision was clearly directed at President Biden, an allegedly faithful Catholic who expanded access to abortion. The proposal didn’t explicitly order the refusal of communion, but it did make clear that the Church disapproves of politicians who strongly support abortion. The overwhelming majority of bishops voted for it. This is the number one issue to the American Catholic hierarchy. The bishops were much stronger on the issue in the era when Roe v. Wade was first enacted. The prelates back then insisted that overturning the Supreme Court order was not enough and the nation must ban the practice throughout the nation. (Roe v. Wade simply legalized it in every state. If it was overturned, its legality would fall back to the states, not be banned outright.)

Biden is only the second Catholic to be president. The news media loves to mention that he’s a devout Catholic, possibly even the most religious president we’ve had in decades. (This, of course, leaves out George W. Bush, an evangelical so fervent that liberals worried he may turn America into a theocracy.) But, despite being super devout Catholic, Biden seems largely uninterested in any of his church’s interests. He’s the most pro-abortion president in U.S. history and he opposes “religious liberty” principles that allow Christian non-profits to operate without complete submission to the gay agenda. His family is hardly the model Christian unit either. None of this stops the forced coverage of the choir boy as commander-in-chief.

The churches likely won’t affect Biden in any case. The decision to withhold communion would be up to the Archbishop of Washington, who says he will continue to offer the sacrament to the president. Pope Francis also warned his bishops to not withhold communion from Biden. The big fuss around the move is the church publicly declaring itself anti-abortion, a stance it has long taken and not been shy about expressing. The bishops’ announcement was not well-received among Catholic Democrats. Sixty Congressional Democrats signed a letter criticizing the “weaponization” of communion. One Catholic Democrat, California Rep. Ted Lieu, publicly declared his differences with the church on Twitter and dared its priest to deny him communion.

Next time I go to Church, I dare you to deny me Communion. https://t.co/bUmiyJ8TtH

Conservatives were thrilled with the bishops’ proposal and felt it was necessary to induce politicians to follow church teaching. But the intense backlash doesn’t appear to show it changing political behavior. Moreover, the flock may be more inclined to side with Biden. At least 56% of American Catholics believe abortion should be legal in most or all cases. In contrast, 55% of Protestants believe it should be illegal in most or all cases. The difference is striking when one considers that the Catholic Church has always opposed abortion while many conservative Protestant denominations, including the SBC, were neutral on the matter pre-Moral Majority. Additionally, 68% of Catholics oppose overturning Roe v. Wade. The bishops may think abortion is a vital issue, but their flock doesn’t.

The SBC battle over Critical Race Theory is a bit different. Rather than its leaders imposing a position on the flock, it was the flock rebelling against its leaders. The largest Protestant denomination hosted its first meeting in two years last week and witnessed a revolt stirred up by the Conservative Baptist Network. The CBN is a recently-formed pressure group aiming to eliminate “wokeness” from the SBC and return the congregation to biblical simplicity. These renegade pastors who adopted the Jolly Roger flag as their symbol took particular issue with CRT. They derided this amorphous term as anti-biblical and racist.

“It’s just the opposite of the gospel,” Indiana pastor Michael Wilhite told reporters. “Under critical race theory, there is no hope. If you’re white, you’re automatically a racist because of white supremacy. But with the gospel there’s hope. I don’t need critical race theory to diagnose what’s wrong with mankind. I’ve got the Bible, and it does a fine job doing that.”

Several prominent theologians and leaders condemned Critical Race Theory last year, but many of those who signed it later walked it back after black pastors left or threatened to leave the SBC. This issue has embroiled the denomination thanks to recent woke resolutions passed by the SBC that support “anti-racism” and “diversity.” The previous president of the SBC endorsed Black Lives Matter. The CBN’s main objectives were to elect a more conservative president and revoke a 2019 resolution that tolerated CRT and other Left-wing ideologies “as analytical tools subordinate to Scripture.” The CBN failed in both objectives, but by close margins. The group pledges to keep fighting on these issues within the convention.

The CBN’s concerns reflect broader tensions within America. All across the nation, parents are fighting school boards over CRT and transgender lessons. Republicans battle over the future of the party and whether it should better advance the interests of the grassroots or cater more to liberal suburbanites. The SBC fight is another battle featuring Middle Americans trying to claw back an institution from the grasp of liberal elites. Much of the SBC leadership are anti-Trump and believe in systemic racism. They also believe their followers need to check their white privilege and do more to serve non-whites. That’s why the CBN wants new leaders to better reflect the whites in the pews.

This is also a more relevant fight than the USCCB controversy. Most Americans don’t care about abortion, even if they will say they’re pro-life or pro-choice. It’s been legal for nearly 50 years and it will stay legal (at least in most parts of the country) for the foreseeable future. It’s not an issue that directly affects American lives. Anti-white racism, on the other hand, does. More of the SBC is on the side of the CBN than ordinary Catholics are with their pro-life bishops.

It would have been great if the CBN had succeeded. Taking over a powerful institution and stripping it of its anti-white traits would undoubtedly be a plus. Regardless of your opinion of Baptists, one hopes they carry the fight into the future.

But there’s a bigger problem for both conservatives in the Catholic Church and SBC: membership is in serious decline. A 2015 Pew study found that over half of adults raised Catholic had left the church at some point in their lives. And that was before the most recent sex abuse scandal. Polls found that at least a third of Catholics consider leaving the church over those revelations. The SBC’s membership has dropped by over a million since 2017 and baptisms are in stark decline. The broader evangelical movement faces the problem of its younger members being far more liberal than its older congregants. Young evangelicals actually want the SBC to promote Critical Race Theory and mandatory diversity.

Whites, in general, are becoming less Christian. All Christian institutions look to the third world for their futures. Even if conservatives did take over these churches, they would still likely back mass immigration to replace the whites who leave. The Catholic Church has already shifted to this position, which is why it dedicates so many resources to refugee resettlement and immigrant advocacy. That’s on top of ensuring the third world never receives contraceptives, which leads to more overpopulation and more migration.

These fights occur at a time when Christian institutions are retreating from public life. The Catholic Church’s attempt to pressure Democrats to not fully bend the knee for the pro-abortion crowd won’t work. Most Catholics never go to confession, don’t know the basics of the catechism, and only attend church on Easter and Christmas. They’re not going to care what their bishops say about abortion. Evangelicals, like the Southern Baptists, generally take their faith more seriously, but they no longer have the clout that they had in the George Bush era. Their only hope is to keep poisonous influences out of their own cultural sphere.

The only way there can be a resurgence in healthy Christianity is if the ruling order changes. Until then, most churches will be happy to render their submission unto Caesar.