Why We Need Protectionism 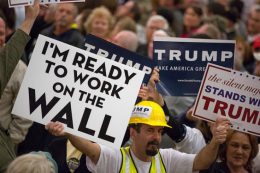 It’s rather funny that the very people who go on about value being subjective act as if a “more productive” economy is objectively more valuable than all possible alternatives. If people subjectively prefer a more stable job market to one that produces more net total stuff, then why shouldn’t the proponents of the “subjective theory of value” see that as a viable reason to endorse protectionism? Even if protectionism does reduce the national GDP, one can still reasonably ask of what human beings need more: the stability of being better able to predict the future, or the dignity of having a job? Or a larger total quantity of mass-produced trinkets, while people drift from dead-end job to dead-end job?

Austrolibertarians tell us that there is no objective way to rank the utility of getting things desired now versus getting them in the future, and explain that interest exists to coordinate the differences in preferences for now versus later that exist between various individuals. They will then refrain – for good reason – from saying that investing is “objectively” better than consuming. Investments only exist, after all, so that they can eventually be consumed. So the Austrolibertarian, as an economist, can’t pass any judgement on whether a given person’s decision to save or spend was “right” or “wrong.”

But then they betray all of these principles. Even though – according to them – things like immigration and free trade have short-term costs combined with long-term benefits, they claim that it is objectively true that these policies are good and should be supported.

But this implies that there is an objective answer as to how one ought to weigh costs incurred “now” versus payoffs and returns received “later” – even granting their assumptions about the costs and benefits. What if I simply prefer knowing that I can train my children to work in the same industry in which I spent my life, giving me the ability to relax and trust that they and I will both have a secure future, to speeding up the process of competition and throwing myself and them into an unstable, constantly-changing job market, no matter how much that would raise the GDP for my grandchildrens’ generation?

As Sacco and Vanzetti Vandal’s A Call for Economic Nationalism notes, “Fifty years ago, permanent employment with the promise of a pension upon retirement was the standard in America. Now, temporary contracts that employ workers for either a few months or a few years have become the standard . . . globalization has destroyed permanent work.” This change, in and of itself, has an extremely significant effect on the human quality of life – and it simply isn’t captured by material measurements of the economy’s performance. It’s perfectly fine to debate whether taking on this kind of change in the national way of life is worth a given amount of “stuff.”

Models that reduce human beings to economic units tend to miss this point: a person relocating for work is very, very much unlike shipping a product to someone who wants it somewhere else. Goods don’t have preferences about where they live, but for human beings, these preferences are among the most significant in all of our lives. Moving can break down communities. It can take people away from communities they value and of which they want to be a part. It can significantly reduce a person’s chances of finding the kind of partner with which they would actually want to live their lives.

Ecologist Garrett Hardin (who coined the term “tragedy of the commons” in 1968) famously argued against unchecked mass immigration on Left-wing environmentalist grounds in his article on Lifeboat Ethics. Colin Hines, who worked with Greenpeace for ten years, is now making similar arguments about protectionism in the book Progressive Protectionism.

So now, of course, the mainstream Trump-hating Left will side with Forbes Magazine in opposing tariffs. But the desire to preserve local traditions and recognize that human dignity, security, and the protection of ways of life that people actually want to live can conflict with the desire to simply maximize the net total production of things. It has as much presence within the authentic Left as it does on the Right. Identity politics has simply corrupted whatever remains of any “authentic Left” worth talking about.

These impacts are most visible in the local labor markets in which the industries exposed to foreign competition are concentrated. Adjustment in local labor markets is remarkably slow, with wages and labor-force participation rates remaining depressed and unemployment rates remaining elevated for at least a full decade after the China trade shock commences. Exposed workers experience greater job churning and reduced lifetime income. (emphasis mine)

The authors have several more important studies collected at The China Trade Shock. Another one, ”When Work Disappears: Manufacturing Decline and the Falling Marriage-Market Value of Young Men,” notes that trade shocks have directly contributed to “premature mortality among young males” while increasing the number of “mothers who are unwed and share of children living in below-poverty, single-headed households.” Again, stripping men of the dignity of work has social costs that go far beyond what can strictly be measured in GDP; it destroys communities, and it destroys relationships.

As Nick Fuentes rightly pointed out on Twitter recently, “The most vocal advocates for free trade always conveniently work in industries least effected by free trade. Harvard economists, CNN pundits, Cato institute interns – these people aren’t exactly feeling the pain from offshoring the way our machinists are . . .” Very few of these people run the risk of becoming deadbeat fathers who simply can’t find work dignified enough to support a marriage or children. But any real “conservatism” worth the name should at the very least put preserving families above maximizing GDP. 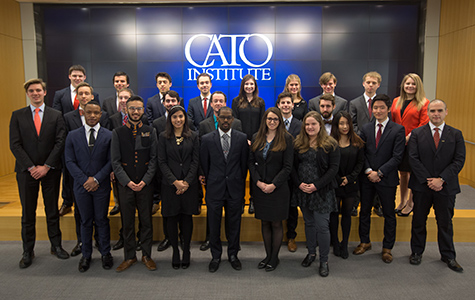 It makes perfect sense, then, why it is that, once we crunch the numbers, we see that living in areas affected by trade shocks very significantly predicted voting for Trump. Doesn’t this put the contempt with which Trump voters are seen in the mainstream media in a new light? The glee with which these people will dox and try to destroy the livelihood of members of the Dissident Right is just one illustration of the fact that they really don’t give a damn if white people are left to starve to death, jobless, and without a role to play in modern society. They complain; their concerns are ignored. They vote for someone who actually wants to do something about it, and the issues are obfuscated, while they themselves are treated with nothing but yet more spite and scorn. The crux of the “disagreement” here is that they really just do not care about the complete destruction of your livelihood if it means they can buy – mostly meaningless – stuff a little bit more cheaply.