Aleister Crowley was an English poet, novelist, painter, and mountaineer who is most famous as an occultist, ceremonial magician, and founder of the religion and philosophy of Thelema. Sadly, he was also an egomaniac, a pervert, and a drug addict. At least, though, he did not sacrifice babies to Satan or eat them for breakfast. Ironically, though, Crowley’s supposed Satanism and Black Magic are far less frightening to most people than his politics. For Aleister Crowley was also a man of the Right.

For many on the Right today, Crowley is something of a guilty pleasure, rather like Ayn Rand: someone who opened their minds and set them on a path toward the broader Right, someone whose works still hold value, but not someone they can endorse as a whole, either as a thinker or a person. This, for instance, was very much Charles Krafft’s attitude toward Crowley.

So, to Aleister Crowley, we wish a (qualified) happy birthday! And to you, dear reader, we commend the following articles, reviews, and podcasts on Crowley’s life, ideas, and legacy for the Right. 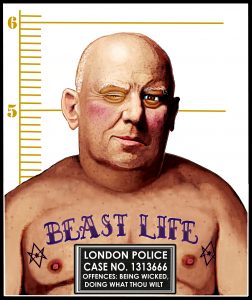 Another important work on Crowley and the Right is Marco Pasi’s Aleister Crowley and the Temptation of Politics (New York: Routledge, 2014), reviewed here by James J. O’Meara.