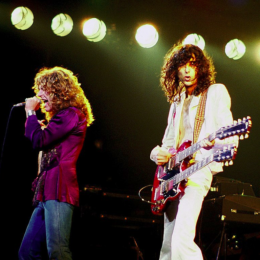 This is followed by the three-chord, A-tempo live favorite “Rock and Roll.” Allegedly, “Roll” was a Little Richard- and Chuck Berry-inspired number Zeppelin would often use as the opening song on their stadium tours, regarded by the Rock and Roll Hall of Fame as one of the songs that defined the genre. “Rock and Roll” sits in complete opposition to that which followed: the medieval, mandolin-flecked “The Battle of Evermore.” Plant is joined by one Sandy Denny on vocals, someone they had jammed with during a wild night in The Troubadour and recognized as a kindred spirit.

« The Rise & Fall of the Second Klan

» “Unsex me here,” or Gender Studies with Shakespeare