The Silence of the Scam: The Killing of Dr. Lesslie 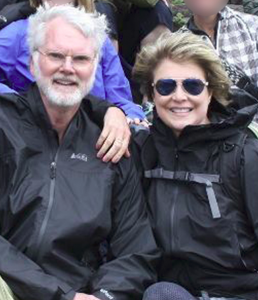 The “scam” — the gross, obscene, dishonest coverage of race-motivated violence in American society by the mainstream media.

Here’s how it has unfolded recently.

Minneapolis, 2020: A black career criminal at 6-foot-4 and 230 pounds named George, loaded up with illegal drugs, dies at the hands of a white policeman, Derek (5-foot-9 and 150 pounds), while resisting arrest. How could such an incident have become an international news sensation that sparked nationwide riots, revealed the presence of “systemic racism” in American society, turned a vicious thug into a civil rights martyr, and hit the arresting officer with a murder charge? In case you doubt that the establishment toads are in the grip of collective insanity: “US Vice-President Mike Pence . . . extended ‘sympathies and prayers to the family and friends of George Floyd over his death.” So, the leaders of both our political parties now are serving the race pimps as lickspittles.

The simple answer to the above question is: A religious fervor, “anti-racism,” has swept across the country. Crude as it is, it has, nevertheless, been embraced by the elites, including the corporate mainstream media. These believers are in charge of mediating the news. Thus, the facts that should have been highly relevant in explaining the death of George Floyd and attributing responsibility for it — fentanyl overdose symptoms, violent criminal career, resisting arrest, etc. — were ignored or downplayed. The silence of the scam. Instead of hard facts, a nebulous abstraction, “systemic racism,” was converted into an article of faith as a universal explanation for why the bad things black people do are never their fault.

Those now devoted to the belief in the existence of this moral miasma that attaches to white people would seem to evoke the credo of the early Christian apologist, Tertullian: Credo quia absurdum (est). I believe because it is absurd. The mainstream media has become a giant, 21st-century Tertullian constantly repeating the line: “Who are you going to believe? Us, or your lying eyes?” We report; you believe — the absurdities. Thus, the absurdity that George Floyd died because of “systemic racism” — rather than the fact of his own agency, specifically that he took a high dosage of a very lethal, illegal drug, committed a crime, and resisted arrest. It takes a gargantuan effort of reality-rejection to embrace the martyrdom of George Floyd, but for those in the news business, reality must bow to “faith” — let’s call it “bad faith.” The summer of 2020 was a scene of an antinomian frenzy of bad faith.

But in case you still believe that the people running the mainstream media care about covering race relations in America honestly and objectively, look at how their bad faith works when black people kill white people. The “spin” by the mainstream media turns in the opposite direction. Utmost care is taken not to mention that the killers are black and to move the outrage toward members of the National Rifle Association. You know: that gun-loving bunch of white guys.

This takes us to the recent horror story in Rockhill, South Carolina, 2021: a 32-year-old black man, Phillip Adams, murdered his white doctor, Robert Lesslie, aged 70, the doctor’s 69-year-old wife, granddaughter, 9, and grandson, 5. He also killed an additional bystander and critically wounded a sixth person. Then he killed himself. As I write this and think about my own granddaughter and grandson of about the same ages, I cannot begin to comprehend what kind of soulless monster would be capable of doing this.

So how does our mainstream media, firmly in the grip of anti-racism, mediate the story of this black-on-white mass murder? Not with the massive outpouring of moral hype and hysteria that followed the death of George Floyd, a man whose life was largely taken up with taking drugs and committing crimes. No, this massacre of a distinguished, community-serving physician and his family was reported with the kind of neutral tone you’d get with the coverage of fatalities from a multi-car pile-up on the interstate — just “a bunch of folks happened to get killed — what a shame.”

The way ABC news told the story should arouse moral revulsion, particularly when you stop and think how different it would be if the races of the victims and perpetrator were reversed. Similar is the case with all of the MSM news organs from the New York Times, to the Washington Post, to CNN.

For starters, in this entire article describing the circumstances of the multiple murders, there is not a single mention of the races of the perpetrator (black) and the victims (white).

The methodology of the reporting is dictated by the same fact-ignoring or downplaying anti-racism bad faith we saw in the coverage of George Floyd’s death. The important difference between the two is that we learn immediately the motive of George’s alleged killer: “racism.” The motive for the confirmed killer of Dr. Lesslie and his family members? Well, now, that’s a mystery.

ABC: “Investigators did not immediately determine a motive for the shooting.” These “investigators” were apparently never trained to recognize the elephant in the room. Anti-racism religious dogma tells us why: blacks cannot be racist. That’s an a priori truth of bad faith. Which explains why the ABC reporter didn’t bother to mention the fact that Adams was black and his victims — all of them — white. It’s simply irrelevant in this case.

Race, of course, is always highly relevant in white-on-black homicides, and a cause for immediate conclusions drawn by reporters because of an a priori corollary truth: white people are inherently racist. “It’s in ‘our DNA,'” as Barack Obama put it metaphorically near the end of his presidency. White cops kill black criminals because white cops are racist bigots who love to kill black men. A black man kills little white children and their grandparents because. . . well, we don’t know for sure. We’ll get back to you on that.

Still, given the horrifying magnitude of Adams’s homicidal rampage, for journalists in relentless search of “hate crimes,” as crimes go, this one would appear to have racial hatred written all over it in giant letters. And yet, pure agnosticism dominates the conclusions and the tone. “We just don’t have a clue yet.” Somehow, the 24/7 drumbeat of anti-white propaganda coming out of every institution in the country — MSM, the universities, the churches, the entertainment industry, and the tech industry — might suggest why a privileged ex-athlete might decide to kill a grandfather, grandmother, and their two grandchildren.

The “investigators” declined to talk about a “motive” for two reasons, I would assert. The killings were a breathtakingly obvious expression of Adams’s feelings (try visceral hatred) toward an entire age range of people, from the elderly down to small children; people he clearly didn’t like for no reason other than their skin color. No? Why else, then? What other motives are plausible? Hard to imagine what they would be, and no one can seem to come up with alternatives.

Second, attributing a motive of race hatred would upset black people who insist on always being victims, even when they are the perpetrators. Such an attribution would contradict the a priori truth that black people cannot be racist. Religious dogma trumps facts.

The supposed search for a motive is a lie and a stupid one.

Everyone knows what the motive is. We are supposed to pretend we don’t.

“A man who identified himself as Adams’ father, Alonzo Adams, told NBC affiliate WCNC of Charlotte that his son killed himself after he shot six people, killing five and injuring one. ‘I think the football messed him up,’ he told the station.”

If only Phillip had pursued a career in orthopedic surgery or neuroscience, he would have been saving lives instead of snuffing them out. No moral agency. No sympathy for the victims and their families. Phillip was a victim of “football.” Whites kill blacks because they hate them — white racism. When blacks kill whites, it’s not their fault. They remain victims — always.

Then there is the institutional response from the National Football League. Adams was a cornerback for years in the NFL, an athlete playing in the most elite, high-paying, high-profile circles of professional sports. At his disposal was a level of wealth and privilege only most men, white men included, could dream of. “’We are aware of the senseless tragedy in Rock Hill, South Carolina, involving former player Phillip Adams,’ Atlanta Falcons spokesperson David Bassity said in a statement.”

There you have it, folks! What counts for “awareness” by the NFL. These are the words of some PR hack for the employer of black millionaire athletes, perpetually ratcheting themselves up about white privilege, indulging their symbolism of contempt for white America, and urinating on their predominately white fan base — the folks who make them rich.

Just a “senseless tragedy.” A day or two in the news cycle and it will be time to move on to getting rid of white supremacist statues, white privilege, and tracking down the white supremacists who protested at the capital in January.

The killing of Dr. Lesslie and his family members is the opposite of a “senseless tragedy.” The mainstream media mediators of the news know it, and they employ all of their efforts to make it look like something other than what it is: a particularly grotesque manifestation of racially incited hatred that is growing daily. It’s not a story they want to tell because it would implicate them as accomplices to its production.

How many decent, innocent white people are going to die before the majority of white Americans realize that the abomination that is the mainstream media is lying to them — that war on them is underway?

My heart breaks for the family and friends of Dr. Lesslie.