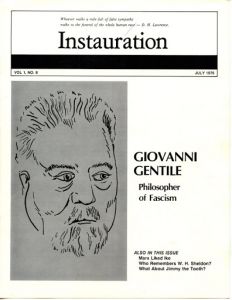 Wilmot Robertson has been a perennial favorite in these pages, and it’s time to provide a list of relevant links and articles published over the years.

The ever-intriguing fact about Robertson is that he thrived for decades as an original, often contrarian, thinker on the racialist Right; yet he remained a man of mystery, known to few. And that was no accident. Look at his bio-blurb from Ventilations:

Wilmot Robertson was born in Philadelphia, back in the days when America was America. He went to an Ivy League college, studied abroad and, after doing his best to keep the United States out of World War II, fought in the North African and Italian campaigns as a combat engineer officer. When the war ended he wasted some precious years in a Madison Avenue advertising agency, then studied physics at Berkeley. Business finally beckoned and he started a small scientific company in the San Francisco Bay Area, accumulating enough funds in the process to take a few years off and put the finishing touches on the manuscript that was eventually published as The Dispossessed Majority. . . [1]

Very Robertson: whimsical and deflective. Like a Who’s Who entry with no verifiable details. There’s the unnamed “Ivy League college,” and the years wasted in a “Madison Avenue advertising agency” (which agency? doing what?). And then that “small scientific company” in Berkeley (what could this be? A consultancy at Lawrence Livermore Labs?). He’s putting us off the scent, because the truth is too risqué.

He wasn’t really Wilmot Robertson, of course; that was just a pseudonym to distract nosy parkers and keep himself and his kinfolk safe. He’d been moving in Rightist circles at least since the late 1930s. Writing his real name on his draft card in 1940, he named as his employer “Social Justice Pub. Corporation” of Royal Oak, Michigan, and his profession was “journalist and editor.” In other words, like Philip Johnson and Francis Parker Yockey, he was writing for Father Coughlin’s newspaper, Social Justice, and “doing his best to keep the United States out of World War II.”

And obviously, there was more to it. His first wife, Betty, was secretary to Lawrence Dennis. In 1944 she was called to Washington to give testimony in the Great Sedition Trial, a Leftist attempt to prosecute Dennis, G. S. Viereck, and assorted others for having been “seditious” anti-war activists. Betty was identified as the wife of Capt. Humphrey Ireland (for such was his name), who was “now in the Army.” A close call, potentially, for Captain Ireland. [2]

In the mid-1960s, still living in Berkeley, Robertson began to contribute to Willis Carto’s Western Destiny magazine. I only saw one piece, and it seemed to be an extract from The Dispossessed Majority, which Robertson had just completed. Carto declined to publish the book but they became good friends. Years later, Robertson asked Carto’s Liberty Lobby for the Western Destiny mailing list, saying he was launching his own similar magazine, to be called Instauration. [3]

Robertson was into his seventies before he ever appeared on the mainstream media radar. And that was because of Instauration, which had become a secret, underground pleasure of the “conservative” cognoscenti. In 1986, Joe Sobran slipped a backhanded compliment into his newspaper column, calling Instauration “an often brilliant magazine, covering a beat nobody else will touch. . .” [4]

Instauration is difficult to describe to the uninitiated. Half of it was/is a serious review of society, politics, and the arts; otherwise, it was a merciless lampoon of Leftist degeneracy and “political correctness,” as people were already saying, circa 1980. A friend from the Stanford Chaparral once breathlessly vouchsafed to me that there was now a “racist humor magazine” being published somewhere. I gasped: “What’s it called?” He didn’t know. It was one of those elusive rumors, like Winston Smith in Nineteen Eighty-Four hearing about The Brotherhood. But then Sobran let the cat out of the bag.

The corpus of commentary on The Dispossessed Majority is voluminous, but for my money, the best writing is Robertson’s own “pendant,” Ventilations. This is a little book of short, biting essays that Robertson wrote in the 1970s, right after he published TDM. There is an excruciating account of his many attempts to advertise and distribute the book, meeting little but rejection and shrieks of horror, even from such “conservative” journals of opinion as Human Events and National Review. Bookstores wouldn’t even accept TDM on consignment.

Robertson ventilates on a dozen other topical topics. Writing in the immediate aftermath of Watergate, Robertson has a great time with the ethnic sleaze and scheming that lay behind that two-year media circus. Not that he has kind words for Richard Nixon:

He left his office in a final blaze of mediocrity by boasting of his accomplishments, ignoring his vices and expressing no bitterness towards his enemies. It was the fall of a little man who felt he could beat the system by buying off his opponents. . . In the end he said he forgave his enemies, but his enemies never forgave him. They never forgive. Alger Hiss and Ellsberg had the last laugh — on him and on us.

His dissection of 1970s feminist blather is nothing short of marvelous, and he makes some tasty observations that even Phyllis Schlafly wouldn’t dare get near:

Ms. Friedan and Ms. Steinem, having sprung from a race that has always treated its women like serfs, are now lecturing American women about their rights. While Steinem’s and Friedan’s ancestresses were ostracized each month during their days of “uncleanness,” a custom still observed by many orthodox Jewish families, Northern European women were enjoying liberties which, according to Tacitus, were the envy of the richest and most “liberated” Roman matrons.

Yes, Ventilations is a good place to start if you’re coming fresh to Wilmot Robertson. Or try out some of the links below.

A note about online sources: Instauration issues, with index, have been scanned and uploaded to a number of websites. The Internet Archive appears to have a complete set (look for “Instauration Magazine”), but it isn’t really string-searchable. Both the archives of Instauration Online and Big Lies are alternative sites with a search function.

Reviews and essays about Robertson books:

Articles peripheral to Wilmot Robertson and his writings:

[3] The correspondence between Robertson and Carto is quite entertaining.