Four Hundred Years Together:
Wilmot Robertson on “The Negroes” 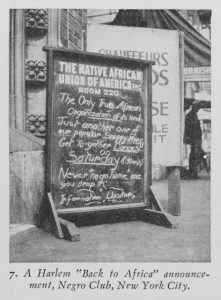 The New York Times has undertaken a “1619 Project” designed to place “the consequences of slavery and the contributions of black Americans at the center of the national narrative.” In other words, more of the same. While the Times presents the usual fairy tales about put-upon yet angelic blacks being oppressed by malevolent whites, at least one of our thinkers would agree that blacks have a central place in American history. Wilmot Robertson devoted an entire chapter to “The Negroes” in his 1972 classic, The Dispossessed Majority (TDM). America has always wrestled with the unique problems caused by blacks – a problem, Robertson notes, that “often seems beyond solution.”

In just seventeen pages, Robertson gives a more solid overview of American blacks and their history than whatever can be imagined by the 1619 Project. At times, Robertson seems almost sympathetic to blacks and their plight. He doesn’t gloss over white culpability in the slave trade, but neither does he give blacks a free pass.

The first twenty blacks came to the American colonies in 1619 as indentured servants when they arrived in Jamestown. While African slavery was “one of the oldest and most enduring of human institutions,” Robertson lays the blame for introducing blacks to the New World on a “pious Christian bishop, Bartolome de la Casas.” But it wasn’t until the start of the Industrial Revolution that slavery became a major presence in the US. Slave labor – mostly field work – was needed on Southern plantations to provide the raw materials for a rapidly industrializing America and Europe.

Usually left out of the American slavery narrative is the central role played by the Africans themselves. Robertson notes that African tribal chiefs were the main procurement agents in the slave trade. They rounded up neighboring tribes and even their own people in exchange for payment (mostly in the form of rum):

Slavery was the inhumanity of white to black. But it was also the inhumanity of blacks to their own kind. For many Negroes transportation to America was simply giving up one form of servitude for another. Often it was a fortuitous escape from starvation, disease, human sacrifice, and cannibalism.

Slavery, of course, is still practiced in Africa. In 1960, $5.60 would purchase a healthy baby in Somalia – something for whites to consider the next time Ilhan Omar lectures us about slavery and racism.

Slavery vexed the leading minds of the day. Washington, Franklin, Hamilton, Madison, and Jefferson were all opposed to slavery, but didn’t take steps to end it for fear of breaking the fledgling nation apart. Jefferson wrote the most deeply on race and slavery. He favored emancipation contingent upon removing blacks, “beyond the reach of mixture.” While opinions differed among leading Americans on slavery, none believed blacks were equal to whites in ability, nor did they advocate integration or interracial marriage (miscegenation).

In 1808, Congress outlawed the importation of new slaves, but did not end slavery in the US. Meanwhile, the black population soared from 750,000 in 1790 to 4.5 million in 1860 – not exactly the “genocide” we are taught it was. Growing numbers of blacks, combined with the presence of federal troops, almost destroyed the American South after the Civil War. “But Southern whites went underground and organized the Ku Klux Klan, whose night riders taught the occupation forces and their white and black collaborators a few points about terror tactics and guerilla warfare,” Robertson writes.

This white resistance helped speed the removal of federal troops in 1877, and “the South was returned to Southerners.” Most blacks became sharecroppers or farmhands, and things more or less returned to normal. But America’s entry into the First World War created a shortage of factory workers. This triggered the Great Migration of blacks to Northern cities, which only ended in the 1970s. In 1900, ninety percent of blacks lived below the Mason-Dixon line. In 1990, almost fifty percent lived above it. Northern whites, many of whom were happy to lecture white Southerners, were now introduced to the reality of race.

Politically, this had great consequences. Prohibited from voting throughout the South, blacks could now join what Robertson termed the “liberal-minority coalition.” Not only did this lead to politicians courting black votes, but Leftist whites (mostly Jews) funded and created black pressure groups. The civil rights revolution, ushered in by Leftist white politicians, corporations, and Supreme Court justices brought down the white South, which was the last citadel of white resistance. But it also unleashed a storm of racial violence upon Northern whites. Black race riots in the 1960s cost 215 lives and $285 million in damages. This culminated in the 1992 Los Angeles riots, which left 58 dead and caused over $1 billion in damages.

So, if poverty and white racism were not to blame for black rioting and violence, what was the cause? According to Robertson, the US had entered into a new era of race relations starting sometime in the 1960s:

An undeniable cause of black violence has been the weakening of white resistance. Throughout American history, white supremacy has been a basic premise of the country’s social relationships. Even the most fiery abolitionists exuded the air of the Great White Father. In fact, white supremacy had such an overwhelming acceptance, was so firmly entrenched and so thoroughly institutionalized that Negroes scarcely dared to criticize it, let alone take more forceful measures. . . . If Majority members would only comprehend that the whole point, the whole drive, the very essence of minority racism is not to obtain equality but to obtain superiority, most of the misunderstandings and misinterpretations of contemporary Negro behavior would be avoided. Racism simply cannot be bought off by token cabinet appointments, Supreme Court seats, or racial quotas. In its dynamic stages, racism can only be controlled or suppressed by superior force, a force most effectively provided by an opposing or countervailing racism. What is indisputable is that the one way not to stop Negro militancy is to reward it.

There is no better evidence of the decline of the American Majority than the continuing success of black racism.

Robertson was very pessimistic about the future of our people in the presence of blacks. He seemed to have some hope that blacks would receive their own homeland, either here in the US or back in Africa. He would expand on his idea of separation as a solution to our racial problem in his 1992 book, The Ethnostate.

Of course, things have only gotten worse in the years since Robertson wrote TDM. Blacks still commit an inordinate amount of crime and racial violence while complaining about the racism they allegedly face. Their demands for favorable treatment are always accepted unquestioningly by whites, even as their sense of oppression increases. Just last month, the 2018 National Crime Victimization Survey data was published. It showed that blacks commit ninety percent of interracial crime between blacks and whites. Rewarding Negro militancy has had terrible and ongoing consequences for whites.

It is also worth noting that the black percentage of the population is increasing – certainly not as quickly as that of Hispanics and Asians, though it doesn’t take too many blacks to wreak havoc upon a nation. In 1960, the black population was only 10.5%, yet they were able to cleanse whole cities of whites. They now stand at 13%. The black population in sub-Saharan Africa is booming thanks to white aid, medicine, and technology, and shows no signs of stopping. Billions of desperately poor Africans will certainly come to America if they get the chance. Who will stop them?

Most of us honor the Founding Fathers for creating a great nation out of a barren wilderness. The story of how whites founded the United States is truly amazing, and is certainly one of the great achievements of the white race. However, it is now apparent that our Founders failed their posterity – perhaps terminally – by not dealing with the Negro problem. Instead of painstaking debates about civil liberties, taxation, Constitutional safeguards, and checks and balances, the Founders shoud have dealt with the ultimate problem of a large black presence in the US. Slavery should have been halted, even if it meant war (which happened anyway) or the dissolution of the US. Africans should have been sent back to their homeland. In retrospect, we lost our last, best hope with Abraham Lincoln’s assassination, as he was prepared to either send blacks back to Africa or to purchase them their own homeland in Central America.

Meanwhile, the white population in the US is decreasing rapidly. If we are not able to secure an ethnostate, whites will certainly be dispossessed and eventually disappear altogether from the nation they created. If that happens, it will fall to Hispanics, Asians, or whatever ascendant race inherits the US to deal with an even larger black population than today. Perhaps they will learn a lesson from the failure of whites to deal with this problem.

» The Battle of Britain