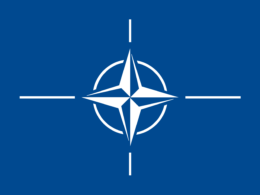 The pro-Kremlin crowd in online Dissident Right spaces has one argument that they love above all others. Mike Peinovich made it in his recent post about how utterly right he is (in his view) to support Russia over Ukraine. Greg Johnson from Counter-Currents offered to debate him on that point, an offer which Joel Davis and Mark Collett both seconded, an offer which Mike and The Right Stuff (TRS) will no doubt refuse.

As we speak that same argument, the pro-Kremlin crowd is being repeated again and again in Joel Davis’ chat, where Greg Johnson is replying to the Joel Davis post in support of the debate. The argument is this:

Like most of their arguments, it’s an emotional one, not a logical one, and it’s easily refuted. I am Estonian. Members of my family were murdered by Russians over the years. Children were executed by Jewish-Russian Communist death squads because they were related to men who dared to take up arms in defense of Estonia, in defense of Europe, against the USSR. I am emotionally invested in this conflict.

However, I know that many aren’t, and my arguments by and large rely on logic and reason. I can’t say to an American who listens to too much TRS that he should support Ukraine and oppose Russia because I have family members who were killed by Russians. That’s not going to get through to him, and it’s an emotional argument that can be easily brushed away. That’s how I see this pro-Kremlin argument. It’s just emotional. Allow me to show why it’s such a bad argument.

All we need to do to prove the whole “NATO will turn your country brown and gay” is nonsense is to compare two countries: Poland vs. Ireland.

The most popular party among Poles aged 18-24 is Konfederacja, a strongly nationalist, traditionalist, and socially conservative party. This is something the pro-Kremlin crowd has to be aware of, since Joel Davis has posted about it. As an aside you might notice I mention Joel Davis and his chat a lot in my channel. There are two reasons for that:

I could write a lot about Poland, but we all know the basics. Poland is a 99% white country where traditional family values and patriotic national feelings are still widespread, even among the youth who have never known a non-NATO Poland. In just 18 months, Poland will have been a NATO member for 25 years — a quarter of a century. Still white, still traditional. When confronted with this, the pro-Kremlin crowd always resort to “Just wait. Poland is just a new member. This country will be black, brown, and gay before you know it.”

Ireland has never been in NATO, and yet somehow it is one of the brownest, gayest, most identity-less countries in Europe. I don’t even need to source this argument, since anybody reading this post is part of the pro-European online community in one way or another and therefore know what I am saying is true.

Considering the fact that Ireland is not in NATO, and yet it is one of the brownest and most non-European countries in Europe, there is clearly some force other than NATO at play which corrupts these countries.

And this is really what this argument boils down to. If I were to ask a Kremlin supporter to specifically tell me which NATO programs increase immigration and drag queen story hour time in their countries, they would say that’s a ridiculous request. Clearly what’s happening is NATO generals and other military professionals are conducting covert operations to support the LGBT community and increase immigration while also maintaining their militaries. Thus, to ask for proof is ridiculous. Yes, you might see some American homosexuals in the military pose with a NATO flag. That is a representation of American society, not NATO policy. You do not see the Polish, Hungarian, etc. militaries doing the same thing.

And yet, if you asked me this question about the European Union, I could show you the specific penalties they impose on Poland and Hungary for being traditionalist as well as the specific immigration, feminist, and LGBT programs they use EU money to openly promote.

Also, a little tidbit worth noting is that NATO was founded in 1949 by largely White Nationalistic Western governments. In 1949, the founding 12 members of NATO were white not by happenstance, but by government policy. Many of these states had pro-white immigration laws on the books, and America was still openly racially segregated. Blacks did not have the same rights as whites in America when NATO was founded. It would be another 15 years after NATO was founded that America would become desegregated and the races would become equal. And if you blame that change on NATO, then I would:

When you consider that in 1949, when NATO was founded, America was a racially segregated state and that the Americans leading the American-NATO charge were white men in their 40s to 60s who were born in an extremely racially-conscious country (some of these men were born in the nineteenth century!), the idea that NATO was founded to turn the Western world brown and gay is ridiculous. The truth of the matter is this:

NATO is a Western military alliance that certain segments of the nationalist community now associate with the degradation of their nations as their nations become worse and worse. NATO did not cause these degradations. NATO was simply along for the ride. Now, in 2022, the existence of a military alliance formed in 1949 has the unforeseen consequence of protecting the last homogeneous part of our civilization from the Russian Federation, an openly antifa, openly multiracial, authoritarian regime where nationalists are persecuted like nowhere else.

The “NATO will turn your country gay and brown” argument that the pro-Kremlin audience loves to trot out is so obviously false that you really need to wonder why these people get so emotional and adamant about it. I have an excuse for having strong anti-Russian feelings, but I never let that cloud my reason, and as my channel history will attest, I have a multitude of logical arguments for supporting Ukraine.

The comparison of Ireland and Poland is proof that this argument, like every other argument of the pro-Kremlin crowd, is false and easily refutable.

« The Counter-Currents 2022 Fundraiser
Reasons for Optimism