The Slave Who Loves His Colorblind Chains 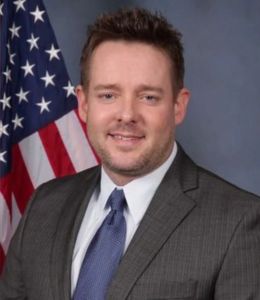 In the early morning hours of March 13, 2020, the Kentucky’s Louisville Metro Police Department (LMPD) conducted a raid on the apartment of a sub-Saharan named Kenneth Walker. Walker was a suspected drug dealer and was involved in an African-style coupling with a sub-Saharan female named Breonna Taylor. The police thought Walker was selling fentanyl and other drugs, and was conspiring with Taylor to have drugs shipped to her house through the postal service. When the police raided the house, Walker shot Sergeant Mattingly in the thigh, the police returned fire, and Taylor was killed.

The gun battle took place for approximately twelve seconds in the confines of a small apartment. The ripples of those gunshots went out across the nation and continued to make an impact in the following years.

The Taylor killing was sandwiched between the killings of Ahmaud Arbery, a low-level sub-Saharan thief who was slain by a local white citizen attempting a citizen’s arrest, and George Floyd, a career criminal who died of a fentanyl overdose while being constrained by police. Taylor’s shooting spiraled into violent local protests and the persecution of those officers involved in the raid. The mainstream media and the Biden campaign then fanned the flames of officially-approved sub-Saharan grievance and anger.

The incident involving Taylor took place in an election year. This is important because the Democratic Party is beholden to the votes of sub-Saharans, and sub-Saharans have come to believe that the police are involved in a race war against them. These two issues are important factors in who the Democratic Party selects as its nominee for President, who must then win in the South Carolina primary — where the only Democratic votes come from sub-Saharans. Consequently, the mainstream media-supported and Democratic-aligned elements in the local, state, and national governments turned against the police who were carrying out such actions on the orders of the Mayor and under a legal warrant.

Sergeant Mattingly was a more than 20-year veteran of the LMPD at the time of the raid. He gives a solid overview of his career in the book, describing his love of police work and his satisfaction in helping victims of crime and arresting the perpetrators. His account is colorblind, so he uses terms like “the community,” which is often a euphemism for describing the sub-Saharan community in a ghetto. He also uses the common euphemism about a young sub-Saharan male who was “about to turn his life around” before he was killed or ends up killing someone else, either through malice or negligence.

Mattingly describes his point of view on the raid and corrects some misconceptions. One of the charges against the police from “the community” — in this case, sub-Saharan activists seeking to protect their race’s criminals — is that the raid was conducted with a “no-knock” warrant, meaning that the police could enter the premises without first identifying themselves, in the dead of night. He provides a photo of the whiteboard plan for the raid which shows that the warrant was of the knock-first kind. Although his team was made up of plainclothes detectives, they were wearing raid jackets at the time of entry and identified themselves as police. The officers knocked loudly and identified themselves several times, then entered after three strikes from a battering ram. Mattingly was shot immediately thereafter.

Initially, Mattingly was treated with considerable compassion by the local establishment, but as sub-Saharan anger grew, the Mayor’s office and the police high brass distanced themselves from those who had conducted the raid. Mattingly and his family were doxed and stalked by Black Lives Matter activists. An angry mob even paraded outside of a house that he had recently sold, frightening its new occupants. Eventually, Mattingly was forced into hiding at a relation’s house under police protection. Cars with tinted windows — usually indicating that its owner is a sub-Saharan — would drive by his house in a slow, menacing way, but his protection detail didn’t follow up even when provided with license plate numbers and descriptions of their occupants.

Those involved in the raid were then placed under indictment, and their case was brought before a grand jury. During the lead-up to the grand jury’s decision, Mattingly fired off an angry e-mail to the entire LMPD, decrying the BLM protestors’ behavior, the department’s political and police leadership, and criminals in general. The e-mail was soon made public and he was criticized for using the term “thugs.” This was interpreted as him referring to the BLM protestors “thugs,” in violation of American’s sacred right to peaceably assemble to redress grievances. Some BLM protests in 2020 were indeed peaceful, but many were not.

The grand jury came back with a “no true bill,” meaning they didn’t think a crime had been committed. The BLM and antifa activists increased the nastiness and violence of their protests, all while receiving positive mainstream media coverage. All the while, criminals who had been arrested in the meantime were released faster than the police could fill out the paperwork. Many of the released criminals went on to commit more crimes.

Sergeant Mattingly went on a mainstream media program to get his side of the story out, but the three-hour interview was selectively edited down to five minutes, and those few minutes were selected to make Mattingly appear tone-deaf and callous. It would have been better if he had said nothing at all to either the media or the force. To put it simply, there are no national police organizations getting their message out as it should be. As a result, sub-Saharans sympathetic to crime are able to turn any incident into a tale of police brutality, because it is their view which always predominates.

Mattingly concludes his book with a declaration of colorblindness and Christian love for all of mankind. His book is a quick read. He unwittingly uncovers several structural issues that turned a drug dealer into a hero and the police into criminals.

First, the opioid crisis is only one front in the war against whites and the Great Replacement. Mattingly describes how his department had caught a Middle Eastern person who had been selling fentanyl and then sending the profits to jihadists.

It also turns out that the anti-police policies which led to his railroading in 2020 had started as early as 2015. It wasn’t just the policies which had changed, but old leaders were leaving and new, soft-on-crime ones were hired to replace them. Federal law enforcement, especially the FBI, is useless when combating criminal threats by sub-Saharan activists against white police because it has become so politicized that genuine threats are officially termed “unreliable,” ending any protection for the victims. At the federal level, law-abiding American whites are considered suspect while genuinely dangerous sub-Saharans are protected.

The ideas about police reform that are currently in vogue have all been tried before, and those reforms end up being abandoned as crime increases. A good example of this was the Rodney King beating. The Los Angeles police developed an effective choke hold prior to the incident, but sub-Saharan activists effected a change in policy, causing the department to changed their procedures so that batons were used on individuals resisting arrest. But after King’s videotaped beating and the associated rioting afterwards, police instead started putting a knee on resistors’ backs — and we know where that led. The cycle of reform, increase of crime, and new procedures continues.

Sergeant Mattingly is essentially a slave to the colorblind ideology and the system which so damaged him, his family, his fellow police, and his community. It would have been better for him to be frank about that in the book. Crime in America is largely the work of sub-Saharans. They are emboldened by a political system that tolerates their misbehavior at the highest levels. Indeed, the Democratic Party has come to exploit sub-Saharan violence for its benefit.

Furthermore, Mattingly’s colleagues have been indicted by federal prosecutors for violating Taylor’s “civil rights.” They are victims of the 1964 Civil Rights, Act which is an illicit second constitution that makes every white American a criminal and serves as a legal shield for what has become an occupation government unjustly ruling the United States.