How Belarus Uses Migrants as Weapons 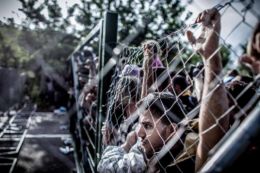 There are recent reports about Finland strengthening its borders with Russia not just militarily, but with regard to illegal entry. Finland is taking this precaution because they fear Russia will employ the same tactic that Belarus has employed against Poland over the past couple of years.

You may have seen the videos over the past 18 months of Polish border guards defending the Polish-Belarussian border against non-whites attempting to force their way into the country. The story was covered by Counter-Currents’ own Johannes Scharf at the time after he encountered these so-called tourists and students after they had arrived in Minsk from Istanbul. Naturally, the vast majority of White Nationalists and others on the Dissident Right cheered on these white border guards as they defended their 98% white country from non-white invaders.

While the non-whites were attempting to break into Poland, Belarussian border guards were shining lasers and high-powered flashlights into the eyes of Polish border guards, cutting holes in Polish border fences, feeding the migrants, and granting them shelter in which to recover after being forced back from the Polish border.

Mike Enoch, the Chairman of the National Justice Party in America, used his platform on The Daily Shoah to say that the only reason these non-whites were in Belarus in the first place was that Poland had forced them out of their country after they had come from other European Union countries, and that all poor, innocent Belarus was trying to do was simply return them to where they had come from.

This is factually incorrect, however. Belarus had flown these non-whites in for the specific purpose of sending them into Europe. After all the Muslim rape gangs, crime, terrorism, and general destruction such non-white hordes have brought to Europe, Belarus’ President, Alexander Lukashenko, decided to try to add to it. Pro-Kremlin voices claim that the Russian Federation is fighting for the white race, that Russia and Belarus are the last non-“ZOG” white strongholds in the world, and that Putin and Lukashenko are actively fighting against ZOG. But we must ask ourselves: Are these the actions of pro-white leaders? Would you flood your racial kinsmen with non-whites in order to serve a political agenda if you were in charge of a pro-white state?

At this link is the story from Breitbart. Breitbart is not a trusted news source, but this is not an opinion piece; it is an article consisting of information collected online from Polish government sources and Polish border guards and put in one place.

Johannes Scharf’s observations were corroborated by data collected by Flight Radar 24. The Belarusian state owned-carrier Belavia and Turkish Airlines were flying these migrants in from Istanbul, Antalya, Beirut, Baghdad, and Dubai. This is how the non-whites got to the Polish-Belarussian border in the first place. It was not the EU’s doing; this was Russia and Belarus’ doing. And no, this is not a defense of the EU. I am not pro-EU; I am just presenting the facts.

From another source: Since 2020, the Belarusian authorities have canceled or simplified visa requirements for travelers from 76 countries. Among these are several nations affected by serious conflicts such as Syria, Libya, Iraq, and Afghanistan, and from which many people are trying to flee. Travel agencies from Syria, Iraq, and Turkey have started selling trips to Belarus by promoting housing and employment opportunities in European Union countries. Dozens of messages of this type are also sent via WhatsApp, which is the most popular messaging service in the region. 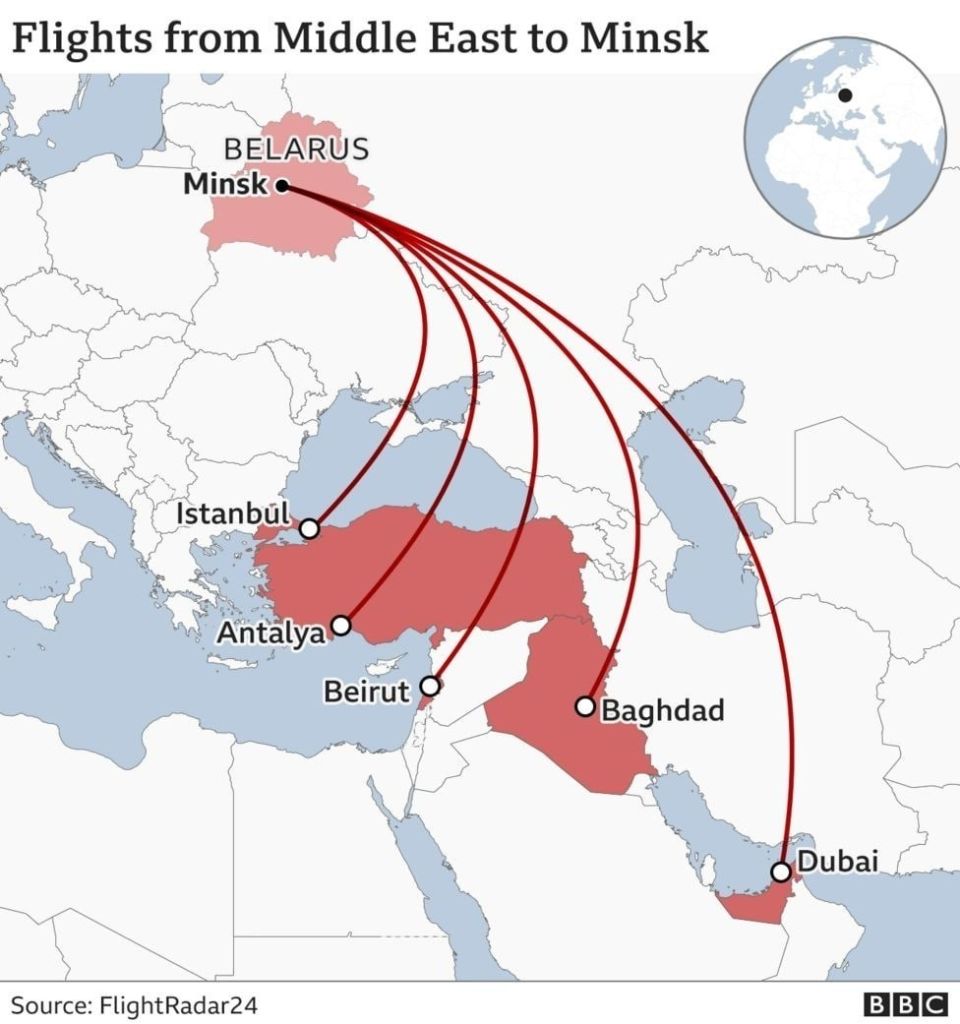 Such a trip costs between $10,000 and $20,000, depending on the local conditions. The German portal Deutsche Welle pointed out in an investigation that Belarusian consulates have even delegated the right to issue visas from their country to these travel agencies. Along with this, Belarus has significantly increased its number of incoming flights from Middle Eastern countries. Several EU countries have denounced the fact that the Belarusian authorities are behind these offers promoted by travel agencies. Many of the flights are operated by Belavia, Turkish Airlines, and Qatar Airlines, as well as another low-cost airline called Fly Dubai. Until recently, refugee visas were even being granted at the airport itself while passengers were boarding.

At airport departure gates, it is impossible to verify whether the passengers are migrants or refugees. They all have money and their documents are in order, so for the most part there is no reason for the airlines to prevent any of them from boarding the flight. What happens next is unclear. Videos have shown that, upon arrival, these migrants are then transported, in a very organized way, from the Minsk airport to the borders with Poland and Lithuania, but until now it has been impossible to determine who is organizing it.

I’ll give credit where it’s due: When I presented this information to Mike Enoch, he corrected himself on the next TDS show, but I can’t help but wonder why his reflexive reaction was to accuse Poland of doing what Belarus is doing. After all, there was no evidence of it, so how he came to that faulty conclusion in the first place is a mystery.

Belarus and Russia are not fighting for the white race. They are fighting to maintain their own sphere of power and for the privileges of their political leadership. Russia is an even worse oligarchy than America. Russia is one of only four countries on the planet where the top 0.001% own more than the bottom 80%. Not even America is that bad.

It must also be said that NATO is not fighting for the white race, either. Throughout my work I have shown that there is zero doubt that the Russian Federation’s expanding of its borders and power in Europe is comparatively worse than NATO doing so, but I have also maintained my desire and hope for Eastern Europe to break away from NATO and form their own military alliance, and for the EU to be ended completely. The former is much less likely now that Russia has invaded Ukraine, however. Russia has made NATO’s hold on Europe stronger than ever, as I have demonstrated previously here.

So good job, Finland. Securing your borders is a wise move. We can only hope that other European nations follow suit as Putin, Lukashenko, Erdogan, and doubtless other hostile national leaders continue to use non-white immigration as a bioweapon against Europe.

» Our Prophet: Christopher Lasch’s The Revolt of the Elites, Part 1