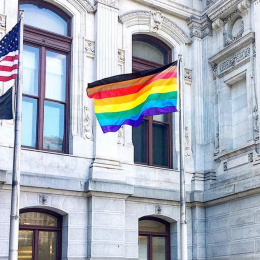 Look at this picture. Which person looks scary to you?

On the left is 28-year-old Devon Dunham, who last week was acquitted on murder charges for a 2017 incident in Hardeeville, South Carolina. On the right is Ernest Martin Stevens, a 77-year-old white man whom Dunham shot and killed after firing eight bullets at him.

Mind you, Dunham confessed to shooting and killing Stevens shortly before 9:00 AM on August 10, 2017, as Stevens sat in his truck in a parking lot. He allegedly walked up to Stevens with his gun pointed and told him to hand over his truck. Then, when Stevens attempted to drive away, Dunham shot him dead.

According to the closing arguments by prosecutor Duffie Stone: “[Dunham] sees a target. A 77-year-old man alone with a running truck. What great fortune for Devon Dunham, a vulnerable elderly man by himself. He shot Mr. Stevens because he was losing his ride.” Stone also said that none of the facts of the incident were being disputed because “most of what I told you Devon Dunham told you” in his confession to police.

But according to Dunham’s defense lawyer, his client is “not the best communicator” and was “sleep-deprived” when he gave his confession. He suggested to the jury that Dunham, as a black American man, may have become frightened when he saw the undeniably terrifying specter of an elderly white man sitting in a truck. The judge told the jury to disregard this theory, but juries are dumb. The jury, after deliberating for less than two hours, ruled that even though Dunham fired eight shots at Stevens and killed him, the prosecution could not prove “intent to harm.”

As the verdict was read, Dunham reportedly sighed in relief and “softly fist-bumped” his lawyer.

If you’re white and living in America, pack your bags and get out while you can. This will get much worse before it ever has a chance of getting better.

Aruna Khilanani is a Manhattan-based psychiatrist whose name I will presume means “I dream of killing white people” in Hindi.

On April 6 at the Yale School of Medicine, she delivered a talk called “The Psychopathic Problem of the White Mind.” If you’re feeling masochistic, you can listen to the talk here.

This is the cost of talking to white people at all. The cost of your own life, as they suck you dry. There are no good apples out there. White people make my blood boil. . . . Nothing makes me angrier than a white person who tells me not to be angry, because they have not seen real anger yet. . . . I stopped watching the news. Once I started, I couldn’t stop. It was also a public service. I had fantasies of unloading a revolver into the head of any white person that got in my way, burying their body and wiping my bloody hands as I walked away relatively guiltless with a bounce in my step. Like I did the world a fucking favor. . . . White people are out of their minds, and they have been for a long time. . . . White people feel that we are bullying them when we bring up race. . . .We are asking a demented, violent predator who thinks that they are a saint or a superhero to accept responsibility. It ain’t gonna happen. . . .They have five holes in their brain. It’s like banging your head against a brick wall. . . . That’s why they sound demented.

I’ve been around a lot of demented white people, but I’ve never heard one sound as demented as this woman.

It’s Hard Out Here for a Hebrew

Everyone knows that Jews have suffered six million times more than anyone else in history, and if you even dare to question this unquestionable truth, Jews will make you suffer.

In what seems like merely another grade-school historical assignment that went just enough wrong to make it hilarious, a Jewish fifth-grade teacher at Maugham Elementary School in Tenafly, New Jersey, assigned his students to do presentations where they assume the persona of prominent historical figures and explain why they felt their actions were justified.

Enter a 10-year-old female student who dressed up as Hitler and gave a presumably rousing speech that included the following passage:

My greatest accomplishment was uniting a great mass of German and Austrian people behind me. I rose to power as the leader of the Nazi Party, becoming chancellor in 1933 and then assuming the title of führer und reichskanzler in 1934. . . . Führer and reichskanzler means leader and chancellor. I was pretty great, wasn’t I? I was very popular and many people followed me until I died. My belief in antisemitism drove me to kill more than 6 million Jews.

Apparently going that extra mile on the last train to Auschwitz and claiming Hitler killed “more than” the Official Number wasn’t nearly enough to offset the phrase “pretty great,” and Jews across northern New Jersey collectively began howling in pain.

This incident further illustrates the need for increased awareness in our community about the harmful impact our words and actions can have on others. Regardless of the educational intent here the teacher failed to recognize the profound impact this can have on students, family members and others in our community who could perceive this project as condoning or even glorifying the atrocities of one of the most evil individuals in world history.

This has had a devastating impact on the student involved and their family, who have been thrown into turmoil through no fault of their own. It has also been incredibly painful for our Jewish community members in the face of increasing instances of antisemitism around the country.

What received almost no mention is that the 10-year-old girl who delivered the speech was subsequently the target of bullying at school, but hey — not everyone’s pain is equal.

Based on the laughable idea that Jewishness rather than whiteness is under constant assault in this country, a cabal of Jewish bakers and their enabling allies launched a “Bake sale to combat antisemitism,” only to whine that there weren’t enough willing non-Jewish bakers volunteering for the bake sale. Whitney Fisch, a participant in “Bake a Stand: Bake to End Antisemitism,” complained in what I will assume was a screechingly nasal tone that only two non-Jews opened up their hearts and ovens to help Jews feel safe in a rabidly anti-Semitic baking world:

I’ve had people say no, I don’t know if I’m comfortable with this. There definitely have been people who claim to be allies for social justice and civil rights just straight up ignore me. . . . People seem scared to say they support a Jewish person’s right to live in this world without fear.

Sobering stuff, Ms. Fisch. It can’t possibly be that many people might find your bottomless self-pity to be off-putting.

Because no one will begin to heal until there are at least six million films guilt-tripping people about the Holocaust, this Friday will mark the premiere of Shepherd: The Story of a Jewish Dog, which is based on a novel by Asher Kravitz and tale of a German shepherd who is separated from his Jewish family by the Evil Nazis and then trained to hunt down Jews and, it is presumed, bite them in the tuchis.

Apparently, there will never be forgiveness nor forgetfulness for Germans — not even the shepherds.

Intersectional catfights are enjoyable primarily for the fact that they present a glimmer of hope that this anti-white coalition is unsustainable, will inevitably crumble, and maybe one day we can all go back to watching baseball and eating apple pie.

Although Salt Lake City is less than 3% black, its local chapter has recently “pulled out” — double entendre fully intended — of the Utah Pride Center’s annual festival, most probably because its outdoor exhibit didn’t feature at least 50% Homosexuals of Color.

BLM Utah spokespeep Quique “Dirk” Thomas said that after a summary review of the outdoor exhibit, he didn’t find nearly enough POCs to satisfy him, but then Isaiah Mataele, a cappuccino-colored representative of Pride Utah, countered that, nope, “Dirk,” there are plenty of POCs at the exhibit, at which point Utah’s teeming snow-white Mormon masses fell into an uneasy slumber after praying to the Angel Moroni in the hopes that neither Dirk nor Isaiah would rape them in their sleep and give them AIDS.

» The Fountainhead of White America: Richard Bushman’s The American Farmer in the Eighteenth Century