What Is the Ideology of Sameness? Part 4 The Renaissance of Identities 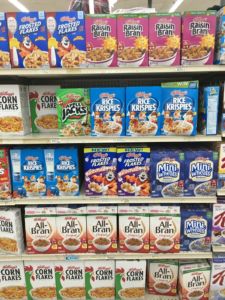 The history of modernity can be understood at least in part as a gigantic process of uniformization. Induced by philosophico-moral or political universalism and the diffusion of techniques for the modeling of behavior more effective than those of the most centralized dictatorships, it has expressed itself in the West by the gradual eradication of differentiated ways of life, and in the Third World by acculturation and the imposition of the modern Western myth of “development.” This process seems to reach its apogee with globalization. The ideology of Sameness is today “globalitarian” (Paul Virilio) insofar as it tends to give birth to a world with no outside, where things flow in all directions in a “zero hour.” “Pluralism” and even “multiculturalism,” of which so much is made now, are no more than the shadow and caricature of former particularisms today incased in increasingly homogeneous tendencies and forms of behavior.

Already in Western countries people dress, eat, speak, dwell, entertain themselves, and finally think increasingly in the same fashion. They consume the same products, watch the same shows, listen to the same broadcasts. Particular cultures tied to professional, political, or religious membership have practically disappeared. Regional cultures and languages are threatened. Ways of life inherited from the past are preserved only as shows for tourists, generators of surplus value. They are coagulated memories, traditions artificially maintained, memories converted into folklore or museum exhibitions. The only differences which remain between them are tied to income level: Such differences regard quantities but change little as to the nature of choices and aspirations (whatever the class to which people belong, they want the same thing). At the same time, the dominant way of thought rejects as a dangerous utopia or wicked thought any project which departs from the dominant norm. The whole media system is itself geared to the celebration of what exists, posited as the best (or least bad) of all possible worlds — indeed, as the only possible world. As its principal function is to justify adaptation to norms of unlimited consumption, it works to “homogenize needs, demands, expectations, desires.”[1] Despite economic and social disparities that continue to grow, the planet is becoming unified within the economic and moral horizon: On the one hand the ideology of the “rights of man,” on the other the monotheism of the market.

At the same time, in a world marked by an overall crisis of institutions and vast systems of social integration, the collapse of the model of the nation-state, and the increasing insignificance of territorial frontiers, we see reappearing a formidable thirst for re-rootedness in the form of communities and networks. Civil society is spontaneously restructuring itself by recreating groups and tribes which try to remedy the increasing indifferentiation of roles, general circulation, and the systematic lamination of basic sociability by reintroducing otherness into daily and local life, in turn by having recourse to direct democracy and the principle of subsidiarity. This phenomenon, “viral” in terms of the rapidity of its expansion, is by itself enough to show that we have already left modernity. The desire for equality, succeeding the desire for freedom, was the great passion of modern times. That of postmodern times will be the desire for identity.

The postmodern preoccupation often takes the form of a will to see recognized in the public sphere — and no longer only in the private sphere where modernity stationed them in the name of republican universalism, of a demand for “assimilation,” or an ideal of axiological “neutrality” — one or more dimensions of collective belonging considered as constitutive of identity. Whether this demand regards forms of belonging (cultural, ethnic, linguistic, regional, religious, sexual, etc.) that are hereditary or chosen, permanent or transitory, in any case it is no longer mainly tolerance which is sought, but recognition and respect. Although the nation-state tends to make its objective the abolition of all distinctions and all intermediate bodies which prevent it from being the only incarnation of the social whole and guarantor of its unity, henceforth the point is to recognize associations and communities as long as they respect the common law (which is obviously not the case with the supposed communitarisms derived from immigration which, setting themselves up as counter-societies, in fact constitute another form of social pathology), and to allow them to develop permanently according to their own internal logic, whether because they are by nature irreducible to any political treatment, or because their principal goal is to exist as such. Many communities, far from necessarily wishing to close themselves off, want to become full constituents of global society. This contradicts a political model which only conceives of the social contract as concluded between individuals not previously united. The growing place assumed by the question of identity in postmodern democracies tends toward opening up the space of political democracy to collective identities themselves. Identity becomes (or becomes once again) one of the conditions for the practical exercise of citizenship.

Modernity has been the age of the total mobilization of the masses, a substitute for the evangelization of all peoples. The post-modern era is pushing toward the affirmation of dispersed identities at the level both of persons and of collectivities. But this tendency is not without equivocation. Independently of the fact that it is occurring against a background of unprecedented social homogenization (end of the peasantry, disappearance of domesticity, reabsorption of the condition of the worker, increasing alignment of masculine and feminine social roles), it sometimes recovers a “pluralism” scarcely related to genuine diversity. A typical example of this false pluralism is the multiplication of brand names used to market the same product. More generally, fake pluralism is that which reduces the democratic play of forces to the competitive action of ready-made pressure groups. The multiplication of micro-differences, artificial or superficial, can give an illusion of pluralism, as it allows the deeper sense of the concept of difference to be lost from view. The idea that this or that people can have a vision of the world, a way of experiencing the world radically different from ours, then gradually becomes unintelligible.

Postmodern identities, on the other hand, differ rather clearly from traditional identities. They have lost their “naturalness” or “objectivity.” Marcel Gauchet observes:

A genuinely customary order, an order experienced as entirely given, is an a-subjective order from the point of view of those living in it and putting it into practice. [Today] the situation is precisely the reverse: The appropriation of collective characteristics is the vehicle of a personal singularization. Belonging is subjectivizing because it is demanded and is cultivated for the subjectivization it produces.[2]

In other words, identities are henceforward less objective givens than the result of a subjective decision. The belongings of older days, by the very fact of their anteriority/authority, were assumed without one really being able to choose them. Today, even inherited belongings are also chosen belongings insofar as they only become active when we decide to recognize ourselves in them. They have no force but those which we agree to attribute to them.

The general set of problems has not changed, however. It is still a question of whether the ideology of Sameness will finally be victorious. And here is where I come back to what I wrote in 1977 in the Introduction to Viewed from the Right: “What is the principal threat today? It is the ongoing disappearance of the world’s diversity.” Today, the importance of biodiversity is rightly emphasized. But biodiversity can only concern animal and plant species. It should be self-evident that the same principle is valid for cultures and peoples.

» What is the New World Order? Part 2