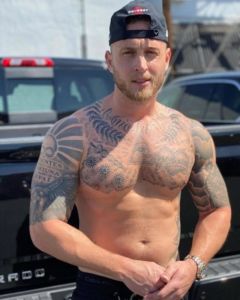 Black-on-black violence is a serious problem that desperately needs to be swept under the rug.

If the American public were to ever be truly informed of how violent black people really are, especially to other black people, the embarrassing revelation may upset black people to the point where they get even more violent and kill even more black people.

A little over a month ago, big-eared choco-goober Will Smith forever left a greasy black skid mark on the Academy Awards after he smacked comedian Chris Rock in the face for making sport of the shiny bald head of Smith’s castrating bitch of a wife.

Last Tuesday night, Chris Rock joined black comedian Dave Chappelle onstage at the Hollywood Bowl after Chappelle had nearly been tackled to the ground by a 23-year-old black male who was armed with “a replica gun that can eject a knife blade.” Chappelle was unharmed, but his assailant was swarmed by a mob of bodyguards who twisted his arm and smashed his face.

“Was that Will Smith?” Chris Rock jokingly asked Chappelle after the would-be assassin had been subdued.

“I got smacked by the softest nigga that ever rapped,” Rock countered.

They were joking again: two black men sharing some yuks after the requisite ritual exorcism of mass violence.

Shortly before being attacked, Chappelle had told the Hollywood Bowl audience that he’d hired extra security after receiving multiple threats for daring to suggest that men are men and women are women in his Netflix comedy special The Closer.

Chappelle says that he was briefly able to speak to the suspect, 23-year-old Isaiah Lee, backstage after the incident. He says that Lee told him that his grandmother lived in Brooklyn until very recently but was forced to move due to gentrification. He says Lee told him that by tackling him onstage while armed with some sort of weird knife-gun, he was hoping to raise awareness about elderly black women and gentrification.

I’m pretty sure he only raised awareness about young black men who can’t take a joke.

You may remember that in November 2016, approximately five minutes after Donald Trump was declared the winner of the presidential election, a sudden ideological split erupted between the Alt Right and what derisively became known as the “Alt Lite,” which was populated with media-savvy personages such as Laura Loomer, Mike Cernovich, Stefan Molyneux, and Paul Joseph Watson. The Alt Lite, who preferred to be known as the New Right, distanced themselves from “racism” and “anti-Semitism” and were distinguishable from typical boring Republicans only in that they used profanity and seemed to do a lot of cocaine. Since I am unable to read minds or peer into hearts, I have no idea how many of them seriously felt that “racism” was a threat to society compared to how many knew that appearing to be “racist” was a threat to a political commentator’s bottom line.

Only three days after 2017’s disastrous “Unite the Right” rally in Charlottesville, Paul Joseph Watson tweeted, “How many times do myself, [Jack Posobiec, and Mike Cernovich] have to be attacked by the alt-right before the media stops calling us alt-right?”

Nigger faggot activists who get in my way in London and stick signs up in my face trying to get me to join a gay faggot Palestinian cause. I don’t give a shit about Israel or Palestine. I care about white people, and not sand nigger, Paki-Jew faggot coons. . . . I really think you should press the button to wipe Jews off the face of the Earth.

There are so many things wrong with that statement, I don’t know where to begin. First off, why would he think it’d take only one button to wipe Jews off the face of the Earth?

As the saying goes, when you point a finger at someone, there are three fingers pointing back at you. By the same reasoning, when Hitler pointed his finger at the Jews, three of his fingers were pointing back, accusing him of being three Jews.

I suspect a lot of the hype was wartime propaganda and post-war demoralization disinfo — like the whole “one-testicle” thing –, but rumors have always circulated that Hitler was the biggest self-hating Jew in world history.

Russian Foreign Minister Sergei Lavrov recently breathed new life into these rumors during an interview with an Italian television station where he tried to reconcile Russia’s attempted denazification of Ukraine with the fact that the nation’s president is, well, a Jew:

“When they say, ‘What sort of Nazification is this if we are Jews?,’ well I think that Hitler also had Jewish origins, so it means nothing,” Lavrov said. “For a long time now we’ve been hearing the wise Jewish people say that the biggest anti-Semites are the Jews themselves.”

I haven’t seen the video, so I can’t tell you whether or not he was smirking or winking when he said it, but Israeli Prime Minister Naftali Bennett responded to Lavrov’s comments with, “The use of the Holocaust of the Jewish people for political purposes must stop immediately.”

In what was clearly an attempt to dispel racist stereotypes about Jews being powerful, Vladimir Putin offered a formal apology to Israel for Lavrov’s comments and promised to never, ever, ever, ever let him say a bad thing about Jews again.

“America First” was a political slogan coined in 1914 by a diminutive Mexican test-tube baby whose voice never changed. This exciting new movement’s leader brags of being a virgin and surrounds himself with dorky, infantile males. He made the brave and selfless choice to rescue the Alt Right from narcissistic grifters who were destroying young white men’s lives, doxing people, and feeding information to the federal government. His fresh ideological innovation was to convince 20-year-old incels that Christianity was a new idea and that race-denying cranks such as E. Michael Jones constantly talk about gay sex because they are morally outraged by gay sex rather than the quite obvious fact that they think and talk about gay sex roughly a thousand times more than they ever mention tits and pussy.

Although they never accomplished anything beyond temporarily embarrassing Charlie Kirk and making their leader rich — I’m pretty sure they never even managed to get a local dogcatcher elected –, many of their young, lonely, vagina-avoidant acolytes were convinced beyond all reason that they represented the indomitable political future of Western Civilization. To express the slightest skepticism about such delusional hubris was to invite electronic torrents of vengeful, cult-like nerd-hatred into one’s life.

Finally, here was a serious political movement that wouldn’t be compromised by infighting and backstabbing and hypocrisy and doxing and thievery and deception and rape coverups.

In January of 2021, Patrick Casey — formerly of Identity Evropa, then formerly of the American Identity Movement — added “formerly of America First” to his resume after publicly announcing that he would not be attending the America First Political Action Conference 2 because he said America First’s suspiciously neat and tidy kingpin was not being honest with his followers about certain items that could potentially result in the federal government becoming privy to their personal information. Casey suggested that America First (AF) was beginning to operate like a cult; to prove him wrong, AF’s zombie legions attacked him en masse and never stopped attacking him.

Jaden McNeil is a young Harold Lloyd lookalike who essentially replaced Casey as the America First Foundation’s second banana. He seemed loyal and enthusiastic and, like his mentor, a bit suspiciously clean. I hear he had some sort of living arrangement in Chicago with AF’s Capo dei capi — not that there’s anything wrong with it. But on April 30, McNeil was formally relieved of his duties as the organization’s treasurer. There were murmurs that it was somehow related to McNeil having committed some mortal sin along the lines of kissing a girl, but on a five-hour-plus livestream on Friday night, McNeil said his excommunication was the culmination of his long-running dissatisfaction with the way the organization’s Natural Born Leader treated his followers. McNeil was joined midstream by fellow America First apostate Simon Dickerman, and together the pair lobbed the following accusations and allegations:

Mind you, this is all hearsay. I am, however, familiar enough with how this group operates to know that they freely toss the wildest and most demonstrably fraudulent accusations without the slightest concern as to whether they’re true or false. I am also familiar enough with human nature and group psychology to know that when people make a huge, loud point of accusing others of being informants and liars and grifters and narcissists and degenerates, they are usually projecting.

Since all the erstwhile Kings of the White Race have been dethroned, and since both Vanilla Ice and New Kids on the Block are clearly past their primes, I can think of no better person to lead us out of the wilderness and into the land of milk and honey than actor, singer, rapper, Jamaican dialect specialist, and philosopher Chet “Son of Tom” Hanks.

Last spring, Hanks — who also goes by Chet Hanx and Chet Haze — famously told the world he had an inkling that it would be a “white boy summer,” and he was right. I’m a white boy, and I remained a white boy all last summer. How did he know?

During a recent interview with a coal-black woman who has the unpronounceable name Ziwe Fumudoh, whose shtick is apparently to interview white people and bait them into saying something “racist,” the architect of White Boy Summer was asked, “Are there any marginalized communities you want to apologize to?”

Hanks paused — he takes longer to respond than normal people do because he’s a deep man with a lot on his mind — before shaking his head and shrugging with a dumb, simple, unapologetic, “Nah. I don’t feel like I’ve truly done anything offensive, so I don’t.”

After making an expression as if she’d just smelled a fart, Ziwe said, “You don’t see it as cultural appropriation, you see it as, like, a celebration of culture.”

“So the social justice warriors can kick rocks,” Ziwe said, as if filling in the blanks in Hanks’ mind.

“No comment, got it,” Ziwe said, trying to breathe some life into the dead air.

“No, I 100% agree,” the heavy-lidded Hanks said as if it drained him of mental energy merely to agree, much less to agree 100%. “Social justice warriors can kick rocks.”

Now, that is how you respond to a bitchy black female inquisitor: You shrug and tell her that the social-justice warriors can kick rocks, and you don’t even care if they break a couple toes in the process. No apologies, no excuses, no backing down.

Chet Hanks is the leader we need.