Counter-Currents Radio Podcast No. 434 The Writers’ Bloc with HapaPerspective on Militias 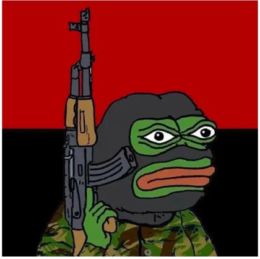 HapaPerspective was the guest on the latest episode of The Writers’ Bloc hosted by Nick Jeelvy, where they discussed the resurgence of the militia in modern warfare and the importance of an armed population, and it is now available for download and online listening.

00:00:00 Introduction
00:08:31 Are militias still relevant to modern warfare?
00:13:06 Technology is making militias stronger competitors, not weaker
00:15:45 What the Russo-Ukrainian War teaches us about the power of militias
00:17:51 Lessons from On War by Carl von Clausewitz
00:20:26 On the differences in morale/spirit and motivation of the Ukrainian military vs. the Russian military
00:22:57 Contrasting geographical implications for militias vs. conventional armies
00:25:38 How well-trained are Russia’s conscripts?
00:29:59 On the presence of Muslims in Russia’s military
00:34:48 The hosts share firearms experiences
00:38:45 How military rifles are idiot-proof
00:44:21 Are civilians often better trained than soldiers?
00:47:09 Has the role of infantry been reduced in modern war?
00:56:32 On the advantage of militias in disrupting supply chains
00:58:26 How abandoning equipment is a textbook Communist tactic
01:03:21 Lesson about militias from the Vietnamese
01:08:43 Questions/comments from listeners
01:09:06 Could the Russian/Ukrainian war be considered a clash of civilizations between the West and Eurasianism?
01:13:55 Attrition and the War of the Flea
01:23:43 What White Nationalists should learn from the history of militias (the importance of being armed)
01:32:57 The soccer-hooligan history of Azov
01:41:40 How militias are a threat to established governments
01:49:39 On the value of civilian militias
01:56:38 Conclusion

« Counter-Currents Radio Podcast No. 433 Ask Me Anything with Greg Johnson

» Peacemaker vs. Arcane: A Comparison of Poz