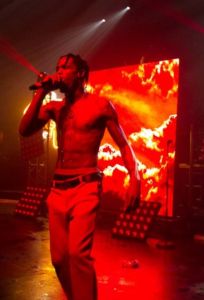 A rap festival ended in death last week. Eight people were fatally trampled and dozens more injured at “Astroworld,” a concert hosted by popular rapper Travis Scott. Videos of the chaos went viral on the internet, showing lifeless bodies being carted off while Scott carries on with the show.

Travis Scott is weird and disgusting for watching ppl point to a dead body and kept going with his show. pic.twitter.com/FEjPrNDxUt

Like any mass casualty event, it’s inspired a wealth of opinions on what it means. A favorite take is that the concert was some kind of Satanic ritual intentionally orchestrated to kill people. The evidence is that the show used some creepy visuals of eyes and a floating hand. This is proof that an occult ritual was afoot and that Travis Scott had conjured up demonic spirits to terrorize his crowd.

This makes for a fascinating story, but there’s probably a less devilish explanation. Namely, the concert was the pinnacle of Mulatto Perm America, and the mayhem was inevitable. You may ask, what the hell is Mulatto Perm America? The mulatto perm refers to a popular hairstyle worn by zoomers. It has since become a meme on the Right, with various versions of Pepe, Gigachad, Wojak, and Soyjak sporting the ‘do. 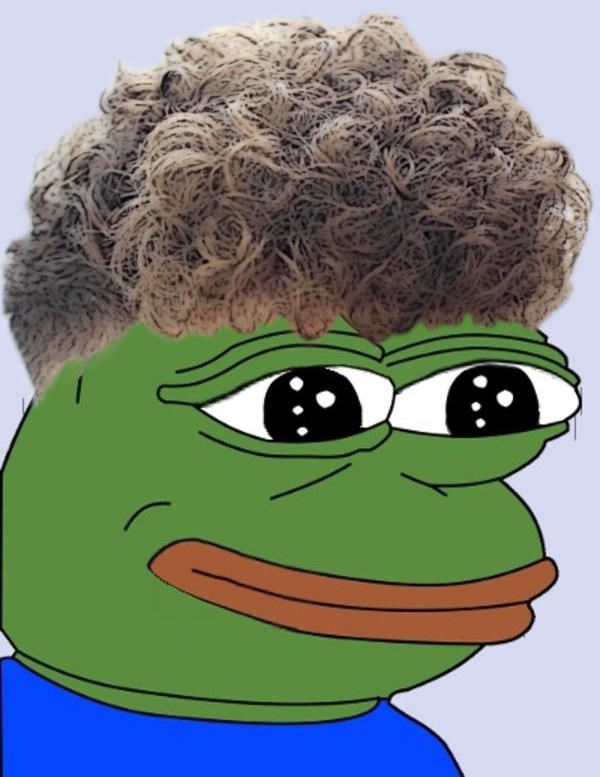 Videos of Astroworld show that this hairstyle is no meme. In some images, it appears that every male in the crowd has this perm. What makes it the mulatto perm is it helps to render its wearers racially ambiguous. You can’t tell what race a person is with it, except that they’re not really white. Its popularity indicates the prevalent racial mixing among the youth, both culturally and biologically. It’s estimated that roughly 10% of Americans count as “multiracial,” with the highest figures being among zoomers and the following generation.

FANS STORM GATES AT ASTROWORLD!
An Isiah Factor crew had just gotten inside the gate at @astroworldfest when a mob of fans stampeded through the VIP entrance. They trampled each other, gates, security guards, and even tore down metal detectors. #astroworldfest pic.twitter.com/7ujC7voTow 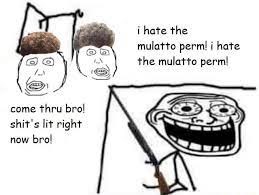 Travis Scott embodies this himself. He’s married to Kylie Jenner, a member of the Kardashian clan, and has mixed-race children with her. The Kardashians are royalty in Mulatto Perm America. Each member would count as white in the census, with the Jenner children being fully white under any standard. Yet, all of the Kardashians adopt black mannerisms, tan their skin to the point of racial ambiguity, and get plastic surgery to make themselves look “beyond white.” Most of them also date black men and have mixed-race children. This is the ideal for young women in multiracial America.

Unlike rap concerts in the past, it’s hard to say that the crowd at Astroworld was predominately black. “Mixed” is the better word. Crowd shots depict the America liberals dream of: whites are a minority and the majority is some shade of brown. Scott’s music holds wide appeal outside of traditional rap consumers. He’s part of the mumble rap genre, which incorporates pop hooks, vocal filters, laid back soundscapes, and moody lyrics. It’s not gangsta rap and it’s the opposite of hard. It’s very appealing to middle-class white listeners. Like the crowd, it’s a mix of things.

There are several theories as to why mayhem broke out. The most obvious is that there were too many people in attendance after hundreds of fans crashed through a gate, adding to an already packed crowd. There are also allegations of widespread drug use, including an outlandish claim that someone kept sticking a syringe into spectators. Most likely there was a lot of drug use at the concert.

The crowds weren’t exactly eager to help those crushed, either. Fans who warned about the danger were cursed at. Blacks climbed up on the stretchers and ambulances and danced on them, refusing to get off in spite of first responders’ pleas.

The best explanation for the death and chaos is to blame the kind of people who would go to a Travis Scott concert. They’ll knock over a gate, ignore other people’s safety, disobey emergency responders, do drugs, and take zero precautions to ensure their own well-being. For their part, Scott and the concert’s organizers are also responsible for poor security and crowd management. Scott continued to perform, despite the dead bodies being pulled from the audience — but his behavior was likely the result of him being an arrogant black rapper rather than an occultist.

Many on the Right seem to favor far-out explanations for typical Kwa behavior. A multiracial event filled with the drugged out dregs of zoomer society managed to trample each other as they listened to Travis Scott’s terrible music. There’s not much more to it than that. The occult explanation imagines that the crowd were innocent little angels who were corrupted by a demonic rapper. In fact, the crowd is just like Scott and his family. They’re one and the same and they both bear responsibility for what happened. You don’t need the dark arts to explain it.

The vaguely occult symbolism was likely an accident. Scott probably asked the visual artists who designed the show to create a “far out” and “trippy” experience. The artists cribbed from various sources to produce a show that was ultimately meaningless and shallow, but enough to convince observers that something more nefarious was at work. The show was just a testament to the vapid nature of pop culture. The symbols mean nothing more than a “cool” visual display.

The real horror wasn’t the creepy eyes or anything flashed on stage. It was the vision of America’s future. Astroworld is the ideal world our elites want for us. We will all look racially ambiguous, sport mulatto perms, and listen to poppy rap music. All hues and colors will come together for events with terrible aesthetics and music. Aren’t you entertained, American?

There’s no need to explain an ordinary type of horror by resorting to the supernatural. Astroworld looks and feels like the future of America. Maybe there were some dark forces beyond our imagination involved in this. But that shouldn’t distract us from the obvious: This is what our country looks like thanks to mass immigration and worship of blacks. Demons need not be involved for that to terrify us.