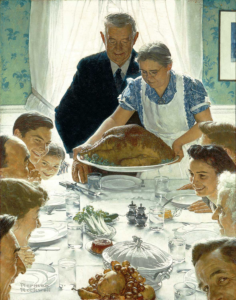 It’s no big secret that eating in a healthy way is an important part of life. Recently, I attended a family reunion where the subject of healthy vs. unhealthy eating became an unavoidable topic of discussion. One middle-aged couple there had lost weight – they got many compliments on their looks. This wasn’t the case everywhere at the reunion though. One woman was obese, a condition that added complications when she got COVID-19. That woman’s sister (also obese) had a husband who divorced her and married a different woman. Being heavy has negative consequences indeed. Two of the moms I talked to had children who were binge eaters. One of the bingers was pretty athletic and worked to control her appetite on her own, but the boy was pretty chunky, and his mom had to get him active and eating healthy “at the point of a sword.”

This led me to research healthy vs. unhealthy eating. Before getting too far into this article, I need to stress that if you or a loved one have an eating disorder talk to a qualified medical professional. Most of the info in this article comes from internet lectures on Binge Eating Disorder and the book Never Binge AgainTM  by Glenn Livingston Ph.D. This article is only provides the reader a broad familiarization of the subject with a focus on binge eating, not the more difficult and deadly eating disorders such as anorexia nervosa.

Packing on the Pounds

A possible answer as to why the United States has an obesity epidemic does exist. The crisis starts in the 1970s, when corn subsidies changed to encourage overproduction. [1] At the same time, “settled science” claimed that fat was bad. Consequently, food producers created low fat food, but to make the food taste good they used some form of sugar derived from all that extra corn. Corn-derived carbohydrates are thus hidden in food and they pack many calories with little nutrition. The same goes for soft drinks. A can of cola is filled with calories, but doesn’t satisfy hunger. Alcohol also has empty calories.

It is important to recognize that food companies that market their products as “healthy” might only be telling a half-truth. That health-bar could very well have Omega 3 fatty acid, but its sodium count could be extremely high. Food companies are in it for the profits, and fattening food whose taste stimulates the brain’s pleasure centers sell – especially if they are labeled as “healthy.”

During the reunion I took the opportunity to ask the men who had lost weight what they’d done. (I didn’t dare to directly ask any of the women about their battles with the bathroom scale.) The men’s weight challenge stories were basically the same. They were all thin when young. Eating was just not an issue for a long time. These men were all jocks in high school, and some went on to serve in the military. Then when they moved onto the point of their careers where they were doing more sedentary jobs with a commute, it was fast food for dinner, beer drinking on Saturday, etc. The weight snuck up on them due to overeating. Then something triggered them to make a change. One man saw a candid cell phone picture of himself and changed his entire lifestyle. Another had a stern doctor’s warning. One heard a snide remark on an airplane. Since these men were already self-disciplined they were successful in re-obtaining a healthy size.

It all comes down to fewer calories in than out. The easiest way to do that was to cut out sugar and alcohol. There were a few other tricks. One man – a retired physician – argued that another method to lose weight was to wait twenty minutes after finishing a plate of food, don’t automatically go for seconds. The feeling of being hungry vanishes after that amount of time, and one will not have had so many calories.

While none of the men, save for the doctor, that I spoke to were really experts, they’d all managed to claw their way back from carrying too much fat, so I felt their input was valid.

For most people, weight gain is gradual. The pounds pack on one (extra) spoonful at a time over many years. Binge eating is a different matter entirely. In this case, binge eating doesn’t refer to something like Thanksgiving or too many second helpings. Instead it is a feeding frenzy where the eater loses control. Many binge eaters have “multiple dinners.” Others, especially men, hide their stash of food in their workshop fridge. Many binge eaters consume after their spouse goes to bed.

Binge Eating Disorder has five features. To be a binge eater one needs to show three of the features without purging or laxative abuse afterwards. Things like purging puts one into a different eating disorder category.

Not all binge eaters are obese, some aren’t even overweight, but an outside stressor can cause the binge eater to binge enough to become obese very quickly with all the negative health issues which follow.

Glen Livingston, who specializes in healthy eating, argues that one should anthropomorphize a person’s desires to binge. He argues one should call this desire a pig and stop heeding its squeals. Giving the desire to binge a name diminishes the urge and makes it easier to control. He also urges one to eat green salads and stay hydrated. This cuts down on hunger.

He also argues that if one is a binge eater, one needs to come up with a food plan and stick to it. One bite outside of the food plan is a binge, however the food plan can be constantly adjusted to account for changing nutritional requirements and social eating. For example, if one wants to eat cheesy pretzels and hot dogs at the baseball game, then put that in the food plan, but balance it with healthy meals at other times.

Although there are some overlaps in treating alcohol/substance abuse and binge eating, the two issues are different. Livingston also argues that one should not count days since the last binge or otherwise treat binge eating like the Alcoholics Anonymous program. Instead, make the plan, refine the plan as necessary, and change the whole lifestyle. Finally, weigh in on the scale every day. This will allow instant feedback on the efforts and allow one to better adjust. Weighing in first thing in the morning is best.

I Get Pie With a Little Help From My Friends?

One’s glorious food plan must get through the filter of one’s friends and family. Research shows that overweight people tend to have overweight friends and family. This could make managing one’s eating difficult. One person who successfully cut down on her weight told me that she started getting considerable criticism as soon as the weight loss was visible.

So, one needs to figure out how to deal with the friends and family that are holding you back. The matter needs to be treated delicately. One method is to include one’s spouse in a healthy eating plan. One thing to remember, a friend that his helping you get Type 2 Diabetes isn’t much of a friend.

[1] A big picture social policy which might cut down on America’s obesity problem is to subsidize corn growers to first ship their product as animal feed to the producers on the western part of the Great Plains – the area west of a line drawn from, say, Bismarck, North Dakota to Abilene, Texas. The corn can support an increase in meat production there and bring more prosperity to a depressed region of the United States.

» Knut Hamsun’s Growth of the Soil