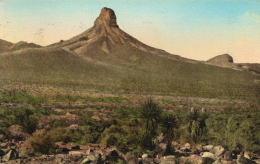 After being found guilty on all three counts last week, Derek Chauvin has become the nation’s white-boy-summer piñata — anyone can feel free to club him with a bat and be showered with candy in return.

But as the white-prostitute-beating sage MLK reminded us, the arc of justice is long, and there’s still much work to be done.

Not merely satisfied to simply take the massive victory and gloat for a while, we are informed that “Derek Chauvin Was Convicted. But The Racist Story Of His Defense Remains.”

Pray tell, what was the racist history of his defense?

From the beginning of the trial, the defense relied on a narrative rife with racist stereotypes that have been recycled over and over about Black people, especially Black men: that they are drug addicts, criminals, loud and angry, and therefore, dangerous. . . . The defense’s argument relied on stereotypes of Black men: George Floyd was big. He was strong. He was on drugs.

Are we talking about the six-foot-four, 223-pound black guy whose autopsy revealed a lethal dose of fentanyl? The same one who served prison time for holding a gun to a woman’s belly during an armed robbery?

Since black people are always committing violent crimes, there will always be shootings of black people — statistically, the shootings come almost exclusively from other black civilians, but let’s not let the truth get in the way of a fairy tale that’s destroying the country.

As luck would have it, right around the time of the Chauvin verdict, an obese black teen named Ma’Khia Bryant was fatally shot by police while she attempted to stab another black woman whose life obviously doesn’t matter to anyone except kind souls such as myself. But we are told that this is the fault of the foster care system in which black children and teens disproportionately find themselves rather than the fault of the black parents who disproportionately dump their spawn into foster-care hellholes.

Leaping to a false conclusion just as nimbly as he leaps toward the basket, NBA superstar LeBron James tweeted what appeared to be a threat to the cop who shot li’l Ma’Khia, then deleted it after the footage of the attempted stabbing emerged. O. J. Simpson, who probably murdered his white wife, chastised caution in such cases, even though he felt the need to also chastise a racist criminal-justice system that probably allowed him to get away with murdering his white wife and some Jewish guy.

When O. J. Simpson is the sanest voice in the room, you know that the country is finished.

In Perth, Australia — which, if memory serves, is the most geographically isolated city with a population of over two million on the planet — a fifteen-year-old “transgender boy,” i.e., a girl, committed suicide in March. You may be aware of the study that found two in five transpeeps attempt suicide at some point in their lives because society is mean to them and NOT because transpeeps are inherently fucked-up.

Apparently, the parents of this unidentified girl who thought she was a boy were “estranged” at the time of the youth’s suicide — so estranged that they actually split the cremated ashes and held two separate funerals because they couldn’t agree on whether their dead child was a boy or a girl.

Quadroon Child Gets a Free Haircut, Associated Press Makes it all About Race

NBCBLK is a subdivision of NBC News that purports to offer “stories, issues, and opinions from the African American perspective.” In this sense, it is the USA’s analog to BBC Pidgin.

NBCBLCK recently reprinted an Associated Press story and slapped on the headline “Michigan family angry after teacher cuts biracial daughter’s hair,” as if is really something worthy of a national headline.

The article relays the tragic saga of little Jurnee Hoffmeyer, a seven-year-old quadroon girl who allegedly had one side of her hair cut by a hostile student on a school bus. Since the hostile student is not identified by race, I will assume that student is as black as the Ace of Spades. Soon thereafter, a teacher at the school — whom I’ll assume was merely trying to even things out and send Jurnee home with a nice haircut rather than contribute to another race-war-inducing national scandal — cut the other side of her hair.

Jurnee’s father Jimmy is half-black and half-white, and he rutted an entirely white woman to produce Jurnee. It’s unclear at press time which parent gave Jurnee her stupid name.

Even Jimmy claims that “I’m not one to try to make things about race. I’ve pretty much grown up with only white people, myself.” Still, he called the cops, and now it’s a news story in the AP, which saw fit to analyze the demographics of Mount Pleasant, Michigan, the town where the racially motivated scalping happened, and declare that it is only 4% black.

More than anyone else on this planet where God chose them as supreme above everyone else, Jews are fantastic at feeling pain — and especially in sharing that pain with other people.

Back on January 5, Illinois Congresswoman Mary Miller said that some guy named Adolf Hitler was “right on one thing: Whoever has the youth has the future.” She was attacked and shamed and belittled and censured and dragged before a Star Chamber-styled Zoom call and she apologized, but the Associated Press — which should keep its initials but rename itself American Pravda — feels the need to inform us that “Months after politician’s Hitler remarks, Jews share pain.”

No one bothered to challenge the accuracy of Hitler’s statement, which seems pretty accurate. And I suspect that if Hitler were to suddenly appear in the clouds on a cloudy day and announce that it was cloudy, Jews would still feel pain.

White Men Shitting on Themselves, Cont.

You must forgive me for taking an almost demonic glee in inflicting you every week with the latest example of an ethnomasochistic white person inflicting their own self-hatred on the world and acting as if it’s some sort of brave breakthrough rather than a cowardly capitulation to the forces that are inflicting anti-whiteness on everyone.

The competition this week was stiff. There’s a lumpy white goofball named Gary Abernathy who writes a syndicated column for the Washington Post and this week flagellated himself with an essay called “All conservatives should support reparations — I do.”

Good for you, Gary. I’ll let you pay my share.

There’s also a piece by John Pavlovitz — whose Wikipedia profile claims he was raised in an Italian family whom I’ll assume shortened their surname from Pavlovitzetti just to pass through Ellis Island — that argues if you say you’re tired of being accused of white privilege, that suggests you are “afflicted” with it. It’s akin to arguing that if you say you’re tired of being falsely accused of murder, that’s proof you’re a murderer.

But this week’s winner in the Self-Hatred Sweepstakes comes from a man with white hair and a pink face named Larry Beck, who vents his spleen about the supposed “shame of white American culture”:

As a privileged white male in American culture, I have been mortified of our history that has inflicted brutal conditions on Native Americans, African Americans along with other cultures of color.

The systemic racism that has become a way of life in this country for millions since white Europeans first set foot on America’s shores has mocked any ideal of equality and brotherly love these discriminatory and life-devaluing acts of white culture pale in comparison to what people of color have testified to with the shedding of their blood, loss of property and even their very lives. . . . Born and raised in North Texas, I experienced the dehumanizing behavior toward Black people and chicano [sic] people by white people.

Very noble of you to “experience” black people being mistreated without stepping in and taking a bullet for them, guy. Larry, judging from your picture alone, I’m going to guess that what you experienced growing up in Texas was mistreatment from all races.

Purging the Culture of Racist Highways, Maps, and Songs

Chris Churchill is a fat white man who is actually paid by a newspaper to wonder in public whether a road that passes through Albany, New York is “a racist highway.” He quotes some gibberish from Transportation Secretary Pete Buttplug that “There is racism physically built into some of our highways” and that architects purposely built roads — which, let’s face it, didn’t exist in sub-Saharan Africa until the white man came along and burdened the natives with inventions — to segregate blacks from whites in an attempt to suppress blacks from reaching the glorious potential that they show in places where white toes have never trod. You know the kind of places I’m talking about — places where they worship rocks and turn cow dung into children’s toys.

Churchill also quotes a black Albany resident with the self-segregating first name of “Jahkeen” who asks an extremely probing question:

Thanks for asking, Jahkeen. Cities are for people, and cars are a white invention for people, even black people named “Jahkeen,” to drive on roads. At least Oklahoma’s governor realizes this very basic fact, which is why he recently signed a bill allowing drivers to plow over rioters who try to block them on public roads.

In the increasingly unscientific Scientific American, a group of wimmen geoscientist peeps o’ color shriek that “America’s Maps are Full of Racial Slurs — and That Needs to Change.”

I disagree — but proceed, ladies.

They claim to be persistently traumatized by the alleged fact that there remain at least 1,400 “geographic features in the United States” — whether towns, creeks, roads, and mountains — with monikers such as Chinaman Trail, Pickaninny Buttes, and Squaw Tit that somehow prevent wimmen peeps o’ color from becoming geoscientists, despite the fact they’ve already admitted that America has allowed them, as wimmen peeps o’ color, to become geoscientists.

Let’s hope that marine biologists don’t find out about the nigger-fish.

Kate Pollard — who, despite her Anglo-sounding name, appears to be some kind of chubby Chinawoman — lectures on music education at the highly esteemed educational institution the University of Nevada-Reno. She claims that traditional kiddie songs such as “Baa Baa Black Sheep” are racist despite the fact that no self-respecting racist would request wool from a black sheep. She says she hopes to see a brighter day when songs such as “Jingle Bells” — which a long-winded essay from Cambridge University says has a “veiled history as part of the antebellum blackface minstrel tradition” — can be exterminated from the history books in favor of songs that encourage “acceptance and social justice.” She even claims that “My Country ’Tis of Thee” should be canceled because it “is sung from the white colonizer perspective” and doesn’t explicitly refer to the slaughter of the same Native Americans who probably would have slaughtered Kate Pollard just for being overweight and having slanted eyes.

Personally, I think that American schoolchildren should be forced to sing Johnny Rebel’s entire canon, but what do I know?

» So Awful You Have To Laugh: Dark Humor in Instauration