The Sailor Who Fell from Grace with the Sea 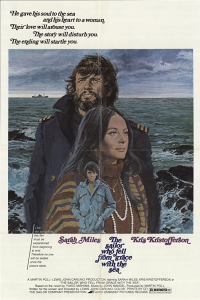 Yukio Mishima’s 1963 novel The Sailor Who Fell from Grace with the Sea is one of his darkest works. Set in post-War Yokohama, it is the story of Fusako Kuroda, a thirty-three-year-old widow who runs a boutique selling Western luxury goods, and her thirteen-year-old son Noboru Kuroda. (See Alex Graham’s discussion of the novel here.)

Sailor is a slender, compulsively-readable volume that most people can devour in an afternoon. It cried out for translation and then for a film adaptation. The translation came rather quickly, in 1965. I can’t help wondering how Kurosawa would have directed Sailor in the Yokohama of High and Low, or how Hitchcock or Michael Powell would have handled it in a Western setting. But the film adaptation of Sailor ended up in the hands of a very different director and appeared in 1976.

« You Are Not Going to Die of the Wuhanic Plague