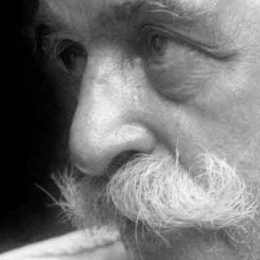 We are not exactly sure when George Ivanovich Gurdjieff arrived on this Earth, but it was probably January 13, around 1866. He was born in Alexandropol, then part of the Russian Empire, to a Greek father (an ashik or singer-poet) and an Armenian mother. As a young man, Gurdjieff travelled through the Middle East and Central Asia for around 20 years, searching for enlightenment.

The major source of information on this time is Gurdjieff’s book Meetings with Remarkable Men. However, this text has to be approached with caution, as it clearly mixes fact and fiction. Some of the stories he recounts seem to be tall tales, but perhaps these should be thought of along the lines of Sufi “teaching tales” (i.e., as having esoteric significance). The climax of Gurdjieff’s wanderings was, he claimed, his initiation into the mysterious Sarmoung Brotherhood. While this brotherhood may have existed, its name is not attested in any other source.

By 1912, Gurdjieff had settled in Russia. Three years later he met P. D. Ouspensky (1878-1947), who had heard rumors about the existence of a charismatic new spiritual teacher imparting an unusual doctrine. Arguably, Ouspensky, already an established author, would prove to be Gurdjieff’s most influential disciple. Ouspensky authored the best and most popular introduction to Gurdjieff’s ideas, In Search of the Miraculous: Fragments of an Unknown Teaching, which has been continuously in print for more than 70 years. Through his association with Ouspensky, Gurdjieff began to acquire other Russian followers. Many of these were also quite accomplished in their respective fields — such as the composer Thomas De Hartmann, with whom Gurdjieff collaborated on the so-called Gurdjieff-de Hartmann music, and the artist Alexandre de Salzmann.

When the Bolshevik pestilence came to Russia, Gurdjieff and his followers fled the country, leading a nomadic existence full of adventures (which make for exciting reading: see Our Life with Mr. Gurdjieff by Thomas and Olga de Hartmann). Eventually, they wound up in France. Ouspensky did not make the entire journey, however. He broke with Gurdjieff in 1918, after which he established his own school, teaching what he referred to as Gurdjieff’s “system.” The result was that for many years this body of ideas was referred to as the “Gurdjieff-Ouspensky Work.”

In 1922, at the Chateau du Prieuré at Fountainbleau near Paris, Gurdjieff created the Institute for the Harmonious Development of Man. It was at Fountainbleau that Gurdjieff and de Hartmann produced their famous collaborations, and that Gurdjieff began teaching the “movements,” which are often described as a form of “sacred dance” (but are, in truth, almost as difficult to describe as they are to perform).

In 1924, after a car accident that almost claimed his life, Gurdjieff turned to writing. In December of that year, he began dictating what became Beelzebub’s Tales to His Grandson. One of the most obscure books ever written, it is also often deliciously funny. Beelzebub, not published until 1950, was to be the first part of a trilogy collectively titled All and Everything. The second volume, Meetings with Remarkable Men, was published in 1963, and the third, Life is Only Real Then, When “I Am,” was finally brought out in 1975. Gurdjieff fully recovered from the accident, but in 1932 he shut down the Prieuré and relocated to Paris, where he continued to teach. He stayed in Paris for the remainder of his life, making occasional trips elsewhere in Europe and to the United States to stage demonstrations of the movements, and to solicit financial support. In 1948 Gurdjieff was involved in another major car accident. He recovered from this one as well, but then died on October 29, 1949.

Gurdjieff is an intrinsically interesting thinker for many reasons, but he also has special relevance for the Right. He claimed that he had been initiated into, and was handing down, a Western mystical teaching of great antiquity. Certainly, his famous claim that “man is asleep” sounds as if it could have come from any of the ancient philosophers (especially Heraclitus, who said it explicitly). But there are also aspects of Gurdjieff’s teaching (e.g., “the enneagram”) that seem strongly Pythagorean. It has always been apparent that there was a great influence of Sufism on Gurdjieff, but if the scholar Peter Kingsley is to be believed, Sufism may itself preserve elements of the Eleatic tradition of Pre-Socratic philosophy (see, for example, here).

You can buy Collin Cleary’sWhat is a Rune? here

Thus, if Gurdjieff was telling the truth, he brought us an authentically Western, pre-Christian mystical tradition. If you do not see the significance of this, check around and you will find that conventional histories have almost nothing to say about Western, pre-Christian mysticism, because almost nothing of it seems to have been preserved. We know, for example, that the Eleusinian mystery rites took place, and that they were somehow “mystical,” but we know almost nothing about the teaching they imparted. All that we have of the ancients is mythology and philosophy — though if Kingsley is correct, a great deal of ancient thought is as much mystical as it is “philosophical” (modern historians of philosophy are allergic to mysticism, and so tend to back-project their own values and attitudes onto the ancients).

But not only is Gurdjieff’s core teaching Western, he also tailored it to the needs of modern Westerners. For example, he refers to his teaching as the “Fourth Way.” The first three ways are those of the fakir, the monk, and the yogi. These not only lead to one-sided development, Gurdjieff claims, they usually also require practitioners to separate themselves from ordinary life in special schools or centers. Thus, they are impractical in modern, Western life. The Fourth Way combines elements of the other three, and it is lived in the midst of life, not in separation from it. Gurdjieff’s teaching presents the possibility that we can live in the modern world without being overcome by the forces that corrupt others. Indeed, Gurdjieff teaches that the modern world provides us with valuable material for use in “work on oneself.” One can learn to use these forces, rather than be dominated or corrupted by them, if one follows what he called “the way of the sly man.” In this respect, the Fourth Way is indistinguishable from Julius Evola’s conception of the “Left-Hand Path.”

Gurdjieff was raised in Orthodox Christianity and was, arguably, influenced by its mystical theology. Still, he was harshly critical of organized religion. At the same time, he was equally critical of rationalism and of scientific reductionism (as a young man, Gurdjieff eagerly absorbed Russian-language scientific literature). Recognizing, nevertheless, that individualism and the scientific spirit had won the day in the West, he encouraged his followers to never take anything in his teaching on faith. “Question everything, test everything,” he repeatedly said. Gurdjieff would not be treated as a guru, and often literally drove away students whose further development, he felt, required a personal break with him (arguably, this is what he engineered with Ouspensky).

It’s easy to mine Gurdjieff’s writings — especially the posthumously published transcripts of his meetings — for statements so “reactionary” they would trouble many of the “dissident Rightists” I know. For example, he said to a student, “If you haven’t any slaves, you are the slave of someone.” When the student responded, “Cannot everyone be equal?” Gurdjieff answered, “Never. How is it possible? You have four eyes and I two [the student wore spectacles]. Already there is a difference. . . . For me one law, for you another. The well-being of man is that everyone be his slaves.”[1] On another occasion a student asked him, “How should a man act towards a woman so as to be her master and make her happy?” Gurdjieff answered:

First of all you must be a man inside yourself. Every woman should feel herself a man’s slave. This is the property of women, they are made that way. For that there is a law. You ought to represent the boss, the master. You should consider all things as the master. If you were like that, she, without manipulation, without anything, (it always happens) becomes your slave. Without explanations or anything, it only depends on you. . . . A man can demand everything of his wife but he can only demand if he is, in truth, a man. If he is a man of the middle sex [i.e., an unmasculine man] it is impossible. . . . He who always in his waking state is a man can never belong to the middle sex. Whether it be his mother, his sister or his wife, she will act as she is told to. Woman does not depend upon herself.[2]

For those interested in learning more, this website contains a number of resources. First, I published a much longer commemoration of Gurdjieff’s birthday two years ago (“Remembering Mr. Gurdjieff”), which repeats some of the biographical information presented here, but goes into a lot more detail concerning Gurdjieff’s ideas. See also my essay “A Lesson from Mr. Gurdjieff,” a very short introduction to the topic. My essay “What is Odinism?” also deals in part with the Gurdjieff Work.

» The Populist Moment, Chapter 10, Part 1: The Ambiguity of “Communitarianism”