What is a Rune? & Other Essays 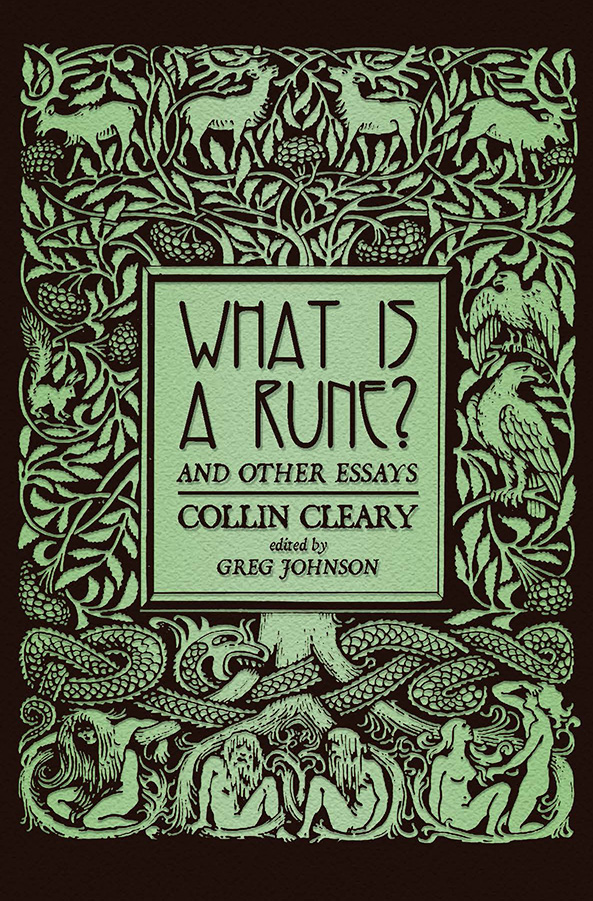 What is a Rune? & Other Essays

About What is a Rune?

In these nine remarkable essays, Collin Cleary expands upon the ideas of his path-breaking book Summoning the Gods and ventures into entirely new territory:

“The writings of Collin Cleary are an excellent example of the way in which old European paganism continues to question our contemporaries in a thought-provoking way. Written with elegance, his work abounds in original points of view.”

—Alain de Benoist, author of On Being a Pagan

“In What is a Rune? and Other Essays, Collin Cleary delves headlong into the world of Mystery in a way that brings clarity and light. An inspired mind linked to the vehicle of rational thought and profound memory for the mythic past leads the reader to deep insight. Cleary has done his homework on all levels, and with this book gives us a port of entry into a fascinating world of ideas.”

“With his second book, What is a Rune?, Collin Cleary makes another powerful contribution to the intellectual foundations of modern Heathenry. Cleary approaches a wide range of topics, from the theological to the political, through his well-developed and cogently argued Heideggerian brand of Radical Traditionalism. Given the depth of Cleary’s penetrating analysis of so many topics relevant to modern Heathenry, What is a Rune? belongs in the library of every thinking Heathen.”

—Christopher Plaisance, editor of The Journal of Contemporary Heathen Thought

Introduction by Greg Johnson: The Philosophy of Collin Cleary

1. What is a Rune?
2. The Fourfold
3. The Ninefold
4. The Gifts of Odin & His Brothers
5. The Stones Cry Out: Cave Art & the Origin
of the Human Spirit
6. Ásatrú & the Political
7. Are We Free?
8. Heidegger: An Introduction for Anti-Modernists
9. “All or Nothing”: The Prisoner & Ibsen’s Brand

Collin Cleary, Ph.D. is an independent scholar living in Sandpoint, Idaho. He is the author of Summoning the Gods: Essays on Paganism in a God-Forsaken World (San Francisco: Counter-Currents, 2011). Cleary is one of the founders of TYR: Myth-Culture-Tradition, the first volume of which he co-edited. His essays have appeared in TYR, Rûna, and at Counter-Currents/North American New Right. A Master in the Rune-Gild, his work has been translated into Czech, Danish, French, Portuguese, Russian, and Swedish.