The Red Ripple Was a Triumph for White Advocates 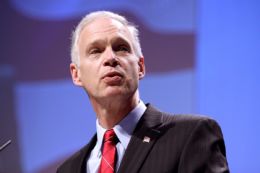 As I write this, the final results of the 2022 midterm election remain in doubt, but it appears that the Republicans will win a bare majority in the House and gain half the Senate. Georgia’s Senate race will be determined in a runoff. Regardless of whoever wins there, Georgia will not produce a very good Senator.

It Was Still a Defeat for the Biden Regime

The mainstream media and the Senile Joe regime is calling this a win. This is a strange take on the matter. One could call it spin, or making lemons out of lemonade. The Democrats simply didn’t lose as badly as they might have. That’s not a real victory. The problems for them remain. The President is cognitively challenged and declining, the border crisis is ongoing, the economy remains under the pressures of inflation, the energy crunch continues, and the war in Ukraine rages. Any of these problems, plus others not yet recognized, could spiral out of control quickly.

Much of the hype about a “red wave” refers back to the 1994 midterm elections. Going into that election, the Republicans had held 177 seats; afterwards, they held 230. It also ended 44 years of Democratic control of the US House of Representatives. This was a hard act to follow. Today, the United States is more polarized, and there are Democrats who will turn out no matter how bad things seem. Additionally, in the 2022 midterms the Republicans failed to put forward a genuine plan for change.

Victor Davis Hanson warned back in August that a big red wave might not materialize:

Republicans seem confident nonetheless because of the dismal 40% approval ratings of Biden and his even less popular agenda. Crime is out of control. The Left blew up the southern border. Biden has waged war on energy production and deliberately spiked gas costs. Foreign policy is in shambles. Racial relations are scary. Historically, presidents are shellacked in their first midterms. So, there should be a Republican tsunami. But will there be? So far, the Republicans have not nationalized congressional races with a uniform Contract with America, an agenda that they will seek to enact the moment they take Congress. If all Republican candidates run on what the Left has done to America in less than two years and offer a systematic corrective, they will win. If they get bogged down in the 24-hour news cycle they will flounder.

Thus, the Republicans foundered but still won a victory that was slightly fewer than 230 seats. Regardless, the mainstream media is crowing, savoring what is still a loss. Why this happened will become clear in time. There are three likely culprits for the red ripple.

The first is that the media might have hyped a pending red wave as part of a tactical strategy alongside using false polling numbers. It is a known political contrivance for them to say the election will go one way or the other in order to turn out voters who think their side will lose and suppress those who are certain of a win so they don’t bother to go to the polls. Phyllis Schlafly pointed out this trick in her book A Choice Not an Echo. During the 1948 election, Republican Thomas Dewey was predicted to win by the press and pollsters — and ended up losing.

The second was political karma. There is a faction within the Republican Party that is hostile to the Roe v. Wade decision. They got the case overturned after decades of dedicated activism. All victories in battle come with a price, however. The price paid this time was a Republican victory that could have been much greater.

Where I vote, Democrat and Republican volunteers give out a handbill listing their party’s local candidates to each voter. I usually take both parties’ handbill, although this year I didn’t bother, I just grabbed the Republican handbill. After I voted I sat in my car and watched the people coming and going. One can tell the Republicans from the Democrats; there’s a specific look to each. One woman walked by with a determined look on her face; under normal circumstances I’d have taken her for a Republican, but she took the Democratic handbill.

Since the sexual revolution, courtship rituals have changed. Women can’t “wait until marriage”; they must play a game of holding out for a time and then yielding sexually as part of a campaign to win a committed husband. This strategy is risky. Birth control can fail and the man might not commit regardless. Abortion is therefore the final recourse should things go badly. This is the world we live in. There are plenty of women out there who recognize this philosophically, or who have themselves experienced this problem.

Third, it is well known that the party in the White House normally loses Congress in the midterms. This party usually looks at this fatalistically. The Democrats took this into account and worked hard.

Sexualizing the Hijab: A Sign of Victory in the War on Terror?

There’s recently been some excitement over Nabeela Syed, who won a state election in Illinois. Syed wears a hijab. This is, of course, an example of the Great Replacement, but it is also an example of liberal fashion and has happened before. Red Indian styles became fashionable after the Indian Wars ended and the danger passed. In the 1970s, Red Indians were the king of cool in popular culture and they were sympathetically portrayed in the media. The Japanese and Vietnamese were also fetishized in the 1980s.

This liberal fashion won’t last, however. Red Indians stopped being cool; this fetish for hijabs will also abate. It is likewise questionable whether or not the danger of Islamic terror has actually passed. Should America experience another series of Islamic attacks, as were common in 2015, politicians wearing hijabs will be in trouble.

Regardless, one can’t help but notice that there is a sexualization of the hijab going on. Notice that Muslim men with beards aren’t bothering to run for election. Is this some sort of form of symbolic mass rape by a victorious army? After all, the fake Red Indian Sacheen Littlefeather did pose topless for Playboy.

The Victory of White Advocacy

The best thing to come out of this election is that Liz Cheney is out of Congress. Cheney was the daughter of the neoconservative Vice President Dick Cheney, who was an advocate of American wars for Israel. Her defeat in the Wyoming primary this summer, and her challenger’s subsequent election to Congress, is an enormous win for America First white advocates. And for their part, isolationist Congressmen such as Marjorie Taylor Greene kept their seats.

In Wisconsin, Senator Ron Johnson won on a “racist appeal.” Stephen Miller also produced “racist” ads in Georgia. These ads were negatively commented upon in the mainstream media, but they caused no outcry among the public. The fact that explicit racial appeals took place at all is notable: It is a sign that our message can influence politics.

I’ve used the Marxist smear word of “racist” in order to economize words. White advocacy is a morally correct position. White Americans are in trouble, and I wish to emphasize the fact that this is now part of the political conversation — and this message achieved victories. Blake Masters ran and lost – unfortunately — on pro-white appeals, but his rival in Arizona was an incumbent, an astronaut, and also an assimilated American-majority white. Blake’s campaign was uphill all the way. That his pro-white appeal was exploited at all is still a win for us.

There were victories for old-stock Americans in Pennsylvania and Virginia, too. In Pennsylvania, John Fetterman won against a dual-citizen Turk who’d served in the Turkish army. Peter Brimelow wrote of Oz, “He’s also a Republican primary candidate for United States Senator from Pennsylvania . . . and Turkish dual citizen. His full name is Mehmet Cengiz Öz, which means that he’s named after the Prophet Mohammed and Genghis Khan.” Fetterman is now cognitively challenged after a stroke, but his win is a symbolic win for American-majority whites, and not only for the Right.

I mention this because in 1866, Captain William Judd Fetterman was killed along with his entire command during the Indian Wars. Captain Fetterman had roots in Pennsylvania. Is he related to John Fetterman? I don’t know, but it could be significant.

In Virginia, Abigail Spanberger (née Davis) won a race against a woman from El Salvador named Yelsi Vega. Spangberger carefully positioned herself as a moderate, didn’t vote for Nancy Pelosi to be Speaker of the House, and was part of a bi-partisan group that vainly fought against the border crisis.

Portland, Oregon has gone downhill since the Black Lives Matter/antifa terror riots of 2020. Today, Portland is marked by homeless encampments and rampant crime, and many good people are fleeing the town. This situation has caused counties in eastern Oregon to vote for secession. They want to join Greater Idaho. Such a change will probably not happen, but it is a metapolitical victory for white advocates regardless.

While the Biden regime is claiming victory, they’ve already started to react in a way that acknowledges that there was a defeat: There is a shakeup ongoing at the Department of Homeland Security (DHS). Chris Magnus, the Customs and Border Patrol Secretary, resigned after a brief standoff with the DHS Chief. Magnus is being made a scapegoat for the border crisis. It could very well be Magnus’ mismanagement that was the main culprit for this crisis rather than the Jew Alejandro Mayorkas. Regardless of whether this is true, it is a victory we should accept and build upon.

» Hordes at the Gate, Traitors Within, & a Home Newly Found