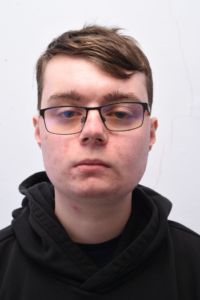 Self-described Nazi Thomas Leech, who was recently convicted in the UK on terrorism charges, shows that today’s Nazis don’t really live up to their more fashionable predecessors.

A rose by any other name

When I was growing up, or at least getting bigger, my parents were fairly liberal about swearing in the house. “Cussing” is, I believe, an American equivalent. This was not an injunction for or against swearing an oath on the Bible. But rules are rules, and there was always one word banned in our house: the dread C-word. How nice to be reminded of this childhood memory by Britain’s National Health Service (NHS), still wasting money after all these years. They have indeed banned the C-word.

Except that now it’s the V-word. What are described as “Health chiefs in Sussex” have warned against the use of a particular word by midwives, one I would imagine they use quite often in the course of their profession, the organ in question being both the entrance and exit booths for that miracle known as babies. Yes, the NHS is banning the word “vagina” for fear of offending those in the money-wasting freak show that is transgenderism.

Of course, some sort of signifier is required for that feminine estuary that has caused so much pain and pleasure throughout history. It is now referred to either as the “front hole” or “genital opening” (both great names for Scandinavian death metal bands, I feel). Also amended is “breast milk,” which is now “human milk.” Apparently, rumors that the deciding board considered changing “anus” to the more colloquial English “tradesmen’s entrance” remain unsubstantiated.

As you know, it is extraordinarily rare that there should be a racial element to a news story, but black women are also being guarded by the language watchdogs of Britain’s profligate health providers. They may have even more problems than the merely sexually confused, and “it is well established that black women have very poor outcomes in labour.” The writers of this new NHS linguistic guide are obviously unaware of Diane Abbott.

Now, I’m all in favor of changing names every now and again to keep everyone on their toes. Who was that Roman general who commanded his legions’ names be changed for each new campaign to promote the illusion of progress? I suggest changing the names of “Sussex health chiefs” to — well, what? Of course! Dust off the trusty old C-word. Plural.

As you are all aware, I am a Nazi. So are you, if you are reading this. Nigel Farage is a Nazi. So is J. K. Rowling, Joe Rogan, and — probably by the time you read this — Elon Musk, whose name sounds like it has to be a cheap Central American scent for ladies.

But we Nazis are getting a bad name. Where once we walked tall and were always the best-looking villains in the endless Hollywood films made about Hitler (not many about Stalin and Mao, huh?), we now stand abused and despised. Let’s face facts. Your opinions concerning Nazis, fascists, and so on are your own affair, but there is one thing you cannot deny.

They looked good. You never saw a Gruppenführer in a scuffed old pair of sneakers, am I right? The American military now, quite frankly, look like Saturday night at Ed’s Diner. I don’t see any of them in natty leather coats or gleaming jackboots, do you? So why do we Nazis get such a hard time? Why, like Rodney Dangerfield, do we never get no respect?

Just have a look at this English “neo-Nazi” and tell me that this photo does not speak of genetic shortfall. These people give white supremacy a bad name. Mein Herr, if you are going to be called a Nazi, at least look like one.

Maybe it’s because I’m a Londoner

Perhaps it’s just me, but I suspect not. When you read one of the endless accounts of urban murder that occur, on either side of the herring-pond, doesn’t it mean more if you know the street? A slaughter took place in London last week and, almost unbelievably, black people were involved. Not that you would know that from the media coverage. This is a particularly horrible crime. A family was butchered in a London street a couple of blocks away from where I was living six years ago, before I saw sense and got the hell over here to Central America. The details are here. Or are they?

It has taken me two days to get hold of a report that actually explained that this was yet another black crime of violence. The priority for the British media is race. If the killer is white, trumpets blare from the rooftops. If the killer is black, well, best say nothing.

I followed this story from the moment it broke because I know the street, and I used to drink in a pub just around the corner. You can read the details and form your own conclusions. Or you can save time and just read the names of the family. Tanyasha. Venecia. Dolet. These are not names; they sound like pharmaceutical brands.

At what exact point will it be understood that a black presence in your town, neighborhood, or street is a lot more trouble than it is worth?

. . . is to win first prize in God’s lottery. There is some doubt as to who first came up with this sadly antiquated phrase. Some say Johnson, some Kipling. I believe it was Cecil Rhodes, whose name formed the title of the country of Rhodesia before it became Zimbabwe and turned, as they say, to shit. But what is it to be English today?

An English judge has an interesting take on Englishness: “Judge rules belief in English identity is a protected philosophy in law . . . but rejects man’s discrimination complaint he was unfairly sacked for not telling bosses he was a member of English Democrats party when he took the job.”

A protected philosophy. Protected by whom? English Democrats is the name of a political party, incidentally. I vaguely know one of its top dogs. We have corresponded, and he is about as charming a gentleman as you could meet on a summer day. Now people are being fired for being members of this party.

The Daily Mail is one of the United Kingdom’s worst newspapers because it pretends to be something it is not — i.e., conservative. It does describe English Democrats as “far Right,” however. It is a phrase often used in this particular rag.

The judge was a woman, unsurprisingly. I am not a great fan of women, so perhaps I am biased, but she ruled that a belief in England can pass as a “cogent and cohesive” philosophical belief. Well, thanks, bitch.

The ruling took place in Croydon, which is very definitely last prize in God’s lottery.

Sir Patrick Vallance sounds like a character from a George Eliot novel, but is actually one of Britain’s top scientists. Appearing in front of a House of Lords committee, he informed the world that he has changed his lifestyle and that we should all do the same in order to save the planet: “I’m eating less meat, I cycle to work, and I fly less than I used to.”

Something about this statement makes me want to get on a 747 and order a rack of ribs, the ribs being those of a cyclist. I was a vegetarian for ten years and I just remember being tired all the time and having bad skin.

There is something about advice from rich government cronies that gives me the pip. Do more of this, do less of that. Saving the planet is far easier than these people believe, or say they believe. Nuke Africa and the Middle East, and the job is half done. You won’t have to worry about eating less meat.

Vallance continues: “We should not aim to frighten people because that’s not helpful, but we should aim to enable people to understand what actions they can take.” Yes, I can think of a few actions I would like to take, duct-taping scientists to a chair in a flooding basement being one of them.

And to think that England produced Sir Isaac Newton.

I am not given to praising professional athletes. They are absurdly overpaid and generally ignorant and stupid, particularly soccer players. But the legendary Portuguese player Cristiano Ronaldo does have my admiration. He turned out last weekend for Manchester United, playing my own team, Arsenal. Ronaldo scored, although my boys carried the day. A few days prior to this, Ronaldo and his wife suffered the pain of their newborn child dying.

I am not a parent, and so can’t imagine the pain of losing a child. But I don’t think I could turn out on a soccer pitch a few hours later, even for the galactic sums these people earn.

And finally, happy birthday, your Majesty

Her Majesty Queen Elizabeth II had her 96th birthday last week, and I think that all true Englishman were pleased and relieved. Her health has been poor and 96 is quite an age.

The Left in Britain, of course, despise the monarchy, which is one reason I am a monarchist. Her Majesty has had to suffer possibly the worst family in English history: Sarah Ferguson, Andrew and his alleged Epstein connections, the bumptious little turd Harry and his half-caste wife with the broken nose, as well as the ghost of Diana Spencer, who I once met. This cannot be an easy head that wears the crown with a family like that.

Part of the fear, of course, is that when the current monarch passes, her idiot son Charles will ascend the throne. Lord love us. This is a man there is no excuse for. He is the man who considered no longer using the traditional phrase “defender of the faith” to describe his future office when he is crowned, preferring “defender of faith” to please his Muslim chums.

The Queen also lost her husband recently, one of the funniest royals in history. His gaffes are legendary. He did, however, miss a chance for one of the best gags ever when his wife knighted David Bowie. He really should have said that there was only room at the Palace for one thin, white duke.

And happy belated St. George’s Day to all true Englishmen.

« What Good is a Town Square if You Live on Different Planets?