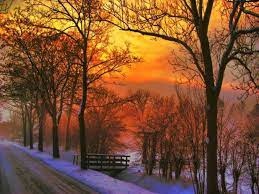 On Christmas of 1996 I was at a crossroads. I had spent seven years in Boston — a life’s goal, and they were seven of the happiest years of my life — but in 1991 I moved to Columbia, Missouri, to live with Mother. I had worked and saved money, ostensibly planning to go to library school at the university, then return to Boston, ready to get hired. But things didn’t turn out that way.

I did return to Boston in 1994, but only for eight months, leaving during the Christmas celebrations . . . the elaborate decorations, many concerts, joyful Christmas dances, and a farewell to friends, catching the aroma of pastry, holly, evergreen, and grilled meat as I walked . . . and returned to Missouri’s relative blandness. Boston had been a part of me, but my need for it faded as I stayed with Mother, working out issues with her and improving our relationship, as well as concentrating on my writing. I didn’t feel saddened as I had in those pre-Boston years, when not being in that city was a source of depression and failure. I had been there; it was good. But now I was home.

Mother went to meet friends on her usual round of Christmas shopping. I was in my room, writing as I listened to the radio. I pulled on a sweater, the snow making a fingernail-thin line bordering the window. I thought to take off my clothes and put on my terrycloth robe; its warmth was alluring, but the cat curled up on it for a long, peaceful nap. To disturb her meant a hiss and outstretched claws; she loved lolling on the terrycloth as much as I, and would defend it as fiercely as she would a dish of salmon. Seeing her stretched out, belly up and nestled in the thick, cushy cloth had its own pleasure. I returned to my writing.

The radio played the usual Christmas music; traditional, tonier stuff from the university station’s NPR affiliate. The previous night it had played a Lesson of Carols. The Englishness of it seemed alien to me: all those Oxford accents and the rolling, sonorous passages from the New Testament, and a piping boys’ choir . . . those voices of English warmth never worked for me. To use the sixties phrase of my youth, they weren’t relevant.

That night, the program played what was called An American Lesson of Carols. I looked up from my chapter revisions as readers spoke of winter, of the changing seasons, and the necessary worship of light in the dimming solstice. There was an impression of forests and deep, dark woods of American vastness broken by farmhouse lanterns or, more hopefully, a cluster of town and village lights. Poems were read by thoughtful, seasoned voices. Emerson, Frost . . . loneliness and the solitary beauty of night skies.

The music of voices and harp, dulcimers, and fiddles recalled images of past Christmases. When I was lonely and in a small town I couldn’t wait to get out of, with a family that was at times semi-dysfunctional and torn by divorce and my mother’s alcoholism, which was now under control after a frantic summer treatment in 1982 . . . But we always pulled together for the holidays, declaring a truce on our phobias, misanthropy, and insecurities.

One song made me put down my pen. It was from 1850, a setting of “Bonny Doon,” a very popular tune in Victorian America that is now sung as “The Star of Bethlehem.” A beautiful, ethereal woman’s voice was accompanied by the mellow brass of period instruments, lyrics eschewing the usual natal pastoral in favor of crisis:

Once on the raging seas I rode
The storm was loud, the sea was dark,
The ocean yawned, and rudely blowed
The wind that tossed my foundering bark.
Deep horror then my vitals froze;
Death-struck, I ceased the tide to stem;
When suddenly a star arose
It was the star of Bethlehem.
It was my guide, my light, my all;
It bade my dark foreboding cease;
And thro’ the storm and danger’s thrall,
It led me to the port of peace . . .

It was performed by the Boston Camerata, and I recognized the singer’s airy soprano voice. She was Anne Azema. I’d seen her perform many times. Anne was French, possessing a warm, uncomplicated child’s face framed by a brash cloud of red, frizzy hair. She was married to Joel Cohen, the conductor, who was several years older than she, and Anne’s voice and Joel’s lute were always a treasured duo in the concert halls. Her voice was a last call from Boston to my life. It was time to come to terms with Missouri, leave Mother’s consoling, terrycloth world of Columbia, and eventually return to St. Louis, the city of my deceased father that I’d left in 1982.

On New Year’s Eve, I took a final walk of the year on the Katy trail, so named because it was the rail line for the old KATY railroad, which was now a bike and hiking path. It was a quiet pleasure having it to myself. Muddied skies cradled the Sun, a bronze rim along the tree line and falling west. Mist settled from the nearby creek, and I could see only a few feet ahead. The world was dead, brown, a cracking surface of dry leaves and twigs if you stepped off the trail. Sounds were sharp and clear, as if in a cathedral. It had been a rough year of adjustment, but all the change I’d had to cope with ended as I paused at the creek, admiring the fading pink canopy dipping below the branches.

I lifted my head and heard singing.

Somewhere in the distance, a man’s resonant bass voice floated on the air. It was steady voice whose deepness was oak and soil brought to song. It sounded like warm-up exercises, then changed into an aria, but I couldn’t make out the language. Operatic, perhaps, and it then switched to a folkish lilt, like Barber’s Knoxville, Summer of 1915.

The singer was beyond the mist. I followed the song to where the Sun’s last gold bled into the ground. I was extremely curious, moving forward to meet the singer, but the voice was out of my grasp, seeming like one of Thoreau’s meditations come to life: “A melody, as it were, imported into the wilderness . . .”

The distant lights of houses glowed along a ridge as the voice floated across the strengthening dusk. The more I sought the man, the more elusive he was. I stopped. The voice receded, no less vibrant and clear. It was as though Columbia sang to me in consolation. “Desire me like you do
Boston,” Columbia seemed to sing. “Let me be part of you. In this time of ghosts and solitude, hear my earthly voice as you once did hear the angelic soprano.”

The song ended. I waited for footsteps to crack and muffle. There was only silence.

When I returned to the darkened trail, a deep hooting made me look up. A horned owl was perched on a bare branch, one of many on the trail, like bleak roots upended against the early stars, host to owls ready to hunt. The field was thick with mice.

In six hours, this year of tears and obsession would die. I passed under the owl, saying goodbye to 1996.