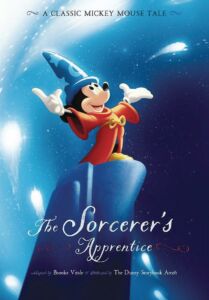 When I was a boy my parents would take me to the cinema. (That’s the Proustian opener out of the way). It would be either my father or my mother but never both, as I had brothers five years younger than me, identical twins, and my parents would take turns looking after them (and they were a handful) while the other one took me to see a movie. I remember seeing Walter Matthau in the movie Prisoner of Second Avenue with my dad, and both my mother and I being scared out of our wits seeing Carrie. I also remember classic Disney films.

The scene in Disney’s 1970 animation The Jungle Book in which the monkey King Louis (voiced by musician and band-leader Louis Prima) sings the song “I Wanna Be Like You” (also known as “King of the Swingers”) and is later joined by Baloo the bear, poorly disguised as an ape, is still a favorite of mine, to be visited whenever I feel gloomy. The same applies to “Everybody Wants to Be a Cat” from Jungle Book follow-up The Aristocats. My father took me to see those. But it was a scene in the Disney cartoon Mum took me to see, Fantasia, which lingers in the memory even more strongly. Now, all these decades later, I think I know why.

The film’s most famous scene and my favorite (although my mum preferred the hippos in tutus dancing ballet to Ponchielli’s Dance of the Hours) is Mickey Mouse as the sorcerer’s apprentice. Scored by composer Paul Dukas, the cartoon was a separate piece until Disney realized it would never make its money back alone and amalgamated it into Fantasia.

I loved Mickey in his silly outfit and outsize wizard’s hat. I can easily visualize the broomsticks marching up the stairs to the castle with their sloshing pails of water. It never occurred to me that there was a literary source to Mickey’s antics. If anyone had told me that it was based on a poem by a classical European writer, I would probably have blithered about Hans Christian Andersen or Oscar Wilde. You may ridicule me in the comments section, I deserve it, but I only recently found out the provenance of Mickey Mouse’s misadventures with magic.

The original story was written as a poem by Johann Wolfgang von Goethe in 1797. As this was less than a decade after the French revolution, it is tempting to search in Der Zauberlehrling for some symbolic commentary. Whether Goethe would have liked it or not, however, I believe there is something more prescient than retrospective in his tale of the hapless student of magic who uses his master’s spells with disastrous results. The ominous subtext to the poem looks not backwards in time, but forwards.

The Sorcerer’s Apprentice, both in the telling of Goethe and Walt Disney, is a tale of Faustian excess, a mythos which may be with us still, told through the medium of comic mismanagement. The plot is simple, as the magician’s pupil waits until the master is sleeping before opening his great book and trying out the spells for himself. He has been attentive, a good student, but lacks his teacher’s knowledge of when to use the dark arts and when not to;

I have watched with rigor
All he used to do,
And will now with vigor
Work my wonders too.

Like Goethe’s even more famous practitioner of magic, Faust, the apprentice uses his master’s arts for frivolous reasons. Where Faust asked Mephistopheles to provide him with fruits out of season (something any supermarket does now without the need for an infernal pact) and the power of invisibility, enabling him to play pranks, along with a sort of Blu-Ray holographic Helen of Troy for Faust to gaze on, the magician’s pupil has simpler needs, and simply runs a bath with supernatural help.

The problem is that the broom animated by Goethe’s apprentice — and by Mickey Mouse — simply continues to fetch water until the bath is overflowing. And this persistence is because the apprentice has forgotten the command to make this magical mischief stop:

Ah, I see it! Woe, oh woe!
I forget the word of might.
Ah, the word whose sound can straight
Make him what he was before!
Ah, he runs with nimble gait!
Would thou were a broom once more! 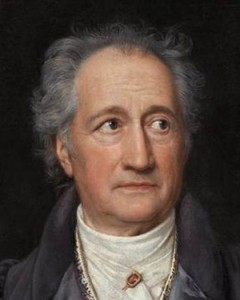 Like many a fictional conjurer, the apprentice has forgotten that just as spirits may be summoned by words of power, so too they must be put down by others. Aleister Crowley may have been insane, but he stressed the danger of conjuration without appropriate locks and guards. I am not suggesting that the spirits really did tramp around Crowley’s Parisian apartment — “And then the fun began!” — during a summoning, but his defensive protocols have an analog here in the non-spirit world.

And if we seek an echo of the misdeeds of the sorcerer, both in Goethe and in the House of Mouse, perhaps we should look to something equally out of control in our own times, and for which we — or our wizard class — have forgotten the word to end the charm. We accept technology as a boon with the occasional, A-bomb downside but it is far more dangerous than simply the threat of mushroom clouds. And it is dangerous precisely because it may fall into the wrong hands. Technology is, to quote the learned Freddie Mercury, a kind of magic.

The Sorcerer’s Apprentice is beginning to look as though it were telling the story of technology. And just as technology may be, today, in danger of running away like a “galloping” diesel engine (and I have seen an engineer run away himself from one of these on a canal boat), unstoppable and potentially ruinous, so too the pupil is discovering that one really must be careful what one wishes for, as he implores the broom:

In desperation, the pupil takes his hatchet and splits the broom in two (Mickey Mouse chops it into pieces), only to watch in horror as two brooms form and double the workload, a scene wonderfully imagined by Disney as hundreds of brooms bearing their pails of water march up the hill from the river to Mickey’s abode, Goethe’s “servants of my dreaded foe.”

But who is this foe of whom the apprentice speaks in terror? Not his master, who eventually arrives, like Prospero, to make all things well. Rather the precursor to technology, an artificially created and maintained domination over the world and its resources which appears at first to be a source of good before the apparent master realizes he has called up what he cannot put down, a staple doom of many a magician.

“Technology” comes from the Ancient Greek technē, a word with many nuances: to make, to do, to fashion, to craft. I have described it as science’s handmaiden just as philosophy was once described as the handmaiden to theology. Heidegger warned us on the subject, as did Faye. Technology is the provisional wing of science. But we may wonder whether perhaps we have not had enough. Perhaps Mickey’s bath is full now. The problem is, do we know the words of power to stop the too-helpful brooms? Modern technology clearly knows where the “on” switch is. What about the “off” switch?