The Plight of the Nearly White 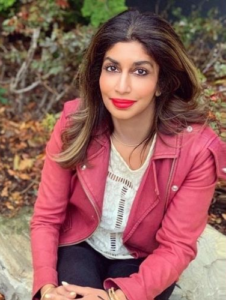 As far as I know, the blackest people in the world, the Dinka of Sudan, harbor little, if any, systematic dislike for people of unmistakably European descent. Likewise, the most mongoloid of Mongoloid peoples, who, mirabile dictu, are usually found in Mongolia, seem to be entirely free of systematic animus against the Fair Folk of planet Earth. At the same time, carefully cultivated hatred for people of the Caucasian persuasion is often expressed, more often verbally than kinetically, by individuals who, though in no danger whatsoever of being mistaken for Lithuanians or Faroese, might well be described as “nearly white.”

Some “nearly white” people meet the formal definition of “white” set down by the United States Bureau of the Census. That is, as Semites of one sort or the other, they qualify as persons “having origins in any of the original peoples of Europe, the Middle East, or North Africa.” Most “nearly white” people, however, received that status as a gift from duskier neighbors. That is, the category of “nearly white” includes South Asians who are somewhat less swarthy than most other denizens of the Subcontinent, mulattos of shades once described as “high yellow,” and mestizos who are less Indio than most other descendants of the penultimate wave of settlers to put down roots in the New World.

The pure hearts of Nilotic tribesmen, as well as the charitable disposition of the descendants of Genghis Khan, owe much to distance. In particular, the great expanses of sea, steppe, and savannah that separate them from peoples of other sorts allow them to acquire a high degree of amour propre. That is, like most of God’s creatures, they find themselves beautiful. To be more precise, define human beauty by their own standards.

When, however, peoples mix, an aesthetic hierarchy comes into existence. All concerned thus agree, often to their own chagrin, that paler people are more attractive than darker people, and that, in particular, whiter women are the fairest of them all. In places where pukka sahibs abound, they naturally occupy the highest rungs of this ladder of attractiveness. When, however, properly pale people are hard to come by, it is the nearly white who inhabit the penthouse suite.

Because of this, nearly white people who find themselves locations rich in persons of unmistakably European heritage necessarily experience a good deal of status deprivation. That is, those who were once the fairest of dark people become the duskiest of pale people, and previously enjoyed advantages, aesthetic and otherwise, go the way the Delhi Durbar.

Consider the case of Aruna Khilanani, the psychiatrist who punctuated an otherwise unremarkable exercise in solipsistic wokeness by confessing to “fantasies of unloading a revolver into the head of any white person.” In the land of her forefathers, Dr. Khilanani would have enjoyed decent prospects in the marriage market. (Readers who doubt this need only count the incidence of the adjective “fair” in the matrimonial advertisements printed in The Hindu.) As a result, she would have been far too busy avoiding the ire of a pyromaniac mother-in-law to dream about giving the Smith-and-Wesson treatment to blondes, brunettes, and redheads. In the realm of Tinder, however, the psychoanalytic pistolera is likely to garner fewer left swipes than a Twilight-reading poster girl for hydrogenated vegetable oil, and so possesses the motivation, and a sufficient number of free evenings, to conjure up scenarios in which she plays the role of a Desi Django.

It is easy to see how such a powerful reversal of fortune might lead to resentment, and how, in turn, such resentment might mature into white-hot antipathy. Merely by existing, the whitebread-and-mayonnaise set stands between the nearly white and the predominance they would otherwise enjoy. To put things more plainly, if it weren’t for white people, the nearly white would be, well, white.

And that, My Friends, is why they hate us.

[1] Older readers will recognize these lines as belonging to the refrain of “Halfway to Paradise.” Written in 1961 by the nearly white songwriting duo of Gary Goffin and Carole King, it was subsequently sung by, among others, the ubiquitous Tony Orlando, the unforgettable Bobby Vinton, and the all-but-forgotten Billy Fury.

« Pierre the Frog: The Art of the Club

» The Ways of Weeds: Better Living through Botany