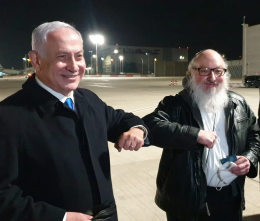 Unless things turn around right quick and proper, the city of Charlottesville, Virginia, will be seen as the Waterloo of white identity politics for the foreseeable future.

Even though the city is over two-thirds white and less than one-fifth black, it showed its dedication to white supremacy by electing a black female as its mayor back in November 2017, only a few months after that whole “Unite the Right” shindig.

Nikuyah Walker looks exactly like you’d expect a “Nikuyah Walker” to look. She’s fat, she’s black, she’s homely, and she has a whole Medusa’s worth of skinny, snakelike dreadlocks.

Last week on Facebook, she posted the following “poem”:

When people reacted with the requisite disgust and confusion, Mayor Hippo Lady doubled down with an album-length version of the same poem:

Charlottesville: The beautiful-ugly it is. It lynched you, hung the noose at city hall and pressed the souvenir that was once your finger against its lips. It covers your death with its good intentions. It is a place where white women with Black kids collects signature for a white man who questions whether a black woman understands white supremacy. It is destructively world class. White people say that it is a place where gentrification started with the election of a Black women in 2017 and because of white power, a lie becomes #facts. Its daily practice is that of separating you from your soul. Charlottesville is void of a moral compass. It’s as if good ole [Thomas Jefferson] is still cleverly using his whip to whip the current inhabitants into submissiveness. Charlottesville rapes you of your breaths. It suffocates your hopes and dreams. It liberates you by conveniently redefining liberation. It progressively chants while it conservatively acts. Charlottesville is anchored in white supremacy and rooted in racism. Charlottesville rapes you and covers you in sullied sheets.

If indeed the city of Charlottesville raped her, I must chastise it for having bad taste in rape victims.

When people failed to stop reacting negatively, Walker only used this as proof that what she said was correct, assuming you could even figure out what she said. She subsequently did a podcast with former City Councilor Wes Bellamy, who showed his commitment to anti-racist activism a few years ago with the following tweets (republished unaltered):

Lol funniest thing about being down south is seeing little white men and the look on their faces when they have to look up to you.

I DONT LIKE WHIT PEOPLE SO I HATE WHITE SNOW!!!!!

I feel sorry for the white people of Charlottesville, but hey, that’s just me.

Whites Accused Of “Unbearable Whiteness” For Caring About Climate Change

Beware of anyone who makes it impossible for you to win. First, they called you a Demon Archangel of the Apocalypse if you acted as if the whole “climate change” panic was overblown. Now they’re calling you a practitioner of “Unbearable Whiteness” (the phrase is embedded in the URL there) if you even bother to give a shit about climate change. You can’t win with these assholes.

At first glance, Sarah Jaquette Ray appears to be a butch white woman, but upon closer inspection, she actually resembles more what Bruce Jenner’s genetically engineered trans-baby would look like if the former Olympic gold medalist and star of Can’t Stop the Music decided to blow the rest of his $100-million fortune on a risky experimental operation enabling him to give birth to his own seed by injecting his semen into a laboratory vagina that had been spot-welded into his rectum. On second glance, Sarah Jaquette Ray also looks a little like that closeted animal-rights activist who went to Alaska and got eaten by a grizzly bear.

Ray’s recent essay for Scientific American — which clearly abandoned science long ago — fingers white people for. . . well. . . apparently being the only race that opens their mouths about climate change, and since it’s a capital cultural crime to blame black people for anything, all the white people who show up to all those exciting climate-change protests are merely engaging in a modern performative form of lynching:

. . . I have been struck by the fact that those responding to the concept of climate anxiety are overwhelmingly white. . . .

The white response to climate change is literally suffocating to people of color. . . It is a surprisingly short step from “chronic fear of environmental doom,” as the American Psychological Association defines ecoanxiety, to xenophobia and fascism.

Wait — Peeps O’ Color are being harmed by climate change, white people are trying to save this from this harm, and somehow this translates into “literally suffocating” nonwhites? Please take me off this broken merry-go-round and put me on a boat back home.

In other recent fangs-bared attacks on “whiteness,” a sullenly sour-pussed black man named Damon Young penned an essay in The Root called “Whiteness is a Pandemic”:

Whiteness is a public health crisis. It shortens life expectancies. . .

WHOA, hold it right there, Cosby Kid! Name a single black-majority nation on earth where blacks live longer than they do in the USA.

. . . it pollutes air, it constricts equilibrium, it devastates forests, it melts ice caps, it sparks (and funds) wars, it flattens dialects, it infests consciousnesses, and it kills people — white people and people who are not white, my mom included. There will be people who die, in 2050, because of white supremacy-induced decisions from 1850. . . . White supremacy is a virus that, like other viruses, will not die until there are no bodies left for it to infect. Which means the only way to stop it is to locate it, isolate it, extract it, and kill it. I guess a vaccine could work, too. But we’ve had 400 years to develop one, so I won’t hold my breath.

Writing for the Milwaukee Independent, John Pavlovitz — whose Wikipedia profile claims he was born into an Italian family with one of the least Italian-sounding surnames I’ve ever heard — compares “poisonous white masculinity” to cancer:

We’ve all seen the mass shootings, read the assault statistics, and inventoried the hate crimes and they speak for themselves. The pattern is undeniable, the repetition is clear. We know that the violence of white male nationalists is the greatest existential threat to this nation in our lifetime. . . . As prevalent as this rapidly-replicating cancer of toxic Caucasian masculinity has been and the damage it has done to oppressed, marginalized, and vulnerable communities here, it would not exist without another insidious collective illness: the complicit silence of decent white men.

Pavlovitz urges his allies to “invite turbulence” in “the places we reside: our families, friendships, neighborhoods, and workplaces.”

I beg Thor to invite turbulence in John Pavlovitz’s bowels.

Oakland: White Families Excluded From Handout Program For The Poor

In a country that is said to still be trapped in the murderous thrall of white privilege, the existence of white poverty is always excused with a dismissive handwave and a curt, “Well, they’re racist anyway, so they deserve it.”

Oakland, California is one of the most annoyingly black cities in the entire country. Even back in the late 1980s while driving through there, I noticed that it was the only black ghetto in the country where the graffiti included quotes from Chairman Mao alongside the requisite “I’m-a Kill Y’all” gang tagging. Oakland exists in a state of perpetual discomfort alongside Berkeley in the same way that the Black Panthers mingled with Leonard Bernstein’s friends in Tom Wolfe’s 1970 magazine piece “Radical Chic: That Party at Lenny’s.”

Oakland’s current mayor is Libby Schaaf, and although she embodies all things Berkeley, she was actually born in Oakland. And although about eight percent of her city’s white residents live below the poverty line, Schaaf has endorsed a recent program to give impoverished “families of color” $500 a month while letting the town’s poor whites sit and fester without so much as a wooden nickel.

When asked to defend this anti-white program, Schaaf cited stats that claim white Oakland households made three times as much money as black households, failing to note that whites typically make better software engineers than blacks and that Oakland is adjacent to Silicon Valley.

Schaaf failed to note whether or not Indian households in Oakland had a higher per-capita income than white households, but maybe she’s mentally retarded and thinks all “people of color” are black. And she failed to make a peep about how Jewish households such as her own are faring in Oakland’s Racial Per-Capita Income Derby.

In one of his last acts as president, Donald Trump pardoned Aviem Sella, an Israeli colonel who recruited Jewish American Jonathan Pollard as a Mossad asset to spy on American intelligence.

Now that he’s snug as a bug in a rug back in Israel, Pollard says that Jews “will always have dual loyalty” and should consider following in his footsteps. In an interview published last Thursday in Israel Hayom, Pollard said:

If you’re outside Israel, then you live in a society in which you are basically considered unreliable. . . . The bottom line on this charge of dual loyalty is, I’m sorry, we’re Jews, and if we’re Jews, we will always have dual loyalty. . . . You have to make a decision whether your concern for Israel and loyalty to Israel and loyalty to your fellow Jews is more important than your life.

Sorry, but the New York Times did all the digging and concluded that the whole “dual loyalty” thing was an anti-Semitic trope. Jonathan Pollard, you are one weird Jew.

In another flagrant example of how black Americans enrich our society, a 66-year-old Pakistani immigrant was murdered live and on camera by a pair of black girls in Washington, DC last week. The girls’ names are being withheld due to the fact that they are 13 and 15 years old — let’s call them “Carjacquia” and “Pregneshia” — but authorities plan to charge them with felony murder.

According to police, the two girls flagged down 66-year-old Mohammad Anwar, a driver for Uber Eats, then attempted to commandeer his vehicle after zapping him with a stun gun. The video shows Anwar struggling to remain inside the car as the two girls pile in the front seat and hit the gas pedal, causing the car to careen down the street and flip over after making a turn. National Guardsmen are shown apprehending the girls while Anwar, who would soon die of his injuries, sits in a broken lump on the pavement.

Technically, this is a black-on-Asian murder, but CNN avoided the race angle altogether and called it an “accident” in which Anwar was “fatally injured.”

In another story that is emblematic of the unending glory that is American blackness, a dreadlocked Minnesota black dude with a long rap sheet is accused of beating his baby mama in front of their screaming three-year-old child because she bought him a Quarter Pounder at McDonald’s instead of a Big Mac.