How To Survive the Apocalypse 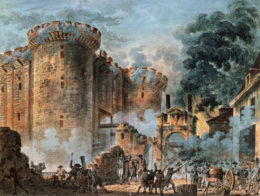 « The Politics of Meat: Dietary Anti-Marxism