The Unbearable Smallness of Modernity 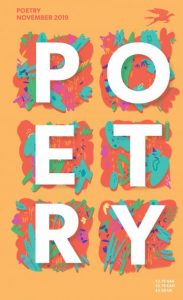 There is an old joke that has been variously ascribed to everyone from Leopold von Ranke to Henry Kissinger to the effect that “campus politics are the most vicious of all because the stakes are so low.” Everywhere I go now it seems that campus-style politics predominate. Sure, we face an existential crisis in the West, but to what end? Our enemies now seem more worthy of our pity than of our contempt. Dr. Faust sold his soul to the Devil for unlimited power and Helen of Troy. Our contemporary enemies have sold their souls for gay marriage and university safe spaces. It all seems so utterly banal, trite, and boring.

The intense naval gazing of the Left, with its obsession with sexual perversity, has had the effect of doing the unthinkable: making sex boring. My own nomination for the Hannah Arendt Banality of Evil Award goes to a young “lady” (i.e., a female-like semi-humanoid) approximately 4’11” tall weighing around 400 pounds that I saw on a video protesting somewhere who was wearing a t-shirt inscribed with the text “I AM NOT A SEX OBJECT.” Well, you got that right, sweetie. And you also win the prize for least self-aware Leftist of 2019. I wonder, is the complete lack of a sense of irony a form of autism or does it constitute a mental condition in its own right?

I mean, is it too much for those of us fighting every day for the preservation of the white race and Western civilization to ask for some worthy enemies? Like Saladin, or even those aliens from Independence Day. I think that part of the reason that the white race is just starting to awaken to the evil of “woke” culture is that it’s hard to take seriously people who want to genocide caucasians just so they can steal Air Jordans with impunity or change their pronouns with the changing of the tides, the seasons, or the phases of the moon. Is that all there is? Say it ain’t so, LaShonda.

It’s not so much that negroes and semites destroy everything they touch, it’s the smallness of their thinking that is truly so troublesome. Indeed, both negroes and their semitic overseers seem only to aspire to the condition demotically known as being “nigger rich.” For Trayvon, it’s shiny rims that spin and sparkle; for Schlomo, it’s shekels that do the same. Forget space exploration, great architecture, Beethoven’s Fifth. Neil Armstrong wasn’t interested in starting a chain of discount stores on the Sea of Tranquility, and Fifty Cent may not be able to read music, but he gets a lot more sweet poontang than Ludwig ever did. Loser goys. White devils.

Take poetry. Ezra Pound viewed his Cantos as nothing less than an attempt to chronicle and restore to wholeness the shattered fragments of Western civilization. The poetic programs of T. S. Eliot, Basil Bunting, and Charles Olson were hardly less ambitious. Pound’s words had so much effect that the American government actually took him seriously and gave him the left-handed compliment of indicting him for treason. It’s laughable even to consider that the government today is worried for one minute about what some trust fund graduate of the Iowa Writers Program has to say about anything. If you’re the FBI agent in charge of monitoring American MFA programs, you can be assured that your career is going nowhere.

Any current issue of Poetry magazine illustrates my point. Now, this is the magazine that brought to the forefront poets such as Pound, Eliot, Bunting, Wallace Stevens, D. H. Lawrence, Dylan Thomas, and pretty much anyone else who made the first quarter of the 20th century one of the greatest periods of poetic creativity. A review of the contents of the November 2019 issue of the magazine, however, reveals not so much a lack of talent but a lack of imagination. If the White race is renowned for its Faustian spirit, the dusky denizens of Africa, Meso-America, the Levant and their baizuo hangers-on are distinguished by artlessness, a poverty of spirit, and diminished souls.

The November issue begins with Sarah Maria Medina’s “América.” That’s right. It’s América, not America. Gotta get that accent acute in there to make sure this isn’t about that bad ol’ racist Anglo America but is actually about the new improved Hispanic América. Which is kinda funny, since the poem seems to be about a young girl being raped and killed by a non-Anglo at the Rio Grande. But of course, it’s actually Trump’s fault, because if the United States had real open borders instead of the current open borders but we don’t actually call it that, young Hispanic girls could cross the border legally without having to use Mexican coyotes.

Next we have “my miracle now” by Anita Jeffries, a self-described “black lesbian poet from the diaspora.” Ooooh, a quadruple threat: black, female, homosexual, and talentless. That’s one more than a hat trick. [NB: Black lesbians generally do not capitalize any words in their titles. That’s to show how oppressed they are. And if you are a black lesbian with a tenured position at an Ivy League school, generally you also lose the capitals in your name. Because if you are black, female, homosexual, making six figures in a job you can never be fired from and have to teach maybe a total of two courses a year, well, that’s just as bad as slavery. Probably worse.] Miss Jeffries’ poem is all about her queerness, inhabiting her queer body, and the millions (perhaps billions) of Dead Black Trans Girls who are killed each and every year. Oh, heck, it’s probably trillions. The poem is quite disjointed, but she does use the word “motherfucker” in the first line, so that means that it is an authentic expression of the black-female-homosexual-talentless experience.

Next under consideration is Kevin Craft’s prose poem “Coalition Partner,” which may be the most disturbing poem of all time. Seriously, if you think 120 Days of Sodom is a tough read, it’s nothing compared to this monstrosity, which is concerned with the poet’s dreams about Angela Merkel. Anyone not under the influence of LSD who dreams about Angela Merkel has a serious problem and is probably a danger to society. Fortunately, Mr. Craft teaches at Everett Community College in Washington state, so any collateral damage he may cause will be minimal.

There’s nothing like a good holiday poem, and the November issue of Poetry does not disappoint. John Spaulding’s “Hidden” is a nostalgic look at holiday seasons past, and is about a family traveling to a “Christian church” [cue three sinister chords ending on a tritone] on a “dark and foggy” Christmas Eve when a fire burns down the barn and his brother and a neighbor fall into a crevice hidden by snow and are lost. Although Mr. Spaulding does not say so explicitly, we can assume that Donald Trump is responsible for the misfortunes that the family endured that Christmas Eve.

The next two poems we will examine are by the black, negro, African-American poet of color of the diaspora Marcus Wicker [NB: The last white person named Marcus was Marcus Aurelius. Marcus Halberstram is only a pseudonym.] These poems are entitled “Reparations Metric Ending in Assisted Schadenfreude” and “Reparations Redefinition: Bond.” [NB: After the revolution, even after negroes are forcibly repatriated to Africa, there should be no negro who is not named Langston Hughes allowed to write poetry.] Compared to Anita Jeffries, Mr. Wicker is a veritable negro Ezra Pound. He not only uses a foreign word in the title of his first poem, he actually begins with a quotation from Ben Shapiro about the impossibility of accurately determining reparations ten generations after the end of slavery. Mr. Wicker seems to have forgotten the first rule of the Semite/Negro hierarchy. Semites are down for the cause, but not when it involves their shekels. The poet does redeem himself at the conclusion of the poem when he tells Mr. Shapiro to strap weights to his ankles and go float in a lake. In the second poem, Mr. Wicker restores his “street cred” by quoting an anti-white line from the poetic oeuvre of Ludacris, that ape-like rapper who is under the misapprehension that “ho” and “area code” actually rhyme. O tempora. O mores.

Martin Espada (who we assume is a Latinx, Chicano, Hispanic, Mestizo, person of color of another diaspora) is not only a poet of limited talent, he is also a critic who occasionally can string together several semi-intelligible sentences in a row. In today’s academic environment that makes him a polymath. Mr. Espada’s prose poem “Floaters” is a high dudgeon response to a post in a Border Patrol Facebook page in which agents refer to corpses floating in the Rio Grande as floaters. Of course, referring to something by a word describing its condition (e.g., floating corpses as floaters) is forbidden, because describing reality in realistic terms is ipso facto racist. Remember, reality is always racist because reality always goes against the approved Leftist narrative. [NB: The opposite of reality is not necessarily non-racist. For example, the opposite of floater is sinker, which could be construed as racist since the insinuation is that persons of color are unable to swim. It’s also important to remember that sinker is a 1940s slang expression for a donut, particularly one that is dunked into a cup of coffee. Donuts are inherently white and therefore inherently racist.]

Mr. Espada is also responsible for the critical essay “Filthy Presidentiad: Walt Whitman in the Age of Trump.” Mr. Espada believes that if we substitute the definition of Americanism as posited by Whitman we will avoid the horrible consequences of the brutally oppressive nationalistic fascistic Americanism of Donald Trump, you know, the fascistic Trump who has not built the border wall, whose immigration policies have allowed illegal immigration to skyrocket, and who is deporting illegals at one fourth the rate as that of the Obama administration. Tom Sleigh, an ostensibly white writer whose bio reassures us that he has spent a summer in Nigeria, contradicts Mr. Espada’s position and reminds us in his companion piece “One Way of Caring” that Whitman was just as bad as Trump.