Do Not Ever Cuck 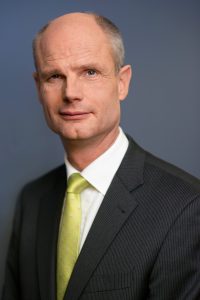 The following is reproduced from the Erkebrand Website, which is based in The Netherlands.

Many Right-wing thinkers have already considered the question: Why do Right-oriented politics have such a difficult time gaining a foothold in Western societies? An important reason is the so-called cucken. What is cucken, exactly, and why is it relevant?

It requires no explanation to understand that the aforementioned examples have nothing to do with genuine Right-wing politics. Nonetheless, there are countless Right-wing politicians who act in such a manner. In the United States, the term cuckservative has rightly been applied to various leaders in the Republican party, including John McCain, Jeb Bush, and Lindsay Graham. It is therefore no surprise that this category of “Right-wing” politicians are among the biggest opponents of President Donald Trump.

Cucks are also widely represented in Dutch politics. On paper, politicians like Mark Rutte, Sybrand Buma, and Kees van der Staaij may be on the Right, but in reality they never get in the way of the Left doing what it wants. And they are far from the only ones.

At least ninety percent of the “Right-wing” politicians who have been active in recent decades can be counted among the cucks. What did these politicians do when the Left took over the institutions, and the borders opened wide? What did “Christian” politicians do when gay marriage and gay adoption were introduced? The answer is nothing. In the worst case, they even worked toward it.

The meaning of the term cuck may be clear: a cuck betrays his principles, people, and land for money. A cuck is afraid to be called a racist, and therefore collaborates with the Left. Cucks have no backbone and bend at the least resistance.

Cucks are often even bigger traitors than Leftist politicians, who merely act in accordance with their stated ideals. The cuck, on the other hand, claims to be on the Right, but acts on the Left. A good example of this is our Minister of Foreign Affairs, Stef Blok. Blok recently came under fire after footage leaked out in which he criticized multicultural societies. Various Right-wing media praised the People’s Party for The Netherlands (VVD) for his statements, but that was a big mistake. If Blok actually stood by his statements, then why on earth is he in a party like the VVD? The answer is simple: money. For this he is prepared to sell his principles, people, and land.

The blocking of Blok did not stop there, however. After a refined smear campaign from the Left-wing media and various parties in the House of Representatives, this VVD member felt the pressure increase. And then he made his biggest mistake: he apologized. Like the good cuck that he is, he bowed to the Left’s will, hoping for forgiveness.

What cucks will never understand – after all, they are not men – is that apologizing never works. Yes, it might be hard to keep your back straight in such situations, but it will benefit your reputation and integrity in the long run. From the moment that Blok showed only this one sign of weakness, the Left knew he was a sitting duck. When he retracted his statements, he not only suffered a crushing defeat, but also conceded moral legitimacy to the Left, showing that as a politician, you should not criticize multicultural societies.

Unfortunately, even more promising politicians also exhibit such problems. In March, messages that had been written by a candidate for the Amsterdam city council from the Forum for Democracy (FvD) party, Yernaz Ramataursing, in a private Whatsapp group were leaked. In the messages, Ramataursing asked critical questions about homosexuals and race and IQ. Many politicians on both the Left and the Right referred to the messages as “shocking,” and he withdrew his candidacy. Although this statements were perfectly defensible from a scientific viewpoint, he bent to the Left’s conception of morality.

Last week, it was the same situation all over again. The media discovered that Dries van Langenhove, the chairman of the Flemish metapolitical movement Schild & Vrienden, had participated in the FvD’s summer school. Leftist journalists infiltrated the closed communication channels of Schild & Vrienden and discovered many “shocking” memes. Thierry Baudet, fearing guilt by association, distanced himself from Van Langenhove, and promised to improve the summer school’s screening process.

Bending, apologizing, and making concessions – or cucken – is nothing but succumbing to Red terror. Although there have certainly been some positive developments as well, this form of Marxist intimidation is still very effective. In this way, the Left has been able to dominate the public debate since the ’60s.

How do we break this negative spiral? We must learn from successful Right-wing politicians. Donald Trump did not bow to Left-wing intimidation. On the contrary: He continually attacked and never apologized. Trump is now the most powerful man on Earth. Likewise, the Italian minister Matteo Salvini and Brazilian politician Jaïr Bolsonaro are admirable in this respect, and are immensely popular among their supporters. You see: courage is rewarded.

Are you the victim of Left-wing intimidation? Do not give in. Defend your position or simply remain silent. In short: Do not ever cuck.

Note: This is an opinion article and does not necessarily reflect the views of the Erkenbrand study association.

« An Interview with Erkenbrand:
Awakening Ethnic Consciousness in The Netherlands