Lenders Should Lose:
Why Biden’s Student-Loan Forgiveness Is a Bad Idea 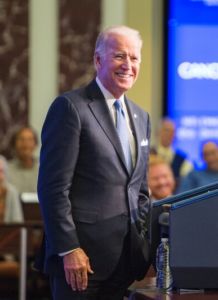 Author’s Note: On the August 28th, 2022 Counter-Currents Radio livestream, Gaddius Maximus and Sutton asked me to share my thoughts on Joe Biden’s student debt forgiveness plan. Hyacinth Bouquet transcribed my answer, and I have edited it. I wish to thank all of them for their help.

I still have student loan debts. Of course, I will take blanket forgiveness of a certain chunk of my student loans. Who wouldn’t? I’d be a fool not to. That means more money I can spend on nationalism. However, the Brandon administration’s plan to forgive $10,000 to $20,000 of student debt is a bad policy. It’s no way to run a country.

In my article “Thoughts on Debt Repudiation,” I argue that debt repudiation is sometimes a useful thing, because sometimes people, for whatever reason, go into debt, and they simply can’t repay it. To ask them to repay it is incompatible with them leading decent lives. The purpose of having an economy is to make it possible for people to lead decent lives; sometimes economic contracts get in the way of that; thus we need a way of wriggling out of them. That’s why we have bankruptcy.

If debt repudiation is something that every sensible, sane society should have, does it mean that Biden’s proposal to offer debt relief to everybody in a certain class is a good idea? No.

The primary goal of college education today is to produce Leftists, with spectacular success.

In fact, Leftists have become so overproduced that the cushy scribal jobs they hunger for are now out of reach for many of them. Many Leftists are pining away as baristas, clerks, and stockers.

Leftist overproduction is also one of the driving forces of wokism. Leftists who actually find jobs in their field use wokism as a tool of upward mobility. They seek to destroy the careers of their superiors to move on up the corporate hierarchy.

Even though I would benefit from student loan debt repudiation, there are a thousand baristas with gender studies degrees who would benefit as well. I would actually prefer to keep paying off my debts, just to know that these bastards are suffering. I’d be willing to have a little less money to spend on nationalism, knowing that a thousand of my enemies will have less money to spend on anti-white, anti-nationalist politics.

I know that’s ignoble, perhaps, but that’s how I see it. Biden is simply helping his friends and harming his enemies. I want to help my friends and harm my enemies, too. As long as we live in a world where there are enemies, that is the only rational way of going about things.

What would be the proper way of handling unbearable student loan debt? First of all, we’ve created moral hazards in our society by making it possible for people to get student loans on the assumption that every degree is worth something. That’s simply not true. There are some degrees that are not worth anything, and that are in fact likely to be a burden rather than a boon, economically speaking. Shouldn’t we discriminate against those degrees? Shouldn’t we refuse loans, or give loans at higher interest rates, or give smaller loans, for degrees like underwater basket weaving or black studies — useless degrees for useless people?

It is an economic decision to grant a loan to somebody. It’s based on the assumption that once a person gets a degree, he will be able to pay it back. Certain economic considerations must go into this, and yet that’s not allowed. A degree is a degree is a degree. That creates a moral hazard right there. It creates an incentive towards recklessness.

I would first make it more difficult for people to get student loans. That would, for one thing, cause universities to charge less, because one factor that causes university education to spiral in cost, ahead of all inflation, is the ease of getting loans.

What should you do if you actually, in good faith, go out and get a student loan and for some reason you can’t pay it back? You should be able to discharge this debt in bankruptcy court, like any other debt.

It is possible to discharge student loan debt in bankruptcy court; however, interestingly enough, Republicans in the Congress, and the lenders behind them, made this much more difficult. This was during the George W. Bush administration.

Lenders, of course, don’t want to make it easy for you to go bankrupt; and if you find it very difficult to go bankrupt, that’s a moral hazard again. Lenders are going to say, “Open the spigots! The suckers can’t wriggle out of this easily. They’ll be stuck paying; and if they can’t pay, then eventually the government — the taxpayer — will end up paying.”

Do bankrupts lose? They shrug off debt, but they have credit problems. It’s still worth it to them.

Biden’s voters love the idea of blanket forgiveness of student debts. But lenders love it, too, because they can’t lose! I don’t like legislation that is premised on the assumption that lenders should never lose.

There’s a furious debate about student loan forgiveness between the liberal Left and the cuck Right. But on one thing, they are united. They are absolutely united in the assumption that lenders shouldn’t lose. The people on the cucked Right want you to pay those lenders back. “It’s a loan; pay it back!” You’ve seen the memes. The people on the Left are absolutely bound and determined that lenders should never lose, either; otherwise, they would not have the government provide debt relief.

Lenders have a great deal of power in America today, unfortunately, so they are dictating the parameters of this debate: The lenders can never lose. I think we need to change the frame of the debate.

We should not be debating whether or not the government should cancel a portion of everybody’s student debt. That’s just a bad idea across the board, and Republicans are right to oppose that.

They’re just being their old, dumb selves. They are not being populists; they’re being “fiscally conservative” all of a sudden, when it suits them. It never suits them when it comes to giving away money to foreign powers; we’ve noted that. But when it comes to social welfare giveaways, they suddenly discover that they’re fiscal conservatives. The entire country is drowning in a sea of debt, and they decide to be fiscal conservatives about something like this. It seems mean and cheap; but frankly, it’s closer to the right policy.

Once we discard the premise that lenders should never lose, however, the solution to the student debt crisis is easy. Student debt is not an across-the-board problem. It’s a problem with certain people. These people should be allowed to bankrupt their way out of this debt, and lenders should lose.

» Counter-Currents Radio Podcast No. 482 It Was a Very Good Year on The Writers’ Bloc