The Counter-Currents 2018 Fundraiser
Raising the Standards of Discourse 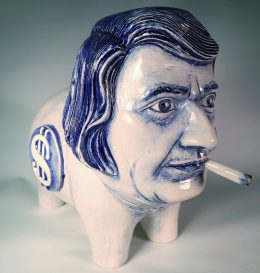 Rand Piggy Bank Auction Update: So far we have received 2 bids, and the high bid stands at $675.

Our fundraiser has picked up quite a bit since our last update a week ago. We have received 25 donations, totaling $4,043, for which we are very grateful. Our goal this year is to raise $70,000. So far, we have received 83 donations totaling $12,312.94. So we are almost one fifth of the way there. See below for new incentives to give.

To help take our fundraiser to the next level, Charles Krafft has donated one of his Ayn Rand piggy banks to be auctioned off. Right now, only one of these piggy banks is in any collection in the world. (That would be mine.) If you want this piggy bank to be yours, the starting bid is $650 (plus the actual cost of postage anywhere in the world). To bid, simply email me at [email protected]. I will post bid amounts here, so you can keep track, and I will keep all bidders informed by email. Bidding will close on Sunday, August 26th at 5 pm Eastern Standard time. 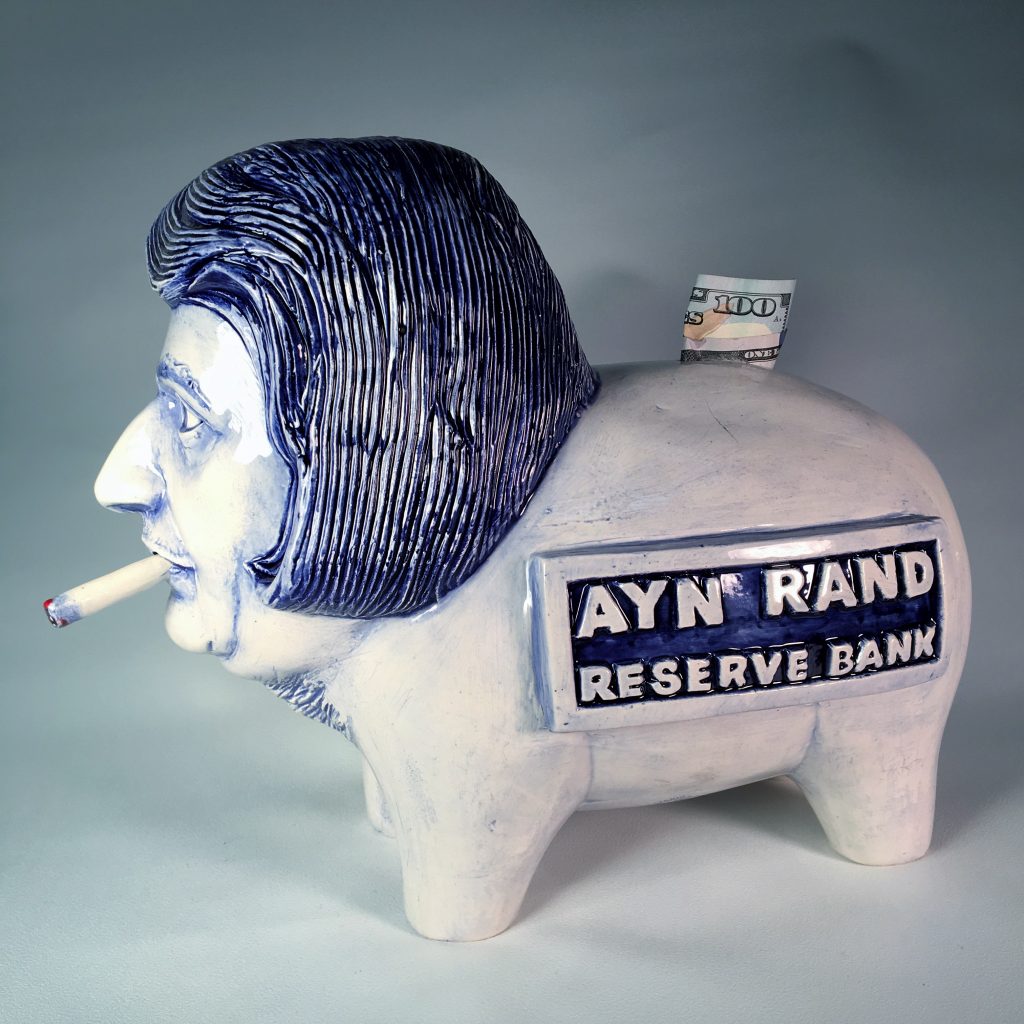