Toward a New Political Cosmogony for The Republic 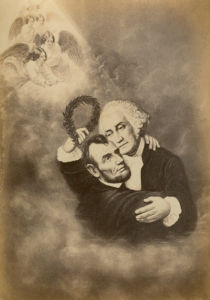 The Apotheosis of Abraham Lincoln, ca. 1865

The US midterm elections have come and gone and not much has changed in the world because of them. The consensus among my esteemed colleagues here at Counter-Currents is that the GOP’s lackluster performance reflected its lackluster nature. Aquilonius’ devastating rhetorical body blow sums it up best: “What is the one thing that is less cool than a dude who cut off his own frank and beans? Answer: A stuffy Republican in a suit droning on about the free market and political decency.” Indeed, the GOP performance was uninspired, uninspiring, formulaic, and above all, boring. Call me old-fashioned, but a revolution against an evil ruling class should be at the very least mildly entertaining.

« A Bad Idea Whose Time Has Come