The White Liberal Question: A Nietzschean Response to Jason Köhne 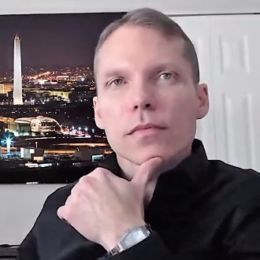 I recently watched an interesting debate centered on the Jewish Question between Mark Collett of Patriotic Alternative and Jason Köhne of No White Guilt. If you’ve been around this scene for a while, the debate wasn’t earthshattering. Lines have been drawn. Sides chosen. Listeners knew the arguments that both sides were going to make before they made them. And yet, what was truly great about the debate was that both sides made them, clearly and succinctly. Around and around the two went before they stumbled onto the questions of our age: How does our movement reach the man on the street, and how should a dissident movement present itself in order to create political change? These are fair points, and they are not discussed enough.

Mark Collett stressed intellectual honesty, and channeling newfound curiosity amongst ideological initiates into philosophical questions of ultimate sovereignty. Who rules you, and why? Here was where the debate got interesting. Replying to Mark, Köhne said, “How do we reach our brothers and sisters? What is in their heads?” In other words, you can’t reach the normies if you talk about the Jews. A familiar argument. But Köhne added an enormous twist.

What differentiates Köhne from other people who argued this — “evangelicals love Israel” — isn’t what he adds to the debate, but rather who he is trying to reach. Köhne’s chosen handle, “No White Guilt,” says it all. If there exists a conservative or Right-leaning individual with white guilt, I haven’t met them yet, and his book entitled Going Free appears to be an obvious appeal to liberals on the basis of a conservative trope about them. But even at this point my mind couldn’t seem to accept what Köhne was suggesting — that is, until he struck it over the head with a bludgeon of cosmopolitan mannerisms and Martin Luther King-style rhetoric: He is trying to appeal to urban, white liberals.

We all know that an attempt to reach our fellow brothers and sisters from Libtopia is going to fail — and fail miserably. But why? Köhne is far from the only one on the Right who believes that the blue horde of white liberals are not beyond redemption if only they would give up their sinning ways. The 80-ton pink elephant in the room wearing a bow tie that no one wishes to acknowledge, however, is why do liberals insist on anti-white policies, despite being white themselves? Nietzsche offers some insight.

The conservative trope is that liberals are self-hating. I would argue just the opposite. In Thus Spake Zarathustra, Nietzsche compared the Self to a tree, and he compared the winds that blew the tree from side to side to the Self’s subconscious motivating desires and creative ambitions. The white liberal is the tree, and the anti-white zeitgeist blows through liberals on a sub-conscious level, animating their will to power, which in turn manifests itself and creates its own version of anti-whitism that is fundamentally different from the dogma held by other racial groups. The urban, white liberal then uses this creation of their subconscious as a sledgehammer to beat down their closest competition: other whites. In this regard, the white liberal’s will to power understands anti-white ideology to be a powerful tool. This is why they so zealously promote it. Entire professions such as law, medicine, psychology, and so on are essentially gate-kept by anti-white liberals. Thus, in that sense urban white liberals are best understood as a tribe amongst themselves, and their fiercest enemy is Middle America — both American and European Middle America. When the white liberal professes his own woke virtues, it’s therefore best understood as a call to arms against an enemy tribe.

But how is the white liberal’s version of anti-whitism different from that of other groups, you may ask? In their version, white means Middle America — even the Middle America that votes Democrat. It means you grew up near a lake or a river and had a rope swing, rather than a gated liberal colony. It means your parents were not white liberals or professionals who read The New Yorker. It means that you reside in some watering hole in flyover country, not a proper shitlib stronghold. It means you don’t have a sister getting married in Australia and a brother living in England. It means you didn’t go to school with people like them. It means you are not a part of their international caste of mid-level bureaucrats. And most importantly, it means that you were not raised from childhood to support their value system, which is only a reflection of their caste’s will to power.

It is for this reason that Köhne’s plan will fail. Liberals rightly understand that Köhne’s plan to set them free will ultimately disempower them. Let’s be honest: Disarming anti-white ideology only disarms white liberals, not conservatives. It’s in this regard that liberals’ in-group bias needs to be understood. While liberals have a very low in-group preference (kinship to others in their racial group) by conservative standards, by their own standards they have a tremendous in-group preference for themselves. This can be demonstrated whenever liberals occupy a new neighborhood in a three-phase attack.

The first phase occurs immediately after they move into a new neighborhood. Here, explorer-liberals begin with a three-pronged attack on the mostly Republican-leaning local populace. The first phase is thus a mass display of yard signs. A normally conservative community with American flags and crucifixes will slowly and surely become decorated with sporadic BLM and “Hate has No Home Here” signs as the elderly residents pass away and other families are forced to sell their homes because of the economic situation. As houses are put on the market, explorer-liberals report back to their cohort and the mass-moving is set into motion.

The second phase of the attack centers on the establishment of businesses aligned with woke values: coffee shops with BLM flags, clothing stores with “Trans Lives Matter” attire, homosexual exclusive establishments, and so on. These establishments are almost always hostile to the locals, and seek “elite” clientele. It’s at this phase that white liberals establish themselves as an economic force in the war zone. The local populace, often working 12 hours a day, rarely pays much attention.

The third and final phase takes place after the white urban liberals have accumulated enough weight in the community, but are still very much a minority. They launch a full-scale assault on the local government. School boards are cleared, supervisors and governors are challenged, judges are forced out. The urban white liberal is counting on low voter turnout in the community’s elections, as the local people are accustomed to their conservative-leaning representatives winning every year. If the assault succeeds, nothing short of a bloodless coup emerges: American flags are lowered and gay pride flags raised in 24 hours’ time. The victors then begin the process of systematically raising the standards of living in the newly-conquered territory and expelling everyone else who is not of their tribe.

If the assault fails, the liberals will simply bide their time and strike from the shadows at their enemy’s throat at the next chance they get. This process is replicated at the institutional and professional levels, as well through the use of “woke” values. In that sense, urban, white liberals need to be understood as a grove of pine trees, poisoning the ground they grow on with acid so that no competing trees can spring up.