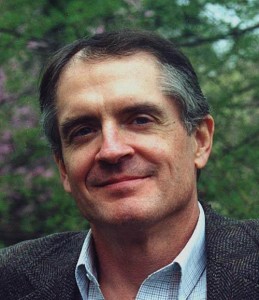 If one is reading this website it is highly likely that one has experienced a disastrous face-to-face racial reckoning event. It could be managing some form of African pathology as a supervisor, it could be experiencing a vicious crime, or it could be some other frustration that brought one here. The sudden realization that we aren’t really created equal, that the dream of Martin Luther King is really a nightmare, and that white Americans are under threat as at no other point in their history might make a person do something stupid, but before taking some rash action, one should calm down and read up on the basics of race realism.

There are many well-written books on this subject that can provide some clarity which can then help a person in their daily life and professional career.

Jared Taylor, Paved with Good Intentions: The Failure of Race Relations in Contemporary America (1992). This book was first published at a time when mainstream American culture tolerated free speech on racial matters — unlike today. The book focuses on race relations since the mid-1960s, and presents the case for sub-Saharan behavior being the main cause of the problem.

Paved with Good Intentions is part of Mr. Taylor’s phenomenal work on race realism, and is fortified by Jared Taylor’s publication American Renaissance. However, one needs to know that AmRen is neutral on the Jewish Question. Additionally, the journal and website lumped sub-Saharan blacks in with Hispanics for a very long time, which I thought was unfair to Hispanics. Recently, they have taken a more nuanced view of Hispanics, and this nuance should be explored further.

Hispanic is a false racial category. It was cynically contrived in the 1970s for those with Spanish blood to obtain benefits under the new “civil rights” regime as the sub-Saharans were doing. Many Hispanics are entirely white, and many more are mostly white with only some Indian blood. Hispanics, such as they are, don’t vote in a bloc like sub-Saharans, nor do they close ranks around their own criminals like the sub-Saharans do.

Two events have influenced the Hispanic equation. One was the Trayvon Martin affair in 2012. Then, a Hispanic of Peruvian origins shot and killed a sub-Saharan who was attacking him; the Democratic Party and mainstream media hyped the incident to improve Obama’s reelection chances by bringing out the angry sub-Saharans. The Peruvian-Hispanic George Zimmerman was turned into a “white” Hispanic by the mainstream media and treated with the same scorn as a working-class descendant of a Confederate veteran would have been in similar circumstances. The other was when immigration along the southern US border shifted from Mexicans from the country’s northern states, who are not much different from the Hispanics of south Texas and New Mexico, to those from southern Mexico, Central America, and other parts of South America. Tejanos – Mexicans in Texas — became as much a victim of the Great Replacement as other whites in America.

American Renaissance also has a “whites and Asians together” narrative. This narrative is based on the idea that white and Asian IQs are on average higher than sub-Saharans. Personally, I’ve found that most Asians I’ve worked with tended to be a professional disappointment, despite their alleged “high IQ.”

American Renaissance got its start in the 1990s, when the racial fault lines seemed to be whites and Asians vs. “blacks” and Hispanics. During the 1993 Rodney King riots, whites had a great deal of sympathy for Asians who were being attacked by rioting sub-Saharans. Whites were also growing disappointed with sub-Saharans’ social failures in spite of the enormous support they were given in the wake of the “civil rights” movement; pointing to Asian economic success in America was a coping mechanism.

But despite these criticisms, it is an outstanding publication.

Lawrence Auster, The Evolution of One Person’s Views on Racial Differences in Intelligence (1995). Auster was a Jewish convert to Christianity. Until his death in 2013, he was a blogger who analyzed the “passing scene” of newsworthy events from a Right-wing perspective. He took complex ideas and crystalized them into a form that was easy to grasp and understand.

Auster was a man ahead of his time. His ideas have spread to the cusp of the mainstream, but he had a caustic and sour personality who blew hot and cold with other race realists. He had a falling out with Jared Taylor over what he felt was too much sympathy for “anti-Semites” at American Renaissance. Nonetheless, his work was extremely valuable.

This book not only explores IQ differences between whites and sub-Saharans, but also points out their different ways of thinking and how this has resulted in sub-Saharan neighborhoods and nations becoming so dismal. Auster writes:

A corollary [to the sub-Saharan] lack of orientation toward objective facts and ideas is the relative intellectual and moral passivity of blacks. While there are many decent, upright black people, there is a notable failure on the part of blacks effectively to resist the bad people in their communities. The result is that the bad people — the orators, the hustlers, the corrupt, the despots — always seem to rise to the top. That is why black countries, and black-run cities in America, are the way they are. There are good people living in those places, but for the most part they are only good in their private, familial sphere. They are not actively good in the social and political sense and thus rarely take leadership or succeed in creating a civilized political order. The number of morally courageous and principled blacks who actively resist the corruption and racialist conformism around them is very limited; in fact, such upright and intelligent blacks often separate themselves from the black community when they recognize how unwelcome they are in it.

Wilmot Robertson, The Dispossessed Majority (1972). This book was an underground bestseller. Had it gained any mainstream publicity, the entire American political system would have changed 40 years ago. It is a work of both race realism and political theory. Robertson was an old-stock American of Pennsylvanian heritage. He argued that the United States was involved in a racial conflict between the American majority, colonial-stock Americans, and those who could assimilate into that stock, such as Poles, Croatians, the Irish, etc. and minorities. The minorities are not just non-whites; they are a coalition of Jews and white ethics who could not assimilate into the mainstream. Minorities, especially Jews, were subversive in the Cold War, got involved with “civil rights,” and supported crime as a way of waging racial warfare.

Greg Johnson, The White Nationalist Manifesto (2018). Unlike Jared Taylor’s Paved with Good Intentions, the publishing industry moved to suppress The White Nationalist Manifesto with the fury and speed of an aroused Bolshevik Commissar during Stalin’s regime. The book is written in a style that is easy to read. It argues that White Nationalism is already a political power, pointing out that white genocide is a very real threat. It conveys the truth that the organized Jewish community does indeed operate as a hostile elite. It argues that governments should align their objectives with the needs of their white populations, and points out that White Nationalism is in harmony with reality. White interests will likely prevail.