An Ethnographic Guide to Political Groups in America 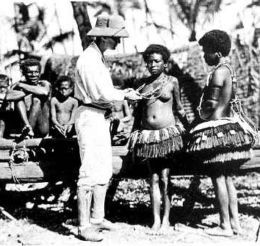 My samples may not be representative of the whole. I can only tell of what I have seen.

Mainstream leftists care primarily about being seen as good people. Some of them really are, but some of them are not.

» FDR & His Triumvirate of Stooges