Counter-Currents Radio Podcast No. 439 A Pox on Elon Musk on The Writers’ Bloc 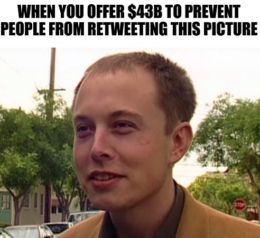 Pox Populi was host Nick Jeelvy‘s guest on the latest broadcast of The Writers’ Bloc, where they talked about Elon Musk’s efforts to purchase Twitter and answer your questions, among other topics, and it is now available for download and online listening.