Terror in Waukesha, a Review 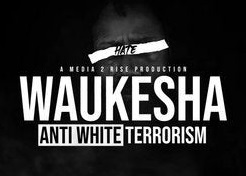 One of the more difficult things for me as an undercover dissident is managing my anger. I don’t think I need to explain this in the post-2020 election, post-Floyd era we are now in. Usually, when I see enemy propaganda — or even our own, which deconstructs enemy propaganda — I just cannot bear it. The blatant imbalance of power and the anti-white hatred on the part of our enemies can be hard to take if I don’t want my day to be ruined.

Fortunately, Media2Rise’s documentary Terror in Waukesha won’t ruin your day; it will make it. Its production values, tight script, clever editing, and clear narration (which appears helpfully onscreen) lead us down the tried-and-true path of citizen journalists filming themselves while taking on The Big Story. Television footage and police audio play a big role, as do interviews, animation, found footage, and a haunting song by Hiraeth at the end — all of which speak to the comprehensive research, resourcefulness, and technical proficiency of the Media2Rise team.

As is often the case, The Big Story becomes The Big Cover-up, which then becomes just as interesting as the story itself. Michael Moore popularized this kind of documentary filmmaking with Roger and Me back in 1989. 33 years later, director Robert Rundo and Media2Rise give us Terror in Waukesha, in which the stakes are much higher and the terror is very real. It will keep your anger at a nice, red-hot simmer, exactly where it needs to be.

On November 21, 2021, a black man named Darrell Brooks rammed his red Ford Escape into the annual Christmas parade in Waukesha, Wisconsin, murdering six and injuring 62 more. He weaved through the crowd in order to maximize the slaughter. Most of the victims were elderly, although one was an eight-year-old boy. All of the victims were white. Perhaps this was why the mainstream national media underreported the event and all but ignored Brooks’ long criminal history and penchant for violent, anti-white rhetoric. 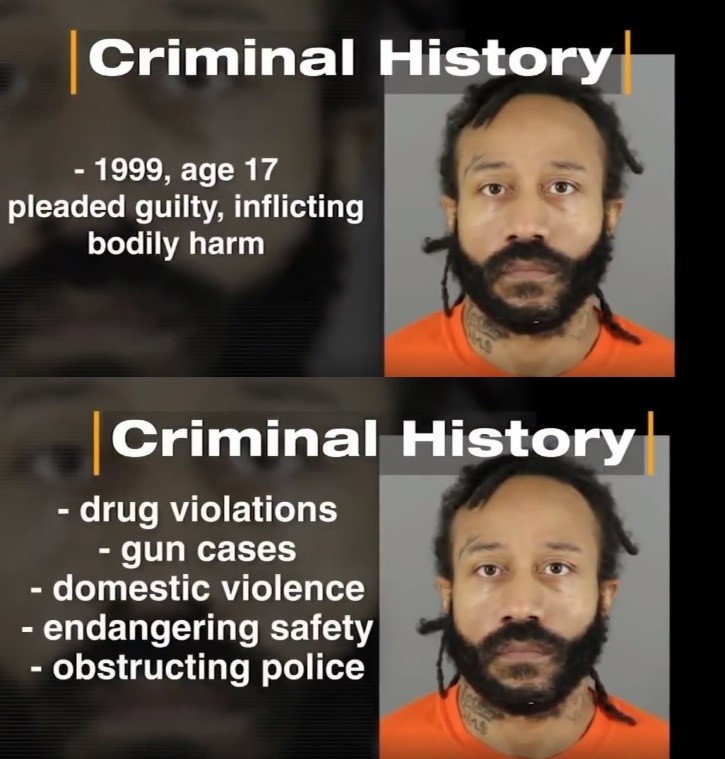 Media2Rise, along with members of the National Justice Party, went to Waukesha following the event to uncover the truth about what had happened — not only on that black day, but beforehand, when someone as obviously deranged as Darrell Brooks had been allowed to commit such a horrific act. From the very beginning, they rightfully frame the mass murder as an anti-white attack, and they spare nothing in uncovering its causes.

The team delves into Brooks’ social media and reveals that he was another aspiring rapper (in this case, literally) who was fully in thrall to black supremacist dogma and the violent gangsta lifestyle. His nom de guerre was “MathBoi Fly.”

Another wrinkle in the story was how Brooks had been freed from jail on a mere $1,000 bond just days prior to the attack. Why? As the Media2Rise team quickly discovers, we really don’t know. The transcript of Brooks’ bail hearing has inexplicably vanished. This only inspired more digging by Media2Rise:

With just a little bit of research, it becomes crystal clear that his [Brooks’] release was a desired outcome of a well-funded network of Left-wing activists posing as bail reformers and bail disrupters. Among this network is District Attorney John Chisholm, the attorney who oversaw Brooks’ bail hearing. Chisholm’s record shows that he lets out 65% of felons without bail or only light bail. This is most likely due to his membership in the radical Left-wing non-governmental organization Measures for Justice, which is funded by Jewish billionaire George Soros through his Open Society Foundations. This is just a tiny link in the chain that binds these far-Left networks that supposedly aim at fighting for racial justice by letting out black violent criminals onto the street under the guise of bail reform.

Media2Rise then links Measures for Justice to antifa, Black Lives Matter, and the odious Bail Project, which did what it could to release Brooks from jail so he could commit more crimes. For example, one Bail Project employee is an antifa terrorist who was caught on camera distributing arms to Black Lives Matter rioters. She also led the fundraising campaign to get Darrell Brooks back on the street after the Waukesha attack. The documentary explicitly states that this coalition is connected through “money, ideology, and ethnic networking.”

How’s that for not pulling punches?

The team at first tries and fails to reach elected officials by phone, such as the Waukesha’s mayor. They also try and fail to interview Darrell Brooks’ mother. As expected, the team gets doors slammed in their faces, both figuratively and literally. Media2Rise then take the novel step of interviewing Brooks in prison. What they get out of him is a flat denial of one media claim that Brooks had plowed through the parade not because he wanted to commit murder but because he was trying to escape law enforcement.

They also contacted Terry Dittrich of the Waukesha Country GOP who, after chewing their ears off for two minutes about the economy, admits that Brooks did intend to kill white people. But, as we are accustomed to hear from the GOP, Dittrich felt it would be too inflammatory at that time to demand that Brooks’ heinous act be deemed a hate crime. Unfortunately, Senator Ron Johnson had the same opinion and went on the local news to explain why the mass-murder of whites by an anti-white terrorist should not be considered a hate crime. Johnson is on the record as saying he’s not a supporter of “federal hate crimes.” Nevertheless, Terror in Waukesha exposes how he voted for the COVID-19 Hate Crime Act in April 2021, which was pushed by the Jewish special interest group, the Anti-Defamation League.

Terror in Waukesha demonstrates perfectly why the GOP is losing its base to more populist leaders. The GOP refuses to fight when we need them to, and it cares more for Jewish interests than for white ones.

The documentary ends on a high note with the Media2Rise team, National Justice activists, and others protesting outside the Waukesha County courthouse. Mike Enoch makes an appearance with a bullhorn, and the filmmakers treat us to a nice montage of the town and its people. In a stunning interview, we receive the following words of wisdom from one of protestors:

This is like everybody’s kid that was killed. This was everybody’s grandmother who was killed. People who were maimed . . . white people have to start thinking like that. . . . George Floyd, a criminal, dies of a drug overdose . . . while he’s being arrested, and blacks all over the world make it like he’s one of them, you know? We need to do that. . . . An attack on one white person anywhere is an attack on all of us. That’s the way the Jews act. That’s the way blacks act. And that’s the way we gotta start acting. . . . You can’t just be like, “Oh, boy, I’m glad it wasn’t my kid. I’m glad it wasn’t my grandmother.” No. It’s like that could have been my kid or grandmother. You gotta stand up. And I think what we’re trying to do here today is to be an example.

Media2Rise should be congratulated for producing a superb documentary about an urgent topic. Terror in Waukesha is exactly what the pro-white community needs, not just for morale, but for outreach as well — and to always remember the tragedy and terror that happened in Waukesha.